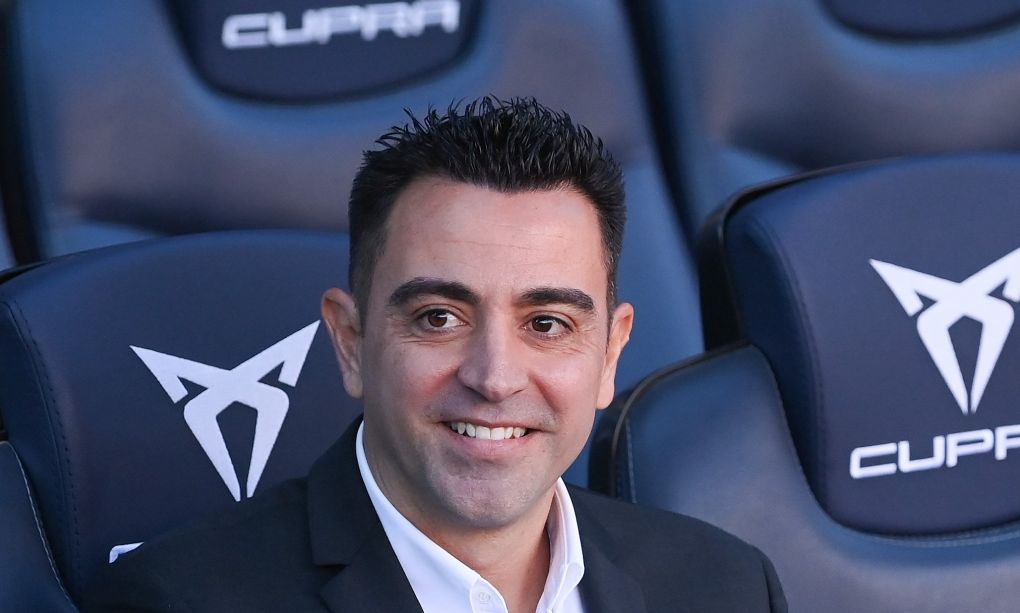 Xavi Hernandez is already making his presence felt at Barcelona as he looks to change recent fortunes at Camp Nou.

The Blaugrana legend was officially unveiled as Ronald Koeman‘s successor on Monday in front of an excited Camp Nou.

It’s an exciting new era for Barca and there’s no doubting that Xavi is the right man for Barca in this very moment.

This a club needing to rediscover its identity, and Xavi, if he brings nothing else, will do just that.

Win, lose or draw, Barcelona are now likely to play the kind of football fans want to see, and we should see Camp Nou begin to fill up again.

But it is interesting to see the approach Xavi has taken within his first few days as Barcelona boss.

During his unveiling, the new Barca boss spoke of the need for ‘rules’ to reintroduce discipline to the Camp Nou dressing room.

Those new rules include the banning of risky activities, such as surfing, while players must arrive an hour-and-a-half early for training and late nights within in the two days before games are off the table.

The introduction of such rules have been met with delight from fans, many of whom believe players have been able to get away with too much and for too long.

There is merit to that. Barca need to reintroduce the professionalism of a very top club if they want to play like one on the pitch.

Xavi, as a young boss who is working with some ex-teammates, also needs to stamp his authority.

But it is a risky move from the former Al-Sadd boss.

The best case is that the rules work, Barcelona go on to win titles and in a few years, either Xavi will walk away to take a break or the players will push him out the door when they have enough. That’s all too common with intense coaches.

But worst case is that the rules wear on people pretty quickly amid a lack of success on the pitch.

Players are generally happy to give up their personal lives, pass on activities they love doing in their spare time if it means success and titles.

That tolerance goes out the window pretty quickly if the titles don’t arrive, and it doesn’t take an expert to surmise that the Blaugrana are currently a long way away from a major title.

Now, in this case, with a number of young players, significant progress may be enough to keep everyone aboard the project, but the risk is undoubtedly there.

If Xavi doesn’t achieve success or progress, he may just be making the bed for a player revolt.

That’s not necessarily a criticism, and it’s not to say Xavi is doing the wrong thing here.

The best coaches take these risks, they put themselves in positions where they either succeed or fall off a steep cliff.

But amid the fanfare around these supposed ‘rules’, it’s worth keeping in mind that the strategy is a risky one, and even in the best case, such an approach is not usually conducive to long tenures.