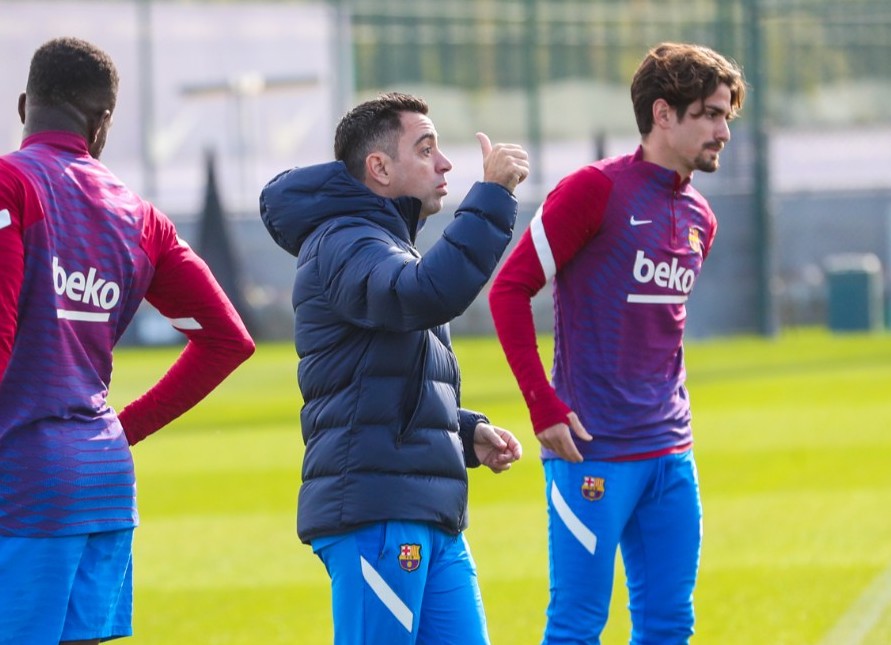 Xavi is hard at work building his Barcelona. He took over at Camp Nou at the beginning of last week, and will take charge of his first match this coming weekend against Espanyol. Little by little, the Catalan club are recovering their injured players and welcoming back returning internationals. His team is taking shape.

One of the great unknowns of Xavi’s Barcelona, note Marca, is what his midfield is going to be. It’s the one area of the pitch where Barcelona are spoilt for choice; the Catalan coach can choose between Sergio Busquets, Frenkie de Jong, Pedri, Gavi, Nico, Sergi Roberto, Philippe Coutinho and Riqui Puig.

Under Ronald Koeman, his predecessor, the preferred midfield three was always Busquets, De Jong and Pedri, although in Pedri’s recent injury-enforced absence Gavi and Nico have made great strides and established themselves as viable alternatives.

Busquets has looked much better under Luis Enrique with La Roja than with Barcelona this season, while De Jong has endured a tough year all round. Pedri, still out of action, has a fight on his hands when he finally returns to full fitness.

As mentioned, Gavi and Nico have been revelations this season. The former has even broken into Luis Enrique’s Spain side, and was the best player on the pitch as they beat Sweden in his home city of Seville to secure a place at the 2022 World Cup in Qatar.

Puig, Roberto and Coutinho have all been out of favour under Koeman, playing out of position in Roberto’s case or failing to nail down a consistent run in the team in the case of the other two. If Xavi can find a way to revitalise their Barcelona careers, however, it could prove to be a real boon.