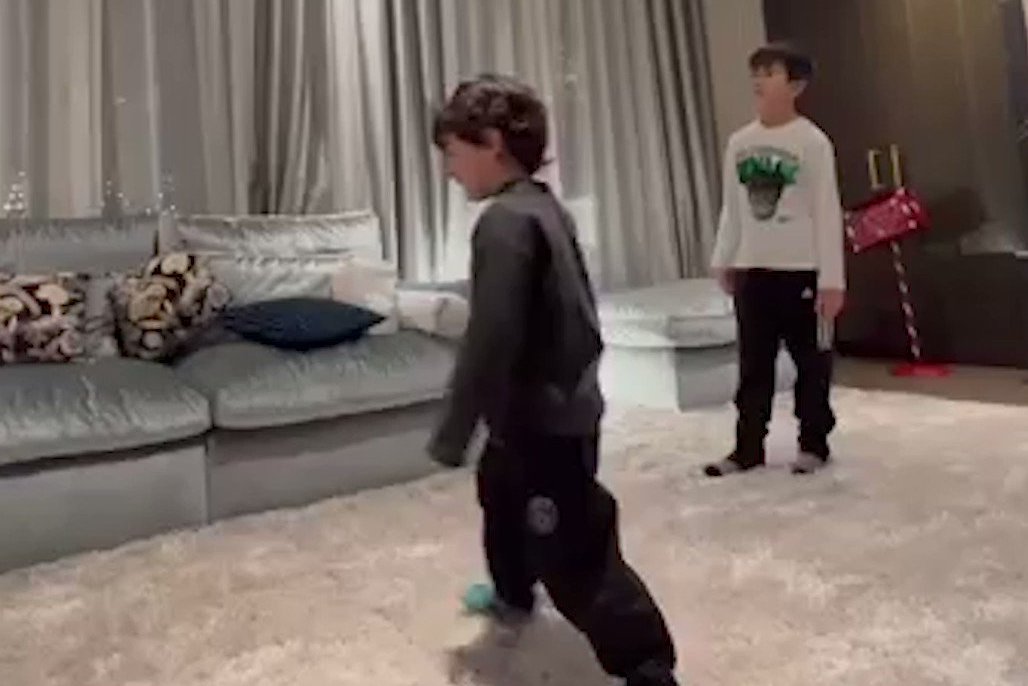 Lionel Messi spent Wednesday evening playing football with his three children at his home in Paris, filmed by his wife Antonella. 24 hours previous he scored a brace in the Champions League in Paris Saint-Germain’s 4-1 defeat of Club Brugge.

The Argentine has endured a slow start to life at the Parc des Princes after his high-profile free transfer from Barcelona at the tail end of the summer transfer window. Things are picking up now, however, and he’s contributed six goals and four assists in 14 appearances for his new club in all competitions.

Messi also won a seventh Ballon d’Or last Monday, beating Bayern Munich centre-forward Robert Lewandowski to the prize. Now 34, he wins number seven 12 years on from number one, which he won as a fresh-faced 22-year-old. Judging by the enthusiasm – and spiky challenges – of his three children, one of them might follow in his footsteps and pursue a football career.

To think people were concerned about the physical treatment Ligue 1 defenders could dish out to Lionel Messi. Mateo is a little hatchet man. pic.twitter.com/9wisgobckG