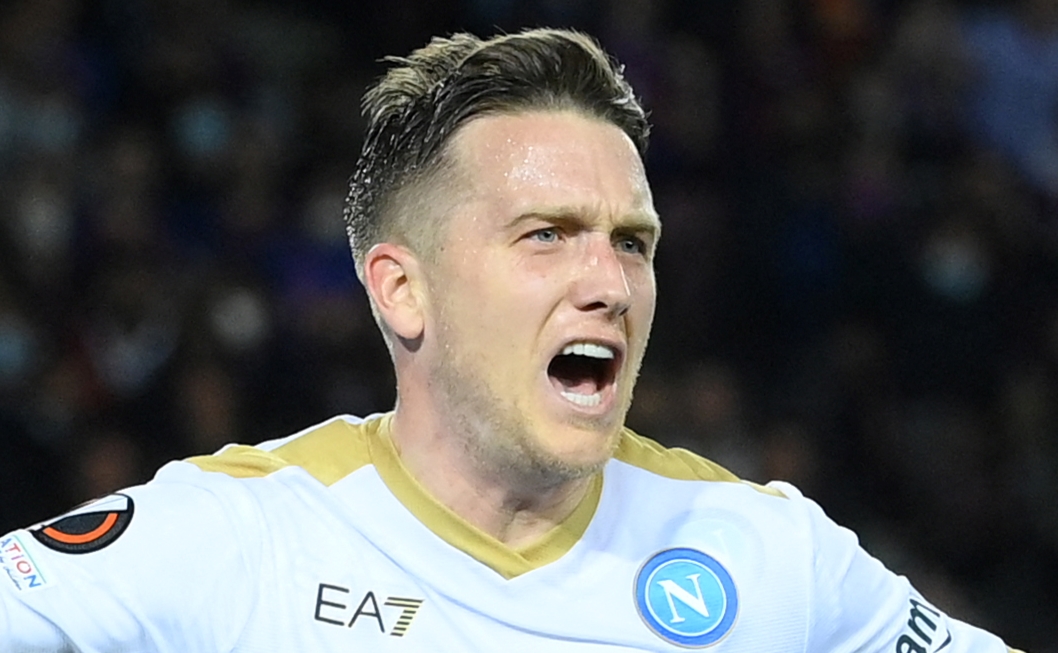 Barcelona have once against shown their defensive frailties.

The Blaugrana had all of the chances early on in their Europa League knockout playoff round first leg clash with Napoli.

But they still found themselves behind at the break, with Plotr Zielinski putting the visitors ahead at Camp Nou.

Zielinski got on the end of a pull-back to take a powerful strike on goal, and somehow, Andre ter Stegen‘s save found its way through the middle of four Barcelona players back to the Napoli star who hammered home.

Ter Stegen could perhaps have done better to parry the ball elsewhere, but two if not three Barcelona players are marking thin air and barely move as the ball finds its way back to Zielinksi.

It’s a very poor goal to concede, and it already gives Barca an uphill battle, with Napoli likely to sit behind the ball in the second half.

The ball somehow found its way back to Zielinski (circled)

Eric Garcia and Oscar Mingueza are the centre-back pairing, but this was simply a poor goal to concede.

You can take a look below depending on your location.

Barcelona fall behind against Napoli… 🤭

A brilliant team move from the visitors, and on his second attempt, Piotr Zieliński slams the ball home! 💥