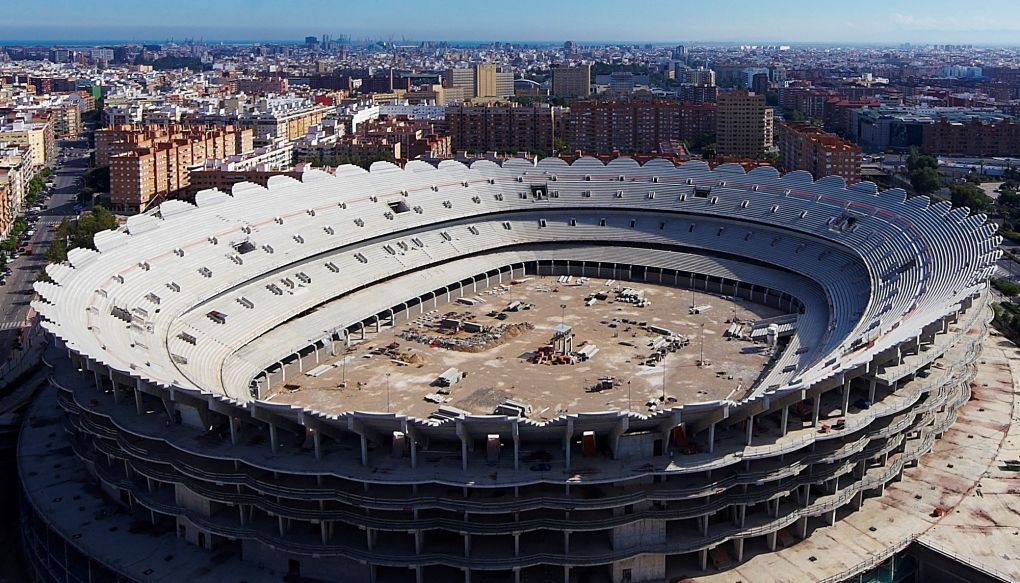 The half-built stadium has not been touch for around 13 years, Valencia unable to finish it due to financial issues.

But La Liga’s CVC deal, which saw each club granted a large chunk of money, has given Valencia fresh hope.

Valencia will receive around €125million from the deal, and for the most part, it has to be spent on infrastructure.

Finishing Nou Mestalla falls under that, and a city chief has backed Los Ché by making his position clear.

Valencia still have an ATE granted which, in short, is the permission the club need to progress the stadium.

Some city officials have called for it to be revoked due to a lack of progress on the building of the stadium, but the city’s Minister of Economy Rafael Climent has backed Los Ché.

Climent says the ATE should remain in place for the time being due to the fresh hope Valencia have been given with the CVC deal.

He told A Punt: “In my opinion, this is not the time to expire the ATE for a simple reason, and I will speak as clearly as possible.

“We have just denied the extension after some allegations from the club to the first refusal and we are in a process in which Valencia have the possibility of filing an administrative dispute.

“The club has two months to carry out this procedure.”

For many years, the city have been desperate for Valencia to finish the stadium, and the building site has not been a great look, albeit it is located on the outskirts in a neighbourhood named Benicalap.

Patience was worn thin for many city officials after years of broken promises from Valencia, but it is now time for Los Ché to make a solid commitment or they could lose permission to finish the ground altogether.

At this stage, Climent is not willing to grant Valencia an extension, but he is in favour of Valencia finishing the stadium.

The denial of the extension is likely a move to put Los Ché in a position where they must make a commitment before the allotted time runs out, rather than kicking the can further down the road again.