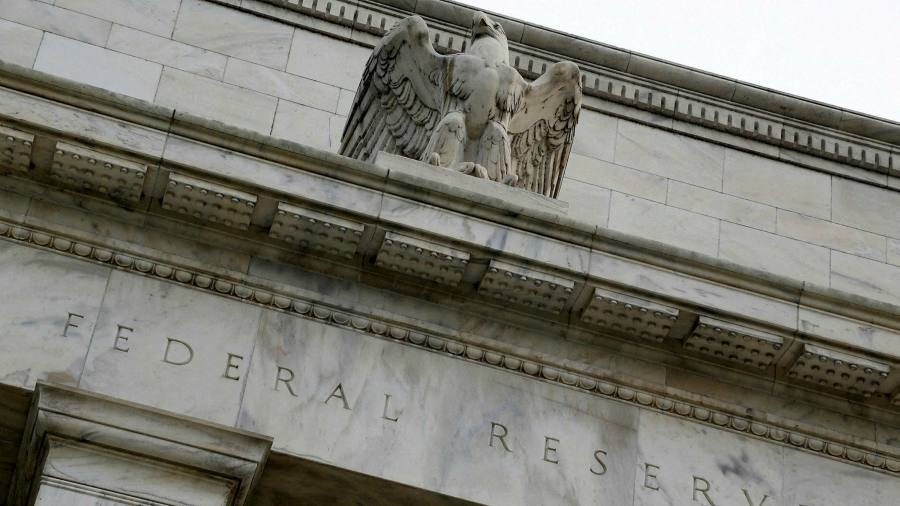 The US Federal Reserve on Thursday gave passing grades to all 33 of the country’s biggest banks in annual stress tests, which gauged each lender’s ability to weather a severe economic downturn.

In a series of doomsday hypothetical scenarios drafted by the Fed, the banks would collectively lose $612bn, and the group’s capital ratios would decline to 9.7 per cent, more than double the minimum requirement, the Fed said.

The banks, which included JPMorgan Chase and Goldman Sachs as well as US subsidiaries of foreign banks such as Credit Suisse, had to show they maintained capital levels above the government-mandated minimums after enduring the scenarios outlined by the Fed in February.

The results are an endorsement of the financial strength of the largest US banks, some of which are classified by regulators as systemically important to the economy.

Credit Suisse’s US subsidiary experienced the biggest capital hit in the stress tests, with its common equity tier one, or CET1, capital ratio declining by almost eight percentage points, followed by HSBC and Goldman.

The bulk of the hypothetical losses came from $450bn in loan losses and $100bn in trading and counterparty losses. Compared to last year’s stress tests, the banks reported more than $50bn in additional losses and took greater hits to their capital reserves.

“This year’s hypothetical scenario is tougher than the 2021 test, by design, and includes a severe global recession with substantial stress in commercial real estate and corporate debt markets,” the Fed said in a statement, attributing the banks’ resilience to the “substantial” build-up of capital since the global financial crisis more than a decade prior.

Industry lobby groups were quick to praise the outcome. The Bank Policy Institute said the stress tests were “much more severe than any post-World War II recession” while the Financial Services Forum said the results underscored “the strength and resiliency of the nation’s largest banks”.

The passing grades, which analysts had expected, come amid growing concerns of an impending economic downturn. Jay Powell, the Fed chair, acknowledged this week that a US recession is “certainly a possibility” as the central bank confronts the fastest inflation in roughly 40 years.

The stress test scenarios included a nearly 40 per cent decline in commercial real estate prices, a 55 per cent drop in stock prices, higher stress in the corporate debt market and a 10 per cent unemployment rate — a far more acute crisis than what economists expect next year.

The results of the annual test, which is required under the post-crisis Dodd-Frank financial regulations, will help determine the so-called stress-test capital buffer for each bank. This is the amount of CET1 capital they have to hold in excess of regulatory minimums relative to their risk-weighted assets.

The stress capital buffer is a combination of the maximum losses of CET1 capital during the stress test and the bank’s capital return plans for the next 12 months to shareholders through dividends*.

Banks will be able to publicly confirm their stress-capital buffer starting from Monday, when they may also reveal their shareholder return plans.

Analysts expect dividends to tick up this year although they predict the pace of share buybacks at the biggest banks will slow.

The Fed has faced criticism in recent years for changes to the stress tests that its detractors say make it easier for financial institutions to game them. Under the leadership of Randal Quarles — the Fed’s former vice-chair for supervision, who stepped down in November — the tests became more transparent and the central bank was no longer able to publicly fail institutions based on qualitative assessments of their underlying strength. Michael Barr, a former top Treasury department official, is awaiting Senate confirmation to fill the post vacated by Quarles.

“It is past time for the Fed to implement rigorous stress tests and strong capital requirements,” Sherrod Brown, the Democratic chair of the Senate banking committee, said in a statement on Thursday.

“Wall Street bank CEOs have raised the alarm bells that an economic hurricane is coming, but the reality is that the largest banks aren’t doing what they need to do to protect the economy from the next crisis,” he added. “Instead of building up capital to withstand losses or investing in the real economy and workers, they’re planning to spend $80 billion in stock buybacks and dividends.”

Phillip Basil, director of banking policy at advocacy group Better Markets, said the Fed stress tests “continue to be too stress-less” since the banks’ performance was improved by deregulation during the Trump administration.