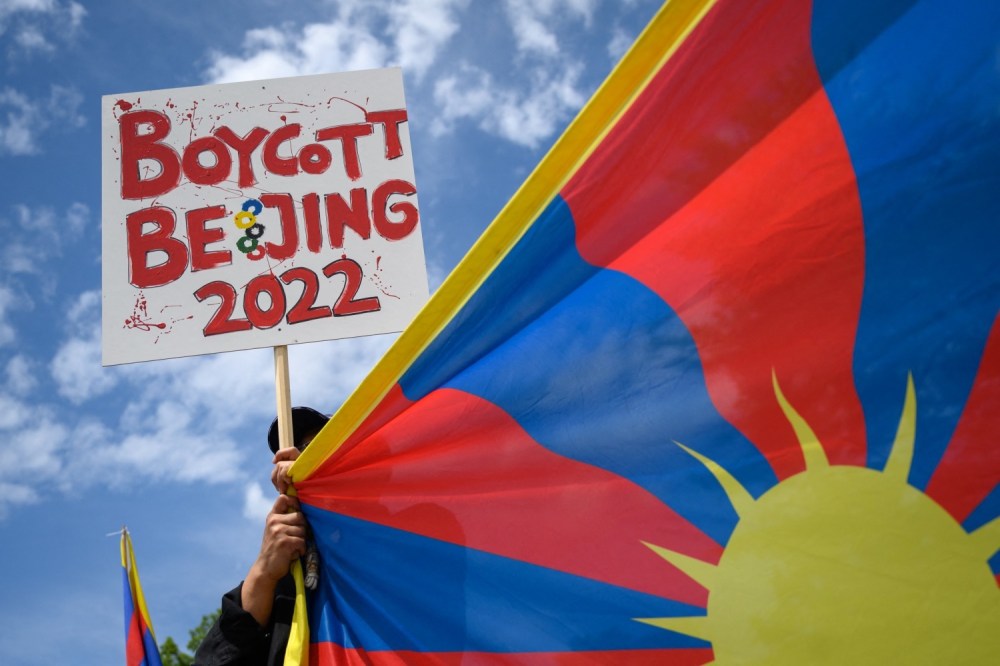 The Biden administration has decided not to send U.S. officials to the 2022 Beijing Winter Olympics due to China’s poor human rights record, a move that sparked Beijing’s anger—and could push other countries to follow suit.

Activists have long urged Washington to boycott the Winter Games to protest Beijing’s human rights abuses, which include its brutal detention of more than one million Uyghurs and crackdowns in Hong Kong. These demands were amplified in recent weeks when Peng Shuai, a Chinese tennis star, almost completely disappeared from public life after accusing a senior Communist Party official of sexual assault.

Chinese officials were, unsurprisingly, furious over the news. “This severely tarnishes the spirit of the Olympic Charter,” said Chinese Foreign Ministry spokesman Zhao Lijian, before warning of Beijing’s countermeasures. “The U.S. should stop politicizing sports.”

Changing calculus. In practice, the 2022 Winter Olympics won’t look that different, despite facing a diplomatic boycott. American athletes can still participate in the games, and will remain largely unaffected by the decision. “The athletes on Team USA have our full support,” said White House Press Secretary Jen Psaki. “We will be behind them 100 percent as we cheer them on from home.”

But the decision is a symbolic affront to China, which has grown accustomed to others overlooking its abuses to preserve economic and political relations. In sports in particular, organizations generally steer clear of criticizing Beijing to avoid jeopardizing key business deals or offending a major market. Individuals who do speak out, like soccer player Mesut Özil or the Houston Rockets’ former general manager Daryl Morey, can risk their reputations and careers.

Chain reaction? As the Winter Games approach, the U.S. boycott could push other countries to reconsider their stances. New Zealand and Lithuania have already announced their own boycotts, while the United Kingdom, the Netherlands, Australia, and Canada have said that they are now weighing their options.

“U.S. diplomatic or official representation would treat these Games as business as usual in the face of the PRC’s egregious human rights abuses and atrocities in Xinjiang,” said Psaki.  “And we simply can’t do that.”

High-stakes meeting. U.S. President Joe Biden and Russian President Vladimir Putin are set to meet virtually today as tensions escalate over Ukraine. The stakes are high: U.S. officials warn that Moscow is planning a military offensive that could include as many as 175,000 troops in early 2022.

At the meeting, Putin is expected to demand guarantees that Ukraine does not become a member of NATO, although Biden has resisted making such promises. In the case of an invasion, Washington has also threatened to dispatch troops to eastern Europe and impose severe sanctions. “We’ve made it clear to the Kremlin that we will respond resolutely, including with a range of high impact economic measures that we have refrained from using in the past,” U.S. Secretary of State Antony Blinken said.

But Biden is running out of time to bolster Ukraine’s defenses, FP’s Amy Mackinnon, Jack Detsch, and Robbie Gramer write. As Washington grapples with the prospect of full-scale war, some U.S. officials fear that it is making dangerous miscalculations—just as it did when Russia invaded Ukraine in 2014.

Austria’s new chancellor. Austria’s former interior minister Karl Nehammer has been officially sworn in as the country’s new chancellor, becoming the fifth person to hold the title in four years. He is coming to power during a tumultuous period in Austrian politics, with dual resignations shaking the country just last week. Hours after former chancellor Sebastian Kurz announced he was leaving politics on Thursday, then-chancellor Alexander Schallenberg also stepped down.

“I will approach my office as chancellor with great seriousness and respect,” Nehammer said after being sworn in. “There is an incredible amount to do.”

Facebook comes under fire. Dozens of Rohingya refugees are suing Facebook for $150 billion, accusing the company of amplifying hate speech and promoting violence against the minority group in Myanmar. In 2017, a violent military crackdown killed an estimated 10,000 Rohingya and displaced thousands more. The following year, Facebook acknowledged that it failed to stop users from inciting violence.

Facebook was “willing to trade the lives of the Rohingya people for better market penetration in a small country in south-east Asia,” the lawsuit said. The company has yet to publicly respond to the news.

Britain’s cocaine controversy. After a British newspaper reported that traces of cocaine were discovered in 11 locations in Parliament—including a bathroom close to Prime Minister Boris Johnson’s office—House of Commons speaker Lindsay Hoyle called in the British authorities.

“The accounts of drug misuse in Parliament given to the Sunday Times are deeply concerning—and I will be raising them as a priority with the Metropolitan Police this week,” said Hoyle. Johnson’s official spokesperson, Max Blain, echoed Hoyle’s remarks, saying that the reports were “concerning.”

Haiti hostages. Three of the 17 American and Canadian missionaries who were kidnapped in Haiti months ago have been released, following the release of two other missionaries in November. The group, which included five children, was abducted on Oct. 16. Haitian officials say their kidnappers—a gang called 400 Mawozo—demanded a $1 million ransom for each hostage, although it is unclear if this money was ever paid.

After six streets in a Belgian village were renamed in honor of historic women, one renaming in particular has upset locals: the street named after Marie Cornillie.

According to Lut Vanoverberghe, a local historian who wrote a 170-page book about Cornillie, she was an arrogant landowner who preferred her dog to the other villagers. She also had a habit of urinating in public spaces—which she then made her coachman clean. “If she had to take a pee on the way somewhere, she just did it next to the carriage,” said Vanoverberghe. “And no, I’m not talking about her dog, I’m talking about Cornillie herself.”

The local history club has suggested renaming the street Sara Nieulantstraat after another historic figure, but to no avail. The local government believes the street name would be too hard to pronounce.