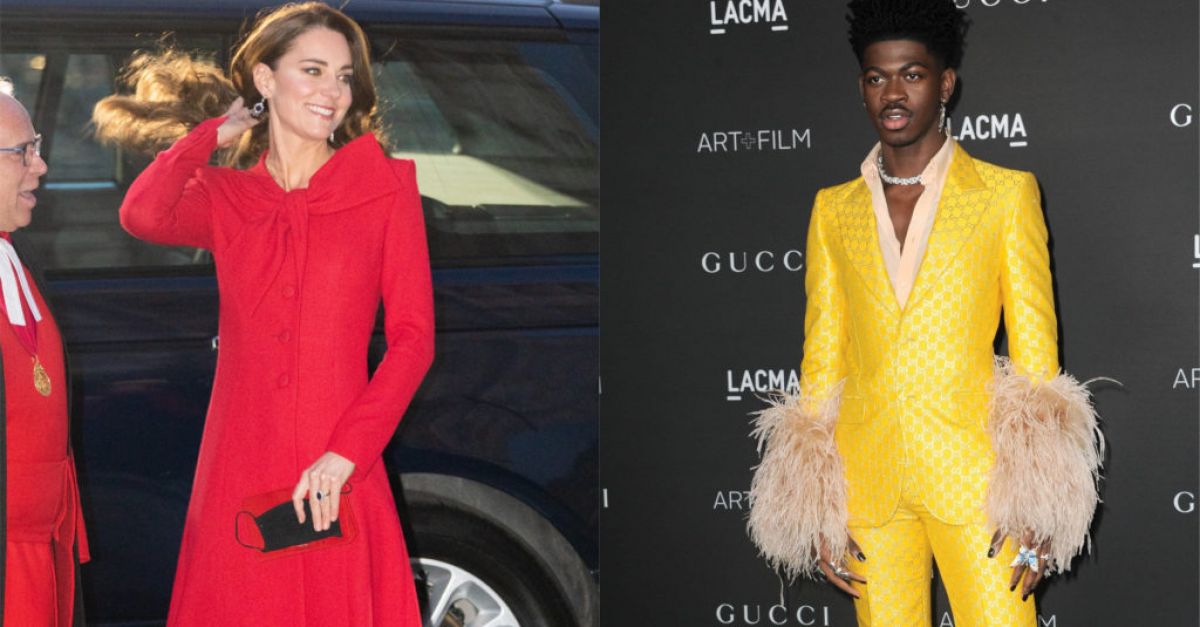 It has certainly not been a dull year for fashion, with celebrities taking their return to the red carpet extremely seriously.

That means we’ve been gifted with a whole host of viral outfits in 2021, and plenty of inspiration for our own wardrobes.

Fashion marketplace lovethesales.com has identified the top tastemakers and outfits we’ve been searching for this year…

Kim Kardashian West wins the award for most viral outfit of the year – while also taking home the crown for most confusing ensemble. For the rescheduled Met Gala (held in September instead of its normal May slot), Kardashian West donned an all-black outfit by Balenciaga – with not an inch of skin on show, even on her face.

While some people were puzzled about how this fitted into the night’s theme of America: A Lexicon of Fashion, Kardashian West wrote on Instagram: “What’s more American than a T-shirt head to toe?!”

Everyone was so keen to find out more, lovethesales.com reported a 317 per cent increase in searches for Balenciaga clothing after Kardashian West debuted this look.

2. The Duchess of Cambridge

Always one to embrace a theme, Britain’s Duchess of Cambridge really got into the festive spirit in a fire engine red dress for the Together At Christmas community carol service at Westminster Abbey in early December.

Adding to the Christmas vibe, Kate’s outfit was topped off with a bow – resulting in a 257 per cent increase in searches for bow tie dresses.

Over the past few years, Harry Styles has solidified his place as one of the most exciting voices in menswear. For the Grammy Awards in March, he made a case for bringing back feather boas. On the red carpet, he wore a yellow houndstooth blazer topped off with a purple feather boa, before changing to perform in a black leather suit and green boa.

Unsurprisingly, this sparked an 182 per cent increase in searches for feather boas – while also making us wish we’d kept ours from the Nineties.

While Dua Lipa normally favours Noughties-inspired fashion, for the Brit Awards in May she went back to the 1990s.

With a beehive nodding to Amy Winehouse, Lipa donned a yellow Vivienne Westwood dress in the designer’s signature corset style – a look we couldn’t get enough of, with searches for gold dresses rising by 91 per cent.

Lil Nas X was one of the sartorial winners of the Met Gala in September, wearing a three-part outfit starting with a full gold suit of armour.

It was certainly a memorable look, but apparently not the one that really caught our eye – instead, we’ve been coveting the Gucci suit with feather cuffs he wore to the LACMA (Los Angeles County Museum of Art) Art + Film gala in November, with searches for yellow suits rising by 78 per cent.