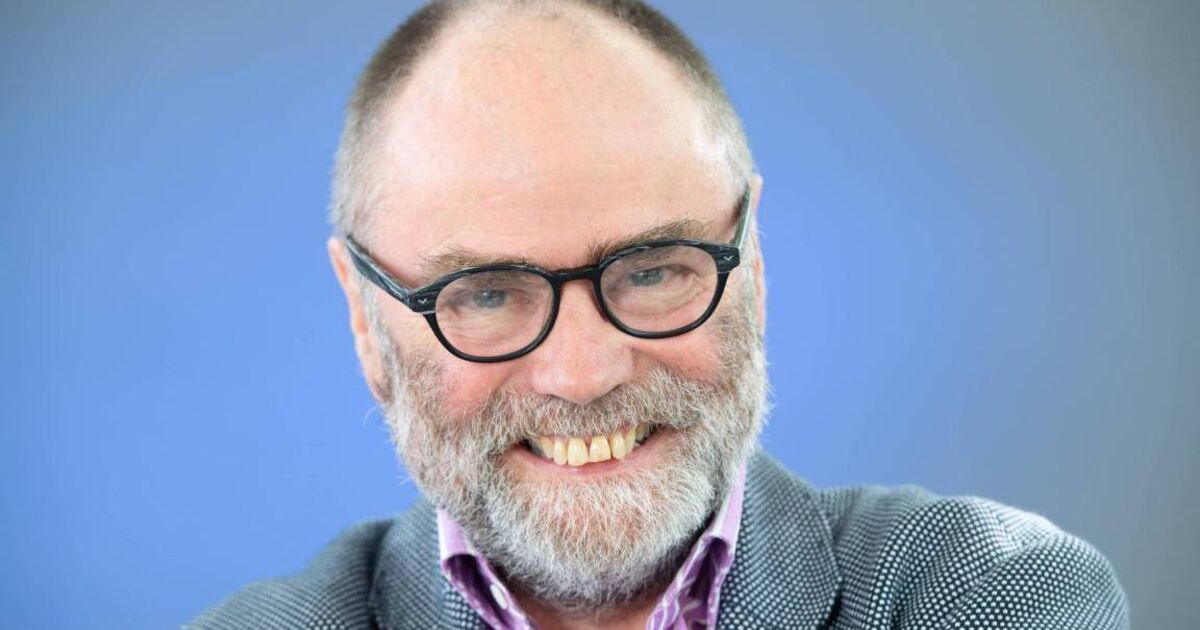 Malachi O’Doherty is recalling a beating he received from a group of British soldiers in the autumn of 1971 at his family home in Riverdale, Belfast.

“I saw a soldier with a rifle and a blackened face come into the living room,” recalls the 70-year-old journalist, broadcaster, and author. “He lifted me off the ground, took me out of the house, put me against the wall, pointed his rifle at me, and said: ‘I’m going to shoot you Paddy’.”

O’Doherty was dragged through his back garden, kicked about on the ground, and put up against an armoured vehicle. The soldiers then set up a chain with an electric current on the road and proceeded to give him a number of electric shocks, O’Doherty explains from his Belfast home.

When that violent incident occurred he was a 20-year-old rookie reporter with Belfast’s Sunday News. Those savvy media connections got him a pass. “The soldiers weren’t trained interrogators,” he says.

“But when I told them that I was a journalist, and I knew some of the army press officers in Lisburn, they eventually let me go.”

Many Catholic nationalists with no connection to Republican paramilitaries experienced similar physical and psychological abuse from the British army during this tumultuous period of the Troubles. O’Dohertyexplores this subject with first-rate research in The Year of Chaos.

It contains a number of internal reports written within the ranks of the army hierarchy, which were then being passed to the upper echelons of British intelligence services. The book begins by giving a brief overview of why the Troubles began in the first place. That history goes back to the partitioning of Ireland in 1921, which created Northern Ireland.

By the late 1960s, the six-county pro-union state was engaging in apartheid against the Catholic minority who demanded equality in areas such as housing and employment. But their peaceful civil rights marches in Derry turned to violence and rioting that eventually spread into Belfast.

Sectarian tension was exacerbated by an incompetent and biased police force. The Royal Ulster Constabulary (RUC) often ignored sectarian violence from loyalist paramilitaries, such as the Ulster Defence Association (UDA), which was formed in September 1971.

Republican paramilitaries (such as the provisional IRA which formed in 1969) also began engaging in sectarian murders and vigilante policing. British troops were initially deployed to restore law and order. But they found themselves in a tit-for-tat urban guerrilla war with Republican insurgents who blended in with the civilian community.

“I certainly couldn’t have supported the IRA,” O’Doherty explains. “But at the same time, the British Army and the RUC were not dependable security. I did not trust the state in its handling of the situation. Actually, it was quite clearly making things worse.”

O’Doherty says the provisional IRA was at best “a protest movement”, using murder and vandalism to draw public attention to a violent campaign, which declared it would settle for nothing less than a fully autonomous 32-county Irish Republic.

“The IRA could not be called an army because it did not have the potential to hold or defend territory, nor it could it overthrow the state,” he says. “The IRA was devoting most of its energies towards attacking the economy and the commercial centres of Belfast, and Derry — and to vigilante patrols of Catholic areas and the policing of joyriders, and other small-time criminals.”

The Year of Chaos then goes on to give an objective and detailed analysis on the most violent year of the Troubles. It began in August 1971 with Operation Demetrius: when the unionist government in Stormont introduced internment without trial for suspected Republican militants.

O’Doherty notes that loyalists were not targeted during these arrests because they were not deemed to pose an existential threat to the state. He also cites an Amnesty International report from that time, which observed how many of the internees were “men over 60 years and brutalised to such a degree that they could not properly walk or speak upon arrival at the prison”.

He regards internment as a stupid mistake and handled brutally. “The British beat up and abused a massive amount of ordinary internees — and there was also the methodical torturing of the more hardcore suspects.

“But the IRA gained considerable advantage from the public reaction internment caused.”

Support for the IRA increased too, after a trigger-happy British Army Parachute Regiment was given free rein to stabilise the security of Northern Ireland. These extremist measures resulted in many innocent civilians being slaughtered.

O’Doherty points out two major incidents where this occurred: The Ballymurphy Massacre when 10 unarmed civilians were murdered over 36 hours by army bullets in West Belfast in August 1971, and Bloody Sunday, when 14 unarmed civil rights demonstrators were gunned down in a civil rights march in Derry in January 1972.

“The paras disgraced their own country, but nobody had the gumption at the time to say ‘these stupid bastards have really fucked the whole thing up for us’,” says O’Doherty.

“What happened after Bloody Sunday was the whole of Ireland said: We are Irish, and we understand this differently, and you are clearly not our government in Northern Ireland if you’re shooting civilians who are protesting for civil rights. That was a valid argument because this was clearly a British Army treating British citizens as if they were not British. That was a shock, butit also undermined the whole argument that Ulster was British.”

By late March 1972, the death toll from political violence in Northern Ireland stood at 325. This saw the Conservative government suspend the Stormont parliament, impose direct rule from London, and enter into secret negotiations with the IRA. A lasting peaceful settlement between nationalism and unionism would come eventually. But the Troubles raged on for another 26 years and thousands more would die before the signing of the 1998 Good Friday Agreement.

He admits that the IRA helped bring about the Good Friday Agreement in 1998. “But that is not the campaign in 1972. The IRA was then sending bombers into pubs to blow up civilians.”

O’Doherty cites a couple of reasons why an all-out civil war did not occur during the Troubles. Even though it seemed like a real possibility at times, especially during the period his book covers. He says a conservative Christian ethos deeply embedded in the culture of Northern Ireland may have helped. Religious leaders and politicians appealed for murderers to address their moral conscience after major atrocities.

It may have curtailed the barbarism, he suggests. At least to some extent. But the horror and revulsion often didn’t last long and sectarian violence continued. So what made the Troubles different from other internal conflicts? In other words: Why did Belfast and Derry not go the way of say, Damascus or Sarajevo?

O’Doherty believes that in Northern Ireland the role of the state was paramount in ensuring that absolute anarchy did notprevail. Crucially, it continued to function with reasonable stability. Its security services may have been threatening the safety and dignity of the Catholic population on a regular basis. But basic day-to-day state facilities still worked — for both sides.

The NHS, public transport, and the postal system ran efficiently despite the bombs, bullets, murder, and mayhem. Some semblance of normality meant absolute anarchy did not prevail. Although it certainly came close at times.

“In Bosnia, and in Syria the state system broke down, and the hospitals were overwhelmed and people were roaming the roads because they had nowhere to live, but in Belfast, even IRA men continue to draw the dole. So the state was never under threat. The only part of the state that was was under threat was unionist governance of Northern Ireland, and unionist governance of Northern Ireland ended in 1972.”

O’Doherty also mentions a successful military operation brought in by the British government in the summer of 1972; it would bring the year of chaos to its conclusion. Operation Motorman saw the British Army enter into so-called no-go areas across Northern Ireland. The army was preparing for a long-term battle with Republican militants but that never happened.

“The preparations for Operation Motorman were grotesquely ill-informed in the sense that the British misunderstood what the IRA was about: they were never going to show up for this battle.”

Yet O’Doherty claims Operation Motorman was a more successful security operation than the internment raids introduced the August before. He says the death toll would never again reach the peak it soared to during that infamous year of chaos. “It didn’t end the IRA campaign: but it did quell it considerably. Militarily it was a good operation.”