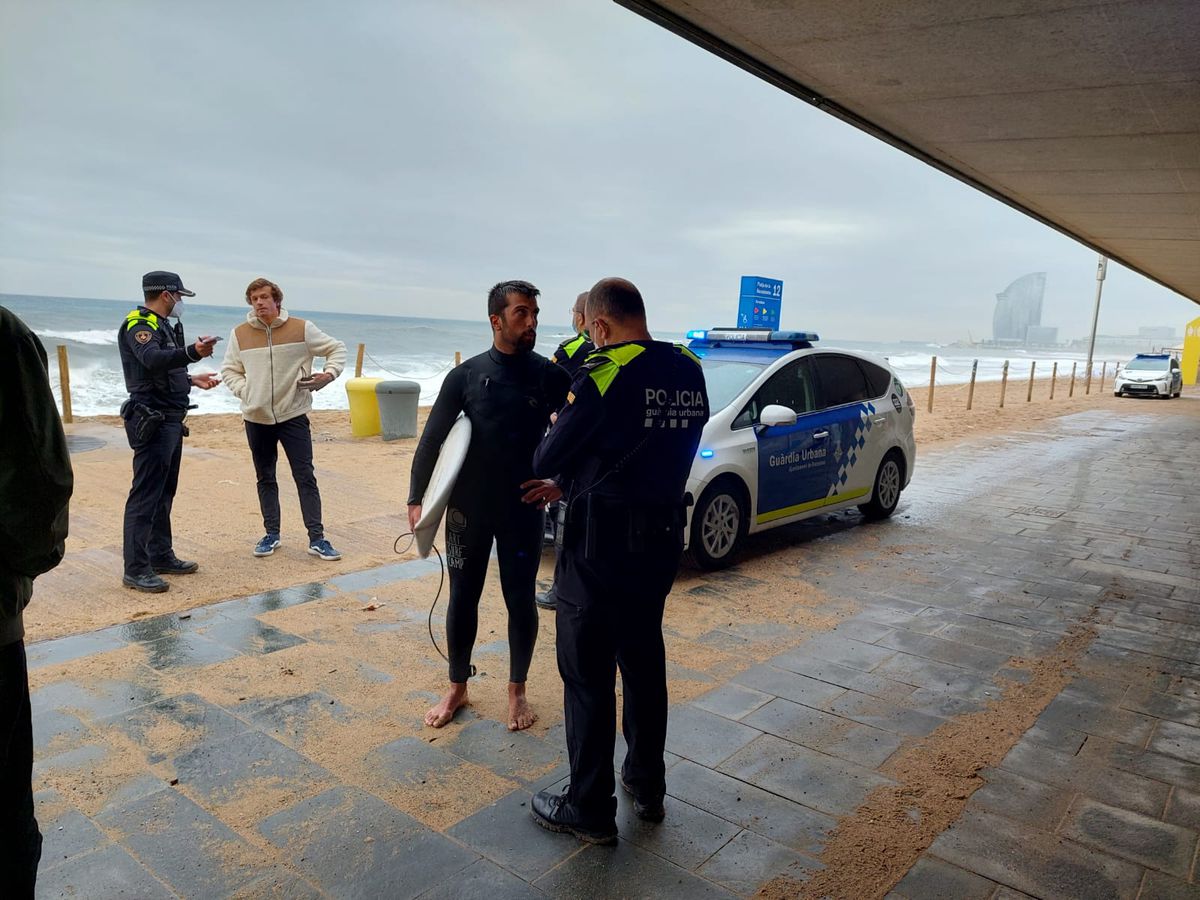 “Attention! Get out of the water, the red flag is flying!” Those were the cries of a local police officer in Barcelona at 9am on Wednesday morning, directed at a dozen or so surfers in the waters of Barceloneta beach. Along with their colleagues from the regional Mossos d’Esquadra force, the police were combing the beaches of the Catalan capital, whistles in hand, trying to force the surfers out of the sea. Once on the sand, they were identified and are now facing fines as high as €1,500 for surfing waves that were no bigger than 2.5 meters high.

“I’m a surfing instructor in Galicia,” explained Manel Maestre, one of the surfers who was identified by the officers. “For me, these waves are as if the sea were calm. If we can’t go out and surf when there is a bit of a swell, the reality is, that means we can no longer practice our sport in Barcelona.”

The one time that we were going to have a slightly less calm sea in Barcelona, they write us up

Action was taken by the police after Barcelona City Hall activated its Municipal Basic Emergency Plan, given the choppy seas. The council forecast that the waves were going to exceed 2.5 meters in height and announced that they could be a “danger to people or cause damage to street furniture.” This basic plan expressly forbids “access to the beach jetties or entering into the water while the red flag is flying.”

“I’m from Cantabria, and the one time that we were going to have a slightly less calm sea in Barcelona, they write us up,” complained surfer Eduardo Caballeros. “They pulled us out of the water. What’s more, a colleague told them that he had his backpack stolen from where it was on the beach and that he had been left with just his wetsuit. They took no notice of him. In the end, they ended up writing us both up,” he explained. The surfers are now facing fines that could range from €5 to €1,500.

“It’s incredible, it’s as if it starts to snow and just when the snow is coming down they ban skiers from going out and practicing their sport,” added Maestre. Many of the surfers live and work in Barcelona but are from other parts of Spain, such as the Cantabrian or Atlantic coasts. “It can’t be right that they stop us from going out when the red flag is flying, it’s surreal,” they added.

The majority of the surfers were complaining to the officers, but the latter insisted that when the red flag is flying, no one is allowed into the water. “I helped a bather out who was swimming and was in trouble,” Maestre explained. “I pulled him onto my board and helped him to the shore. The next thing I knew they were writing me up.”

The local police officers identified all of the surfers and stated that if City Hall considers the rules to have been broken, the appropriate fine will be levied. The surfers warned yesterday that if they have a surfboard, then this is considered a craft, and as such, they are not affected by the red flag. It will now be for the council to decide who is in the right.