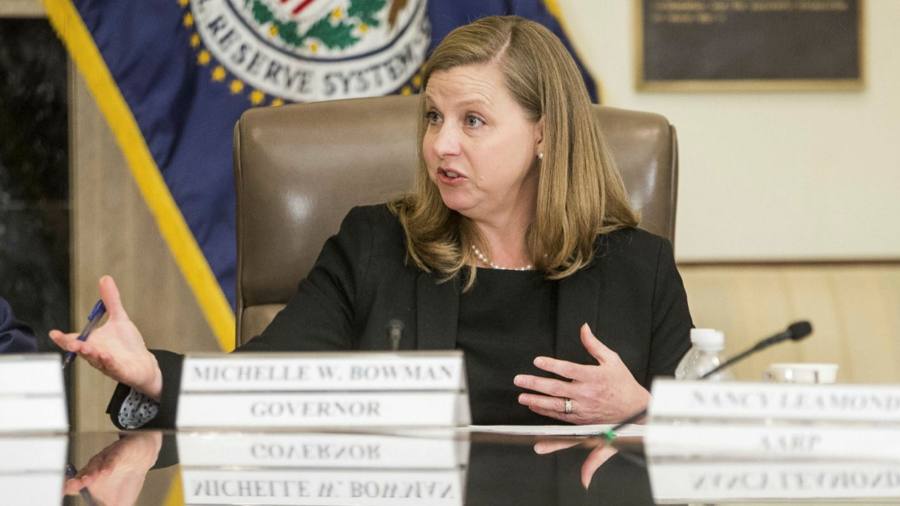 Support among top US Federal Reserve officials is growing for another 0.75 percentage point rate rise at the next policy meeting in July, as the central bank reinforces its commitment to tackling soaring prices.

On Thursday, Michelle Bowman became the latest Fed governor to indicate early backing for the move “based on current inflation readings”, adding that additional rate rises of “at least” half a percentage point were likely to be necessary in the next few subsequent meetings “as long as the incoming data support them”.

“Depending on how the economy evolves, further increases in the target range for the federal funds rate may be needed,” she said in remarks delivered at an event hosted by the Massachusetts Bankers Association.

Bowman joins Fed governor Christopher Waller, who affirmed on Saturday that the central bank was “all-in on re-establishing price stability” and said if the data come in as expected he would support another jumbo rate rise next month.

Neel Kashkari, the dovish president of the Minneapolis Fed, has also said such a move may be necessary, but added that it may be “prudent” to downsize to half-point rate rises after July.

Mounting support for another aggressive rate adjustment come just days after the Fed implemented the first 0.75 percentage point rate rise since 1994 and signalled its support for significantly more monetary tightening this year. Most officials now expect the federal funds rate to rise to around 3.75 per cent by December, up from the current target range of 1.50 to 1.75 per cent.

Bowman said she expected the labour market to remain strong as the Fed raises rates, noting historic demand for workers despite constrained supply, but added that the Fed’s actions “do not come without risk”.

“But in my view, our number one responsibility is to reduce inflation,” she said. “Maintaining our commitment to restore price stability is the best course to support a sustainably strong labour market.”

Bowman’s comment echo those of Fed chair Jay Powell as he testified in front of Congress this week. He told Senate lawmakers that a US recession was “certainly a possibility” as the central bank steps up its efforts to counter soaring prices, but added that failing to tame inflation would “hurt the people we’d like to help, the people in the lower-income spectrum”.