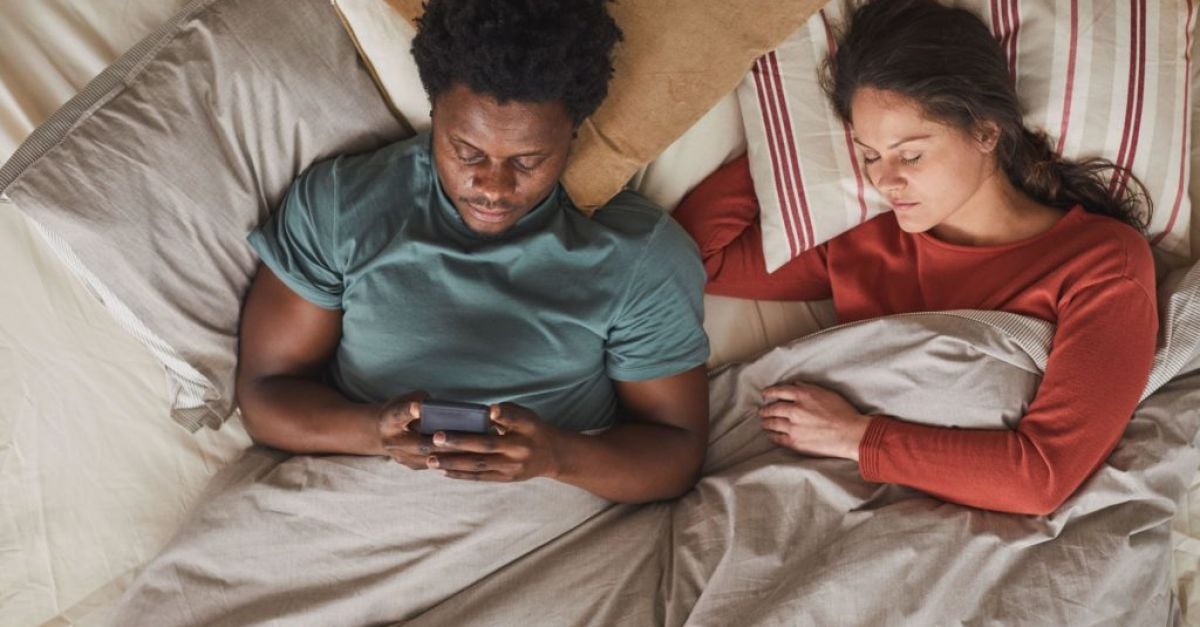 When’s your bedtime? All over the shop? Join the club… We all know having a healthy, consistent sleep routine is important. But knowing and doing are two different things.

According to a new study, getting to sleep between 10-11pm could be the sweet spot, at least when it comes to heart health.

Remember, there are numerous factors which influence our risk of heart disease – biggies being genetics, diet and lifestyle and other health issues like high blood pressure and type 2 diabetes – and this research only looks at the correlation (it doesn’t decipher the cause). But if all this makes you more conscious of needing a bit of a bedtime reset, we hear you.

If sleep is an ongoing struggle though, chances are you’ve already read a billion ‘sleep hygiene’ tips and know all the things you ‘should’ be doing – yet the perfect night’s sleep is still out of reach. So, now what?

Take the pressure off

Perfect sleep? It doesn’t exist. So while you may really want to nail your sleep routine, taking the pressure off is important – especially if you’re feeling trapped in a cycle of insomnia.

“If you take a ‘normal’ person’s sleep, it’s not perfect all the time,” says Dr Guy Meadows of Sleep School (sleepschool.org). “It’s very easy [for an insomniac] to think the grass is always greener and it must be perfect all the time, but the reality is that normal sleep is disturbed for a multitude of reasons, whether that’s a stressful day, aches and pains, whatever it is.”

Being told things like ‘just relax’ and ‘you’re over-thinking this’ can be immensely frustrating. But the harder we try to sleep and the more we worry about it, the further away that peaceful slumber can seem (thanks brains!).

Meadows reassures though, this is not about blaming yourself. Human brains are designed to identify sources of worry and getting into an anxious cycle with it is very normal. The trouble is, this can put is in a state of hyper-arousal – aka our own personal sleep-blocker. We can also begin to obsess about it.

“You might be lying in bed going, ‘Well I’ve had the perfect bedtime routine, I’ve done the yoga, I’ve done the meditation, etc’ – and inadvertently what happens is, it puts sleep on a pedestal. It’s like, ‘I have to do all of this otherwise I won’t get to sleep’. That just heightens people’s anxiety and alertness,” explains Meadows. “I had one client who was winding down for four hours from 6pm, and their brain effectively was going: ‘Crumbs, what’s coming!’ It sort of becomes this really scary prospect.”

Take the focus off bedtime

“When someone starts to struggle with sleep, they often begin to worry about it during the daytime and dread night-time coming, [and] the increased anxiety makes the problem worse,” says Dr Lindsay Browning, psychologist, neuroscientist and sleep expert for And So To Bed (andsotobed.co.uk/dr-lindsay-browning).

There are some lifestyle adjustments that can be genuinely useful, Browning notes – such as reducing caffeine intake or only having it before lunch, and doing something that’s physically and emotionally relaxing before bed, like a nice warm bath.

Increasingly your daytime exercise could help too. “Exercise directly impacts your need for ‘deep sleep’ at night,” says Browning. “The more you exercise, the more deep sleep you will have. Deep sleep helps you feel refreshed when you wake up and helps with sleep continuity.” (Just don’t do it too close to bedtime, as this may be “disruptive to sleep”.)

The Sleep School pros are pioneers of a system called Acceptance and Commitment Therapy (ACT) – a more evolved version of cognitive behaviour therapy (CBT), in a sense. “It’s about taking the struggle out of sleep. Putting your effort into the things you care about in your life, rather than putting it into the struggle [to sleep],” explains Meadows (they launched a Sleep School app earlier in 2021 where users can tap into this).

This isn’t about avoidance or not letting yourself admit that struggling to sleep is impacting you (it’s hard!). It’s about slowly, slowly shifting the focus away from fixating on the sleep struggle, giving that space to grow, and taking the power back.

Meadows says one of the key components of ACT is “present moment awareness”, so noticing and accepting what’s happening in that specific point in time.

This doesn’t mean we’ll find it pleasant noticing we’re having a bad night’s sleep, but it does help us move away from catastrophising and freaking out that we’re ‘never’ going to sleep again and the next day will be a disaster.

“Often people will take acceptance as a sign of weakness and giving in, but it’s not at all. When you’re able to go, ‘Ok, right now my sleep is a bit rubbish’, you’re keeping that pain in its original form, you’re not amplifying it.”

Another key element in ACT is to focus on your values and stay connected with those – even when you’re knackered.

For example, Meadows says it could sound like this: “I am in a bad place with sleep right now but that doesn’t mean I’m going to completely not care about the things that are important for my health. I am shattered so I might not go for that big run, but I’ll go for a walk around the block. That’s movement towards my values, and I’m being kind to myself.”

And self-kindness/compassion are very powerful tools when it comes to breaking any sort of anxiety cycle; Meadows notes there’s even research on how self-compassion can aid sleep. Little acts of self-kindness during the day – like a 10-minute walk, making a nourishing lunch and watching a movie – “might seem relatively mundane and small, [but] they actually help to promote a better mental environment from which sleep can emerge”, says Meadows.

Put that phone away (or at least try)

Lost count of the times you’ve vowed to stop looking at your phone before bed, only to find yourself engrossed in a lamb-herding video two hours later? Yes, we know these dopamine-triggering devices trap us into sleep-sapping spirals and mess with our melatonin (sleep hormone). But, well, we’re still doing it.

“Instead of simply saying, ‘Don’t touch your phone’, start by taking small steps to become less dependent on it at night,” suggests Browning. “Turn on ‘do not disturb’ and make sure that’s set to come on at the same time each evening an hour or so before bedtime. If you’re nervous about family not being able to contact about emergencies, most phones allow for this to be set to allow certain contacts through.

“Invest in an alarm clock,” Browning adds, “so the phone can be placed somewhere else, rather than next to the bed. Lastly, break the habit of your phone being the last thing you look at before bed and get into the habit of reading a book or magazine instead.”

Remember it takes time for new habits to form, and it won’t be perfect all the time – that’s life. If Tuesday sees you browsing estate agents in the Bahamas at 11:45pm, just try again Wednesday.