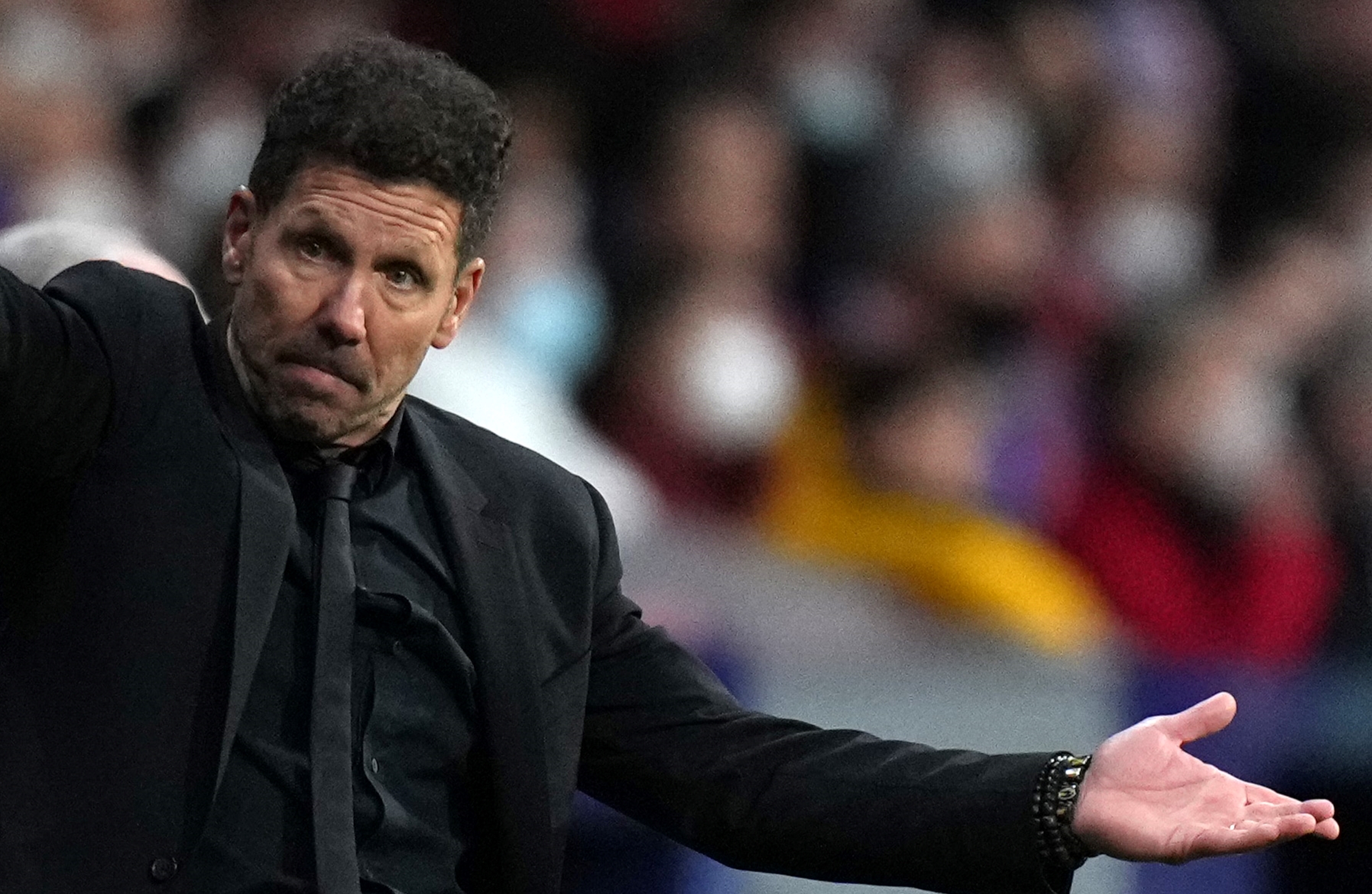 But they were left stunned, losing 1-0 after a Gonzalo Melero strike, and it’s another big blow to Atleti’s top four hopes.

Simeone’s men now remain behind Barcelona on head-to-head, and the Catalan club can move three clear should they win their game in hand in the coming weeks.

The performance is not one many saw coming following the weekend’s win, but it’s another miserable result in what has been a miserable season so far for the reigning La Liga champions.

And Simeone admitted his disappointment after the game.

“We played a bad game,” he said in the post-match press conference. “We lost a beautiful opportunity to move into a good situation in La Liga and we will have to make a doubt effort.

“Defeats always hurt. It will always bother and hurt me.

“Today relaxed and tomorrow we talk for a while to say what I think and to see what they feel.

“The team were full of excitement and enthusiasm before the games. We came from a complicated win.

“We didn’t know how to take advantage of it, and now we have to make a double effort.”

“On the contrary, they have been close to the team searching for a step forward. The reality is this.

“You have to demonstrate it by doing because words are already boring.

“We lost a great opportunity. We have to search to go forward with humility.”

Atletico Madrid now make the trip to Pamplona ahead of this weekend when they will face a resolute Osasuna side.

They then face Manchester United in a huge Champions League clash, and they will have their work cut out in that one, despite the Premier League club suffering from issues of their own.