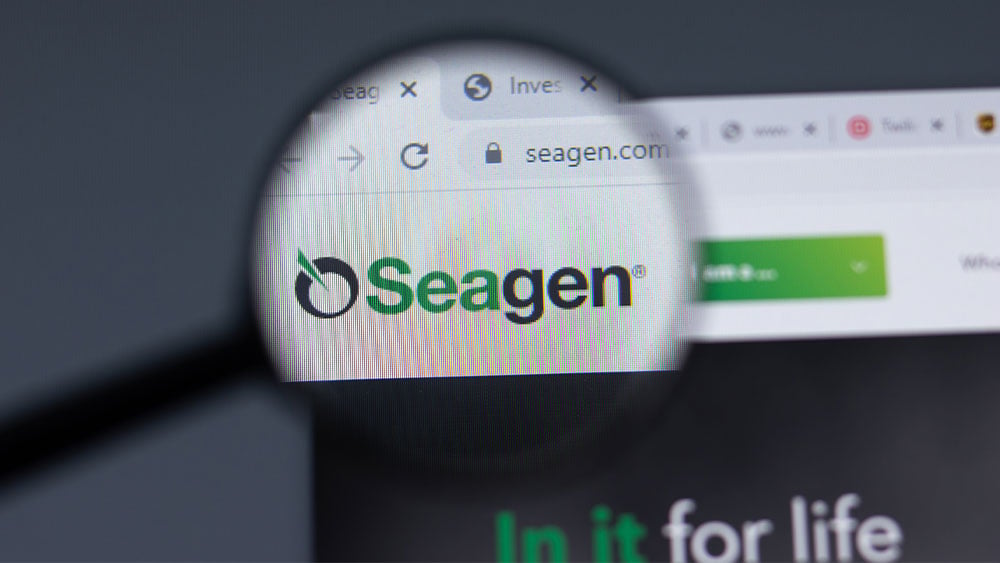 Seagen (SGEN) lost a royalty battle Friday, but SGEN stock jumped on the potential the resolution could give Merck (MRK) the fodder it needs for an acquisition.


According to recent rumors, Merck is in the market to buy Seagen for around $40 billion. But Merck has reportedly been waiting for a resolution in a royalty fight between Seagen and Japan’s Daiichi Sankyo before pulling the trigger.

On Friday, an arbitrator ruled in favor of Daiichi Sankyo. This means it won’t have to pay Seagen a royalty on sales of AstraZeneca-partnered cancer drug Enhertu. Seagen claimed the technology in Enhertu came from a collaboration agreement it signed with Daiichi Sankyo in 2008.

The decision Friday could be the final piece before Merck makes a jump for Seagen, RBC Capital Markets analyst Gregory Renza said in a report to clients.

“Seagen still resides as an attractive strategic target,” he said. “Any incremental negative or even forward clarity from these events only makes this dynamic all the more intriguing.”

In after-hours trading on today’s stock market, SGEN stock leapt 2.9% higher near 175. Shares lost 2.2% during the regular session, closing at 170.14. Merck stock sank a fraction near 91.

Adding Seagen to its wheelhouse would help guard Merck against looming patent losses for bread-and-butter cancer drug, Keytruda. The first patents will expire in 2028, leaving Merck open to rival generics. In 2021, Keytruda generated $17.2 billion in sales, accounting for 35% of revenue.

SGEN stock has risen markedly this year on the potential of a Merck takeover. Shares are forming a cup-with-handle base and a buy point at 183.10, according to MarketSmith.com.

How These Biotech Players Could Help Treat Covid-Fueled Depression

Options Trading: How To Start Using Options, How To Manage Risk