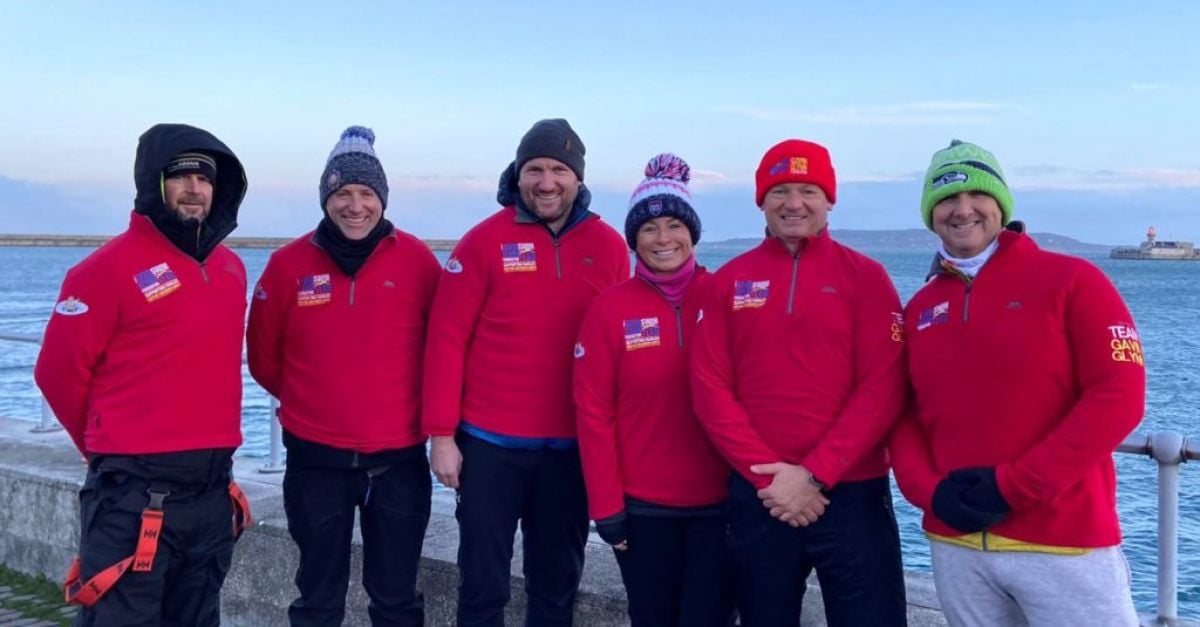 Six skins sea swimmers are due to attempt the North Channel swim today.

If successful it will be an historic sea swimming record as the North Channel swim from Ireland to Scotland has never been done in winter.

The team met during the pandemic as gyms and pools were closed and were looking for a challenge. All swimmers have a lot of experience in cold temperatures and seeing as the challenge hasn’t been tempted before they began planning last summer.

The swim is raising funds for the Gavin Glynn Foundation which supports families fighting childhood cancer.

Given the arduous conditions and water temperatures, the North Channel challenge normally takes place in the summer months, however this team of six hope to do it today.

The swim is raising funds for the Gavin Glynn Foundation.

The North Channel swim is considered the toughest of the seven ocean sea swims. The seven ocean swims include the English Channel between England and France and the Cook Strait between North and South Islands in New Zealand.

Sea temperatures are expected to be around eight to nine degrees and air two to seven degrees across the swim which should take 15 hours to complete.

The swim is east to west, but the tidal flow is north/south which also complicates the swim.

The starting point on Friday is from Donaghadee to Portpatrick in Scotland and is been governed by the Irish long distance swimming association. They have placed strict medical conditions on all swimmers in order to participate in the swim.

A live tracker of the swim is available here.