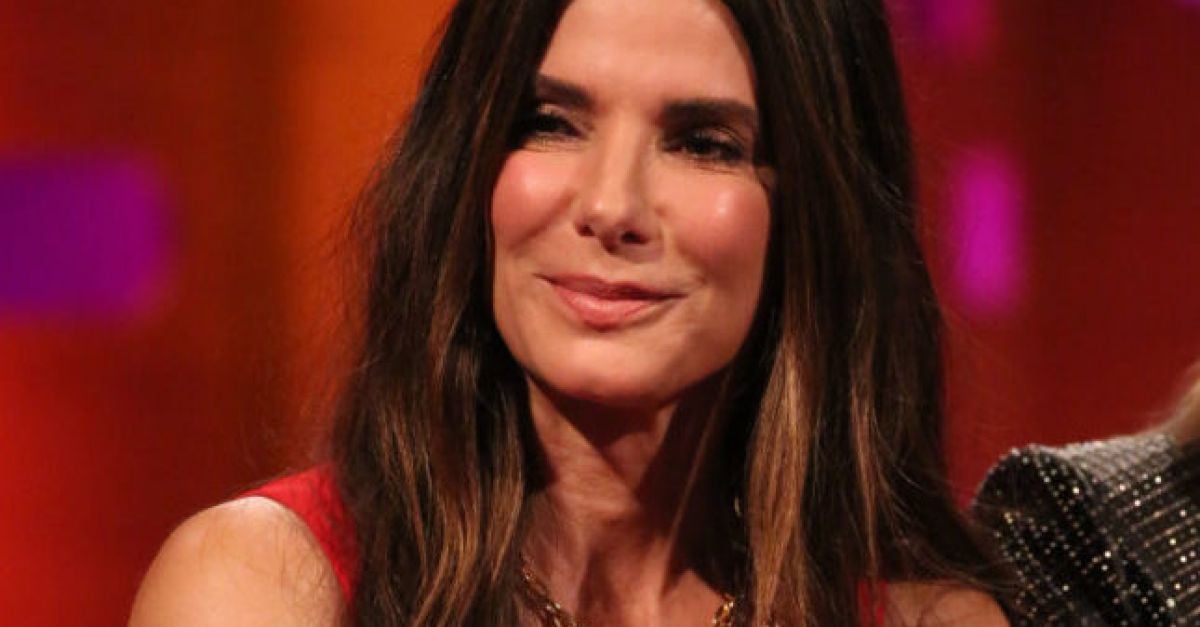 Sandra Bullock felt emotional when she read the script for her new movie, The Unforgivable. She felt it was an homage to her daughter, Laila.

The now-nine-year-old was in foster care when the Virginia native adopted her in 2015 (she also has a son Louis, 11, who she adopted in 2010, when he was three months old).

In The Unforgivable, she plays Ruth, who is re-entering society after serving time in prison for a violent crime. She is desperate to be reunited with the younger sister she was forced to leave behind, and who we learn has been adopted by a middle-class family.

As the Hollywood star did her research for the role, she was “really saddened and overwhelmed” by what women who had been in her character’s position shared with her.

“They all started out in the same place as a child. They all had similar stories. And it represents a broken part of our country, at least – and I’m sure other countries – in that poverty does not deal you the same cards as someone who is lucky and born into a situation where you are not automatically part of that system with your birthright. And once I learned that, and I owned that, it was a shameful realisation that I didn’t know about it.”

Interestingly, The Unforgivable is adapted from the award-winning ITV mini-series, Unforgiven, which aired in 2009. Written by Happy Valley creator Sally Wainwright, it starred Doctor Foster’s Suranne Jones in the lead role.

We see how people continue to judge Ruth for her past, as she attempts to settle back into life on the outside, following two decades behind bars.

There are plenty of obstacles in the way as she navigates her release, and tries to find her estranged sibling, Katie, who is her one living relative.

Bullock, whose breakthrough came in the 1994 runaway hit Speed, notes how “women are not allowed the same rights as men on many levels – but you get into the prison system, they’re even less”.

“We are not integrated back into society the same way.”

On making The Unforgivable, which she also worked on as a producer, she continues: “It went from a love letter to my daughter, to an understanding of a demographic, that never gets films made about them, that never has stories made about them because initially, they’re not beautiful, but in the end, their sacrifice really is.”

While learning of real women’s “heartbreaking” journeys, Bullock had an enlightening conversation with a former prisoner, which related to her experience as a mother.

“She’s incredibly strong, but she would be triggered, and I would go into the room and find her on a bookshelf or in a closet with a backpack, fully dressed, in the first few months that I had her.

“In all the training that I did to be the best parent for her, which was long and lengthy, before I was chosen to adopt her, still the training didn’t help me understand what is happening.

“When I was speaking to one of the most beautiful women, who had been out of prison for a year, and I heard her journey, and I mentioned something about Laila and what happened – she literally got tears in her eyes, and she said, ‘Oh my God, that was me’.

“She goes, ‘When I got out of the foster care system, I would hoard food and I would keep it’. She was a baby! A baby having to fend for herself.

“When her grandmother finally got her back, she said her grandmother had built her a little shelf that was at her level that had all the foods that she could possibly want, so she wouldn’t ever feel like she would not be taken care of again.

“This woman has given me a gift to be a better parent to my daughter. I had an understanding and insight from someone who’d been in exactly the same place, and the fears and the concerns as an adult, and I took that home, and I ran with it.”

Bullock has such a wide variety of roles under her belt; Netflix post-apocalyptic thriller Bird Box, rom-com The Proposal, and action movie Ocean’s 8, just to note a few.

Yet, a gritty crime drama feels like a new genre for Bullock to be exploring. Did she see this film as a chance to show a different side of her to viewers?

“You think it’s a different side of me – it’s just a side that I haven’t shown before,” she quips. “That side was obviously living and festering inside of me.”

She notes, “There’s nothing attractive or sexy about my character. I know people are going to say, ‘But this is not the Sandra Bullock that we know and love’. But, it is. There’s nothing about me that is false in this.

“I’m just giving myself permission to show it and I’m showing it on behalf of people that I love and adore, that are not getting the movies made about them. I had to do it, because I feel this story. I see it. I am in it, to a certain degree, and it’s real.”

Discussing how this role has stayed with her, Bullock says she believes that for change to happen, there needs to be more “dialogue” going forward.

“Those of us who are not born into the system need to really go in and understand and see how the healing can begin, which means listening, and doing our research, asking the questions, and sitting in what’s uncomfortable that comes back to us.

“It’s just a fact. There’s no blame; I can’t do anything about the fact I was born a white woman into a family that was middle class. What I can do is retrace many people’s steps who’ve had a different life than I have, and understand and put myself in their shoes as best I can.”

The Unforgivable is released on Netflix on Friday, December 10.