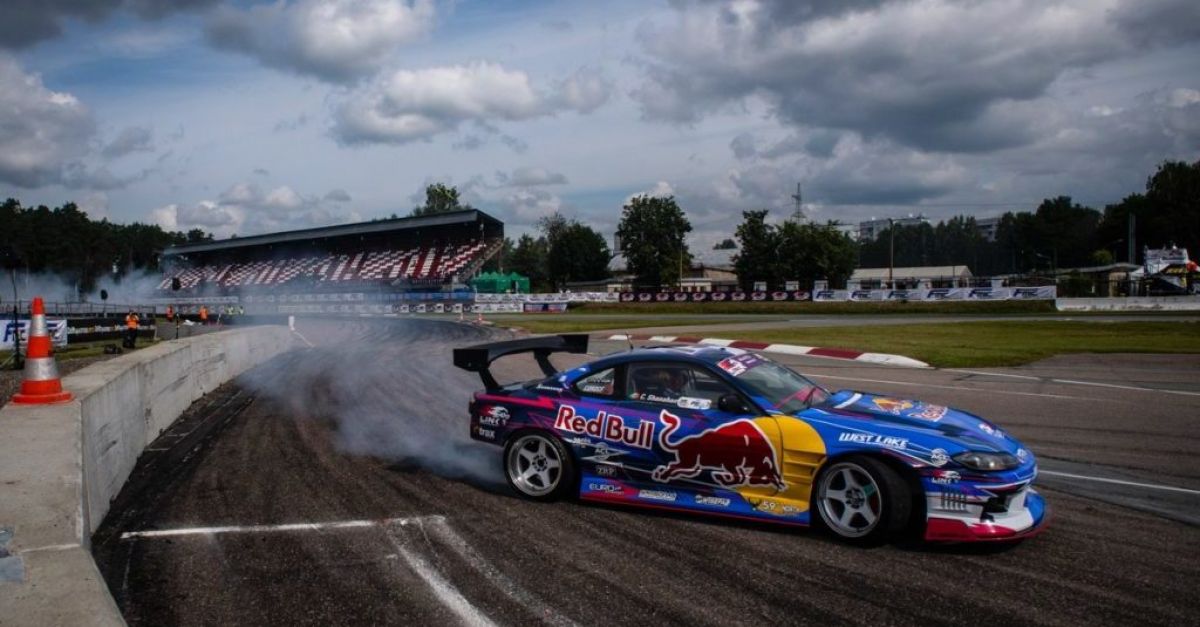 As the name suggests, this is a sliding, skidding competition, where competitors will be judged not on speed, but on how balletically out of shape they can throw their hot-rodded cars around a series of obstacles.

Drifting is now a global sport, and is judged as carefully and as harshly as Strictly Come Dancing.

With Cork’s Conor Shanahan currently competing in one of the biggest drifting series in the world — the Drift Masters European Championship (DMEC) — the popularity of the sport has never been higher.

Which is perhaps why the Sunday tickets for Red Bull’s Belfast event have already all gone, and if you want to get a seat for the Saturday, better get your drifting skates on.

The Red Bull Car Park Drift isn’t part of the DMEC, but instead styles itself as “its edgier counterpart.

Inspired by the amateur, do-it-yourself drifting scene that took place (mostly illegally) in tightly enclosed Hong Kong car parks in the early-2000s, Red Bull Car Park Drift is an attempt to retain some of the underground spirit and artistry of those drifting rebels.

The Middle East and North African-based series started life, as you might have guessed from the name, in car parks. Like the Citymall car park in El Bauchrieh, Lebanon, which hosted the first-ever Red Bull Car Park Drift in 2008, won by Michel Feghali.

Although the series’ popularity has meant a move away from car parks, it remains a great leveller, pitting underground drifters against more experienced divers and rally stars.”

Some of the Irish stars who’ll be competing this weekend include Donegal’s Darragh Spencer, Mark Brady from Wicklow, Enda Lyons from Galway, and Monaghan’s Maciek Blazejewski.

And Conor Shanahan? Oh yes — the Irish drifting superstar, who made his name making a monkey out of Top Gear’s Richard Hammond in a drift-off, will be at the event, putting on a special demonstration in is modded-up Nissan.