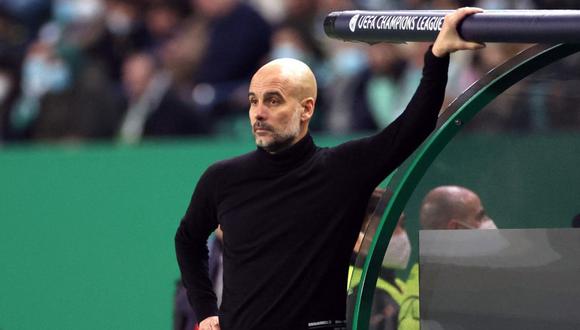 The match was being played at exactly the same time as Real Madrid’s 1-0 defeat to Paris Saint-Germain at the Parc des Princes, a game that was decided at the death by Kylian Mbappe. City obviously won with a much greater degree of comfort, although former Barcelona man Pep Guardiola wasn’t content.

“Don’t get me wrong, I’m more than delighted,” Guardiola said post-match in comments carried by Marca. “I know how difficult this competition is. To win 5-0 is fantastic. “Today we were effective. Goals came constantly and when that happens it’s difficult for the rival.

“But we weren’t very good in the constructive phase. We defended well and got an incredible result. But we have a duty as a coach and as a team to analyse how we play individually and collectively. Not just the result.”

City look to be in ominous form indeed. They qualified for the tie with Portuguese outfit Sporting after winning their Champions League group, finishing a point clear of PSG in a group that also included German side Leipzig and Belgian side Club Brugge.

They’re also top of the Premier League, nine points clear of second-placed Liverpool and 16 clear of third-placed Chelsea. The English side made it to the final of the Champions League last season only to lose to Chelsea in Porto. They’ll be keen to go a step further and win Europe’s premier club competition this year.