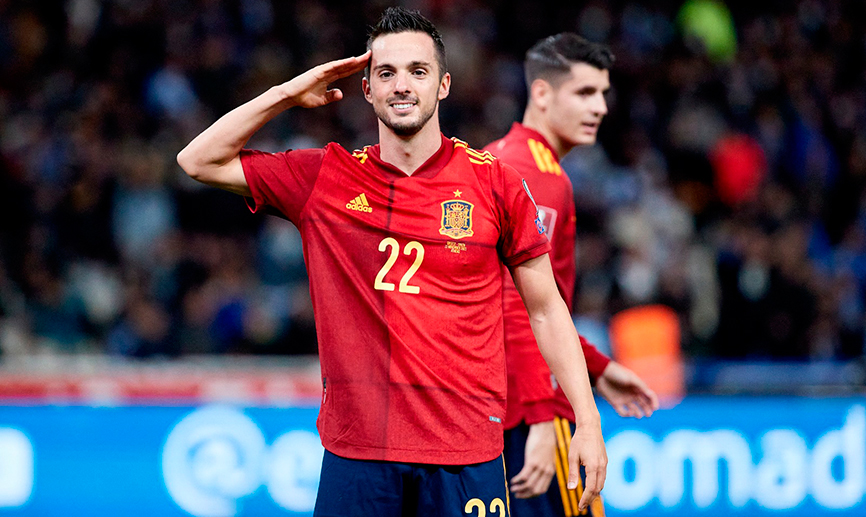 Excluding shootouts, Pablo Sarabia has converted the first penalty for #Spain 🇪🇸 since September 2020 and missing the previous five (2 by S. Ramos vs Switzerland, A. Ruiz vs Lithuania, Gerard vs Poland and Morata vs Slovakia), ending their worst run in the 21st century. Success. pic.twitter.com/GKBI0wXicp

“We had already discussed that if there was a penalty, I’d take it,” Sarabia said post-match in comments carried by Marca. “[Alvaro] Morata didn’t ask me to take it. It had been discussed.

“I didn’t think about [what was riding on the penalty]. It’s a way of scoring a goal. It’s important. Pressure is something normal for an elite footballer. I might have been one of the most important penalties I’ll ever take, but I was only thinking about scoring it.

“The victory is important, we’ve already seen that throughout the phase it’s difficult to win on the road. Sweden losing helped us, but it was very important to win all three points.

“We were going to go out to [beat Sweden on Sunday] anyway. It’s true they’ve given us a hand, but we’re going out with the mentality of winning in front of our fans. We have a clear objective, which is to win all three points and celebrate that we’re in the World Cup.”