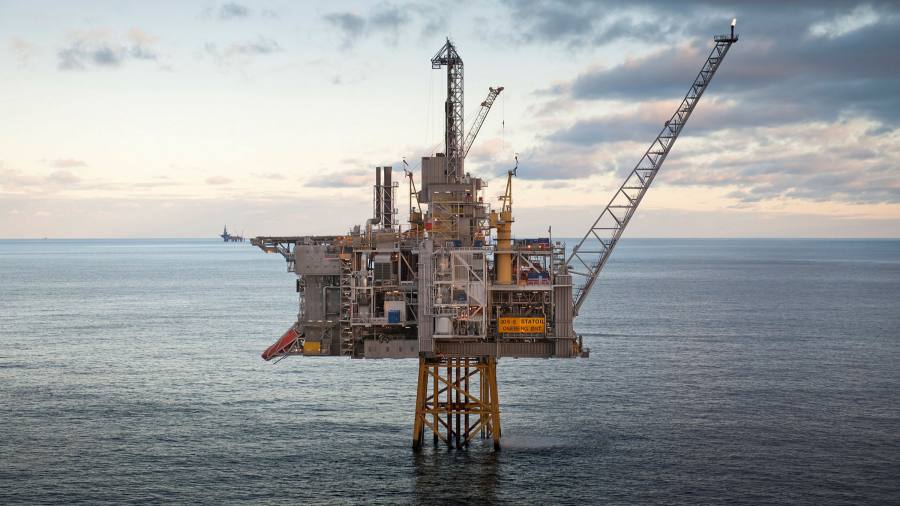 Norway has warned that gas exports to the UK could be shut off this weekend if a workers’ strike escalates, with up to 60 per cent of the Scandinavian country’s supplies under threat from industrial action.

Equinor, Norway’s state-backed energy company, had already shut down three oil and gas fields since the strikes began on Monday evening over pay claims to compensate for rising inflation, in a move that helped propel European gas prices to the highest level in four months.

Norway’s Gassco, the state-owned pipeline operator, told the Financial Times on Tuesday that “in a worst-case scenario, deliveries to the UK could stop totally”, with striking workers planning to extend the shutdowns this Saturday to a key distribution hub that supplies the UK.

The threat to Norwegian supplies comes as European countries are already rushing to fill storage ahead of the winter. Europe has turned to Norway, traditionally its second-biggest gas supplier behind Russia, to plug the gap left after Moscow cut flows following its invasion of Ukraine earlier this year.

The UK has also become an important conduit for moving supplies on to Europe over the summer, with its export pipelines to Belgium and the Netherlands running at speed to send excess imports of liquefied natural gas and Norwegian supplies into continental storage ahead of the winter.

The supply drought has sent European gas prices surging, contributing to a sharp rise in costs for businesses and households. Benchmark European gas prices rose 6 per cent on Tuesday to €167 per megawatt hour, the highest level since early March and five times the level of a year ago.

The jolt higher in prices rippled into the foreign exchange market, with the euro sinking to its lowest level in two decades over concerns about how spiralling energy costs will affect the euro area economy.

The strikes that began on Monday evening will initially affect 89,000 barrels of oil equivalent a day of production at fields on Norway’s continental shelf. From Tuesday evening, workers plan to extend the industrial action to three more sites, meaning that the disruption is likely to grow to 13 per cent of Norway’s natural gas exports.

The union is threatening a more serious escalation of the strikes on Saturday that would force the closure or reduction of production at 14 sites and result in a 56 per cent drop in Norwegian gas exports if no resolution is found.

Gassco said Sleipner, a key distribution hub on the gas pipeline to Easington on England’s east coast, would be forced to close under the weekend strike plans. There would likely be a lack of gas to pump through an alternative pipeline to St Fergus in Scotland, it added.

Norway became the UK’s largest source of gas last year, according to industry body Offshore Energies UK, overtaking domestic production for the first time and meeting 42 per cent of all UK demand. Norway also meets about 25 per cent of total European demand.

The troubles for Norwegian supplies come as traders turn increasingly pessimistic that Moscow will resume the flow of gas through Nord Stream 1, the pipeline between north-western Russia and Germany, to full tilt once it comes back from maintenance due to start next week for 10 days.

State-backed Gazprom last month cut capacity by 60 per cent on the line, blaming technical issues linked to western sanctions, but has declined to utilise alternative pipeline routes to maintain supplies. Many European officials have accused Russia of weaponising gas supplies and warned that the continent needs to brace itself for further cuts.

Tom Marzec-Manser, an analyst at consultancy ICIS, said that while the UK was likely to be able to cope short-term without Norwegian supplies because of low gas demand in summer, the timing would harm European efforts.

“UK has got lots of LNG imports coming in so should be fine, even if it creates some tightness in the market,” said Marzec-Manser. The UK is expected to receive four cargoes of LNG between July 10 and July 19.

“But for Europe as a whole, this couldn’t really be happening at a worse time, outside the depths of winter, as we desperately need to fill storage ahead of the colder months,” he added.

Goldman Sachs raised its European gas price forecast as it “no longer sees” a full restoration of gas flows from the Nord Stream 1 pipeline as the most probable scenario. It now sees TTF, the benchmark wholesale gas price in Europe, at €153 per MWh in the third quarter, up from €104.

In a sign of the crisis engulfing the European energy industry, Germany’s government drew up a law on Monday to take stakes in power companies that are suffering from the skyrocketing cost of imported gas.

Besides bringing in Norwegian supplies, Europe has been importing record volumes of LNG, largely from the US, to build up gas storage supplies ahead of winter.

The International Energy Agency said in its quarterly gas market report that the continent’s surging demand for LNG to replace Russian pipeline supplies has rippled around the world and led to an “exceptionally tight” global market.

Globally, the IEA now expects gas demand to decline 0.5 per cent this year and remain “subdued” until 2025 owing to higher prices, a sharp reversal of the pre-crisis trend when gas consumption was rising strongly and often replacing coal in power generation.