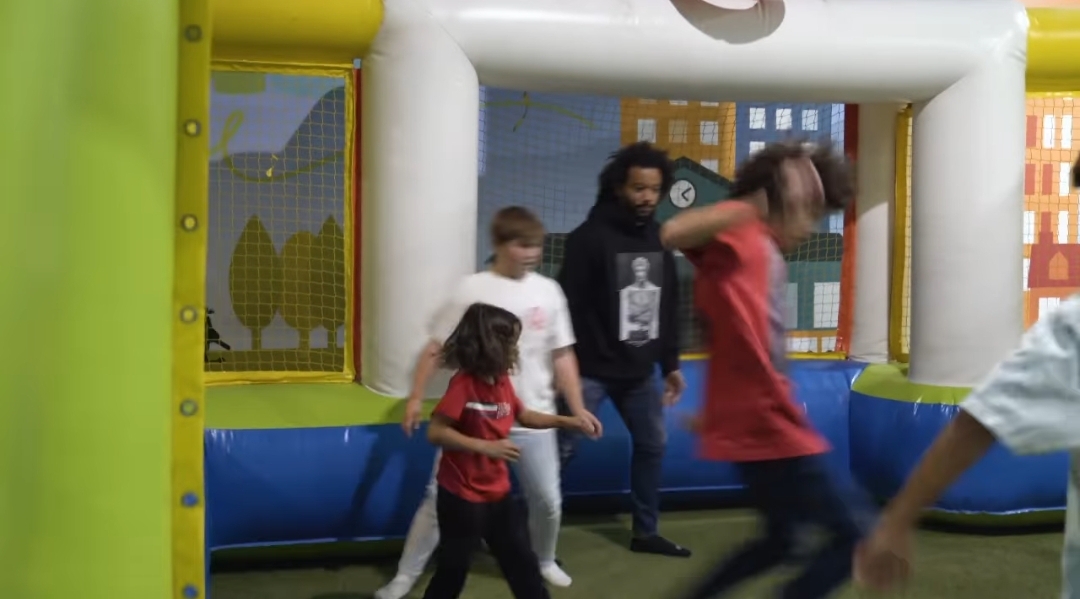 Real Madrid captain Marcelo, as well as his wife and kids, attended the birthday party of his former teammate Cristiano Ronaldo’s daughter Alana recently. The pair spent nine years together at the Santiago Bernabeu, with Marcelo arriving two years before Cristiano from Fluminense. They managed to win a remarkable four Champions League titles together.

Born in Rio de Janeiro, it was with Fluminense that Marcelo began his career. The 33-year-old has spent his entire European club career with Madrid, although he’s been forced to play just a bit-part role so far this season. He’s featured three times in La Liga and once in the Champions League, with Ferland Mendy preferred as the starting left-back in Carlo Ancelotti’s team.

📸| Marcelo, his wife & their kids were at the birthday party of Cristiano Ronaldo’s daughter Alana. 🤍 pic.twitter.com/Zq1i3zZBEu

Cristiano is three years older than Marcelo, but is still competing at the sharp end of the European game. After leaving Madrid in 2018 he spent three seasons in Italy with Juventus before returning to Manchester United. So far this season he’s contributed nine goals and an assist in 12 appearances across both the Premier League and the Champions League.