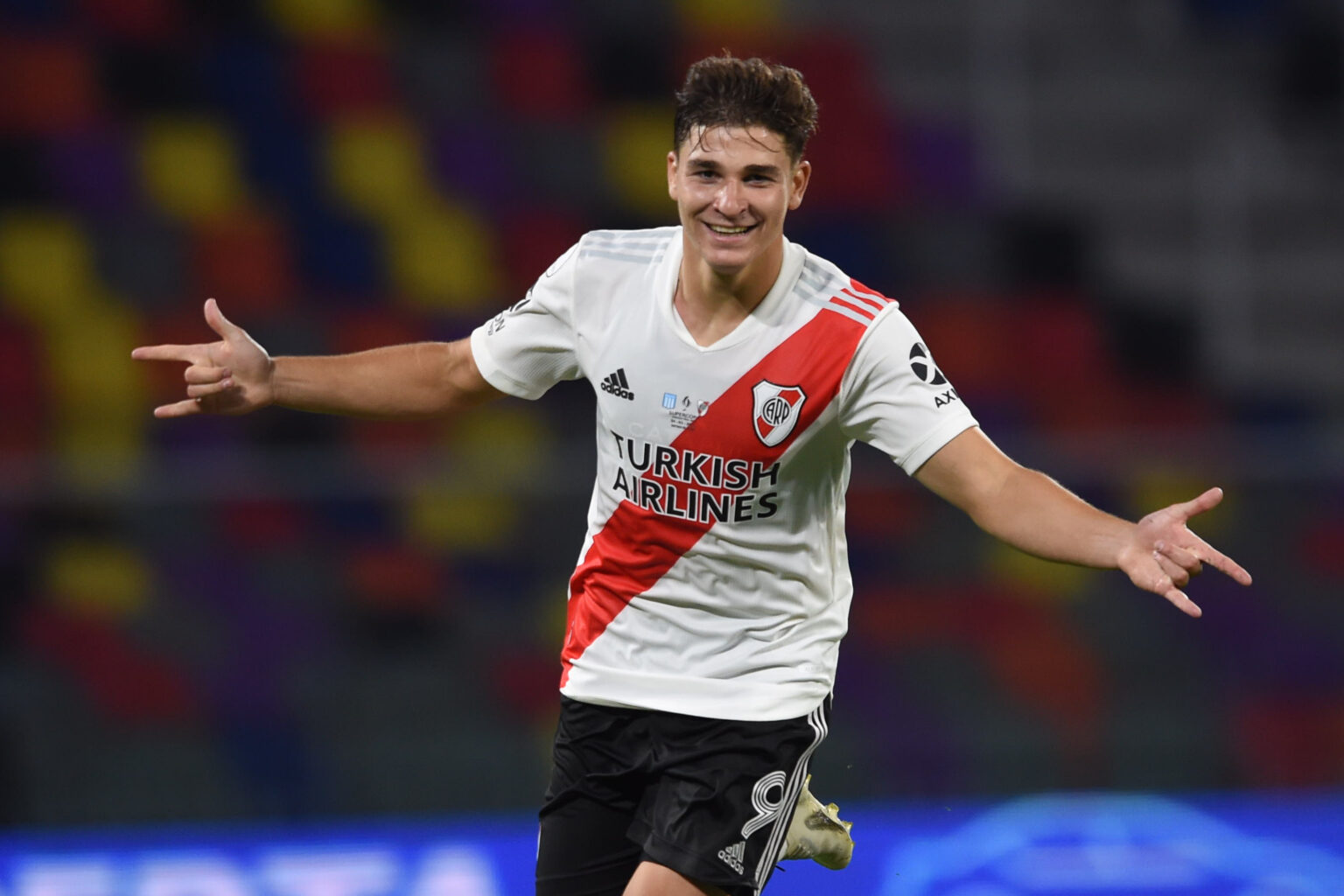 Manchester United are set to trigger Julian Alvarez’s release clause to sign him from River Plate according to Diario Sport.

Barcelona, Real Madrid, Internazionale and Bayern Munich have all been credited with an interest in the Argentine marksman, but it would appear that the English giants lead the way in the race.

Fernando Hidalgo, his agent, will travel to England this week to apparently close an agreement. Alvarez’s release clause is €20m.

Edinson Cavani and Anthony Martial have both been linked with moves away from Old Trafford, so the idea of bringing in a prolific, low-cost and high-potential striker is an attractive one.

Alvarez has been the breakout start of Argentine football in 2021. He provided 23 goals and 18 assists in 53 appearances for a River Plate team that were crowned champions of Argentina.

He was also part of the Argentine squad that won the Copa America, and just last week The Guardian included him at 91 in the top 100 footballers in the world.