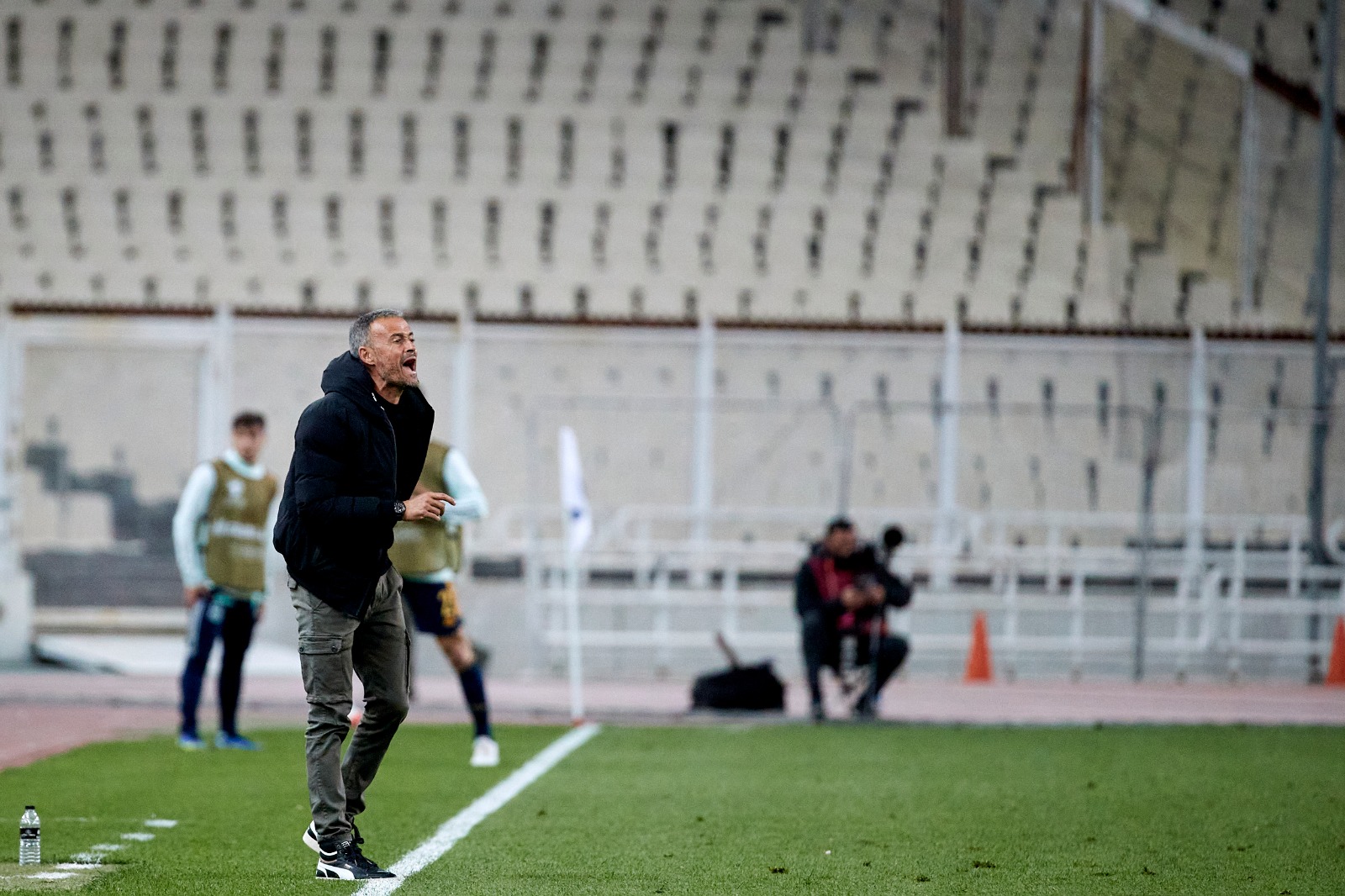 “Of course I think we’re going to take a place in the World Cup on Sunday,” Luis Enrique said post-match in comments carried by Marca. “I already believed it when we were second.

“We’re going to play against a good rival who in theory are going to attack more, but we’re going to go for victory, not a draw. Long live the pressure. On Sunday we’ll go out to win. We’ll play the same, pressing and attacking.

“Today I’m happy. Happy for everyone. But there is no room for relaxation. In situations like this, victories are good. We were focused on our game and it was difficult. We deserved the victory and the team have been good. It was a controlled game. They had hardly any chances. We neutralised their attack. But we didn’t make the most of the few chances we had, and the start of the second half was a little imprecise.”

Luis Enrique confirmed that Gavi, who came off mid-way through the second half after a blow to the face, was fine. “He’s a beast, a strong dude,” he said. “The blow isn’t worrisome, he’s fine. This team has overcome many difficulties and now we’re going to have the backing of our people. La Cartuja will be different from the Eurocopa. It has to be like hell, so we can fly.”