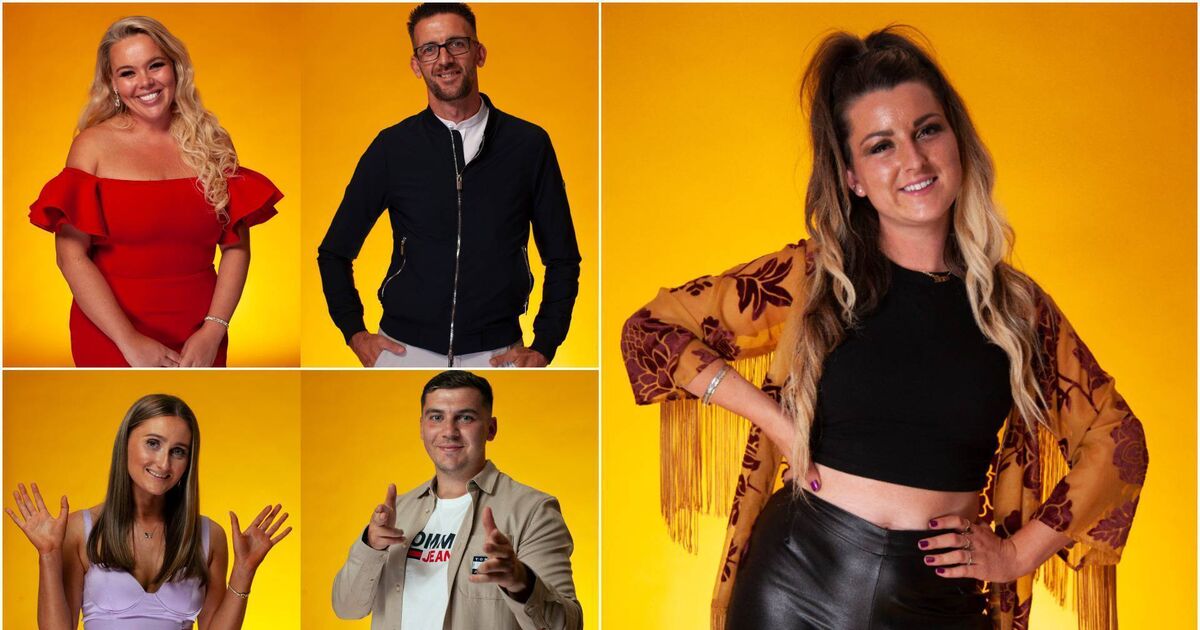 The first date of the night sees a school reunion of sorts between Ashling, 47, and Mervyn, 48, from Kilkenny. The pair sat beside each other for five years in secondary school. Upon meeting, there’s a moment of fear? Shock? We’re not quite sure. “I don’t know what to say,” Ashling says. “It’s a small world,” Mervyn mutters.

So, a couple of decades on, what’s changed? Well, Ashling is now a hit on TikTok, while Mervyn is a father to five. “God, you’re a busy man,” Ashling chirps, “sign of health isn’t it?” Mervyn retorts.

The date quickly turns emotional as the pair discuss Mervyn’s partner Louise who sadly passed away two years ago. While Ashling comments that it must have been very difficult for Mervyn, he turns the focus to his children. “Mammy always knows best” he says, “well, Daddy knows best now,” Ashling smiles.

We’re all smiles too when Mervyn not only takes care of the bill, but sorts maitre d’ Mateo with a drink too. It’s a yes to a second date for both of them. “She hasn’t really changed.. she’s still the same Ashling,” he says. Aw.

Maria from Midleton, Co Cork has come prepared. A two-hour shower has been had, and the 27-year-old says she’s “ready to rock” with her “flirtatious frills” and black leather hot pants. Luckily, insurance salesman Dolapo has come ready for assessment. The 29-year-old is looking for someone bubbly and outgoing who can “hold a conversation.” Sure that’s no bother to Maria, who’s blowing kisses to Dolapo before dinner has arrived.

There is lots of head-tilting and smiling on this date, Maria seems smitten from the bat, Dolapo is a bit harder to read. Hitting back the pornstar martinis, he says it’s hard to find “a real one” these days. While he picks up the bill and assures Maria she can take care of the second date, when it comes down to it, he says he thinks they’re better as friends. Maria thinks her being from Cork squppered her chances. “When I say I was from Cork he said that was a long-distance… he was already shutting it down. There’s an Aircoach!”

Nutrition student Aisling, 21, enters the Gibson Hotel ranting about how she can’t stand negative people (does that count as being negative we wonder..) and says she’s looking for someone nice and funny. Former footballer Conor, 22, also has laughter high on his list of priorities — and someone who is up for tickling.

The two bond over dealing with ‘Karens’ in their respective roles in Aldi and Supervalu, but clash over who they support in the soccer (United fan Aisling says Connor’s support of Liverpool is “a bit of a red flag”). The DMCs start when Aisling reveals she was diagnosed with thyroid cancer when she was just 19. “I am almost thankful for it,” she tells Conor, “it kicked me up the bum.”

Okay, we think we understand the whole “I can’t be around negative people” thing now.

At the end of the night, it’s an enthusiastic yes to date number two for both participants.

It’s the first date — ever — for Effy from Youghal. Despite being married for a number of years, the 37-year-old said she’s never actually been on a real date. Enter, 40-year-old Paul from Wexford. After being single for eight years, the doting dad said he’s more than ready to have a special lady in his life.

The date gets off to a good start, though Paul puts his foot in it when he remarks he doesn’t understand people who get botox. “I’ve had botox,” Effy says giggling good-naturedly, “Actually, I’ve had a lot of cosmetic surgery.”

The stunning blonde reveals she had weight-loss surgery two years ago after reaching 22 stone. “It’s the best thing I ever did.”

When it gets to the all-important ‘would you like to see each other again?’ question, Paul has said yes before the producer has even finished asking the question. But it’s a no from an apologetic Effy. “I am gutted,” Paul admits honestly, “but what’s for you, won’t pass you..”