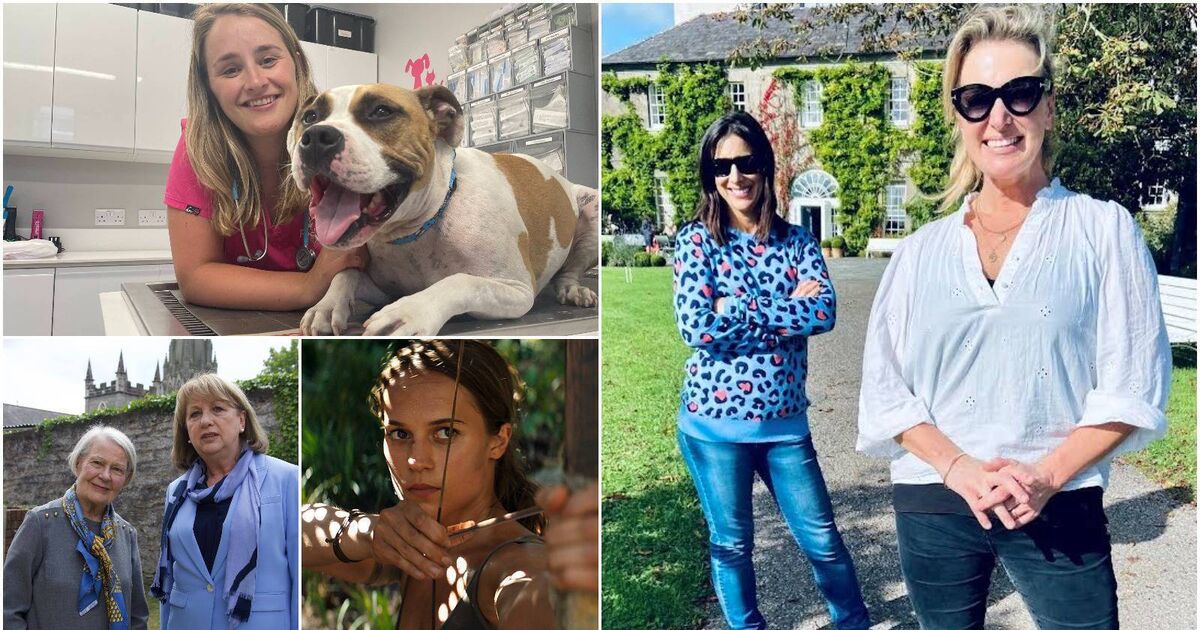 Veterinary surgeons Emma, Niamh and Liam are busy: This week Liam is working at the Limerick races, and Niamh and Emma are treating injured wildlife animals including a bat, a fox and a swan.

In the final episode of the brand new series, Lucy moves in with professional cook, busy mother, and prolific author, Rachel Allen.

Diana’s brother Charles opens the gates of the 500-acre park Althorp for an archaeological dig. His ancestral home has been in the Spencer family for more than 500 years, and Charles is the ninth Earl of Spencer to live there. However, he wants to go even further back into its history to find out if there’s any truth to the legend that a lost Anglo-Saxon village lies in its grounds.

A look at the enduring power of the Princess’s fashion choices – designers, influencer and today’s royals have all paid tribute, and she’s become a style icon to a generation who weren’t even born when she died: from her fairy-tale ballgowns to the little black ‘revenge dress’ she allegedly wore to upstage Prince Charles’s interview with Jonathan Dimbleby. With insights from models, designers and musicians.

Lara Croft sets out on a dangerous journey to unravel the truth behind her adventurer father’s mysterious disappearance. Starring Alicia Vikander and Dominic West.

With God on Our Side

On the centenary of Partition, former President Mary McAleese meets politicians and peacemakers, perpetrators and victims of violence, to ask what role religion played in creating, and resolving, conflict in Northern Ireland, and whether it still has a role to play in building peace, in a more secular, diverse, post-Brexit society.

In the last interview before her death, Pat Hume, widow of the late Nobel Peace Laureate, John, discusses the faith and vision that sustained them both.

Book on One, RTÉ 1, 11.20pm: Thin Place by Kerri ní Dochartaigh, read by the author: A memoir spawned from being born into the height of the Northern Troubles. Runs nightly this week and next, as part of RTÉ’s Late Date.