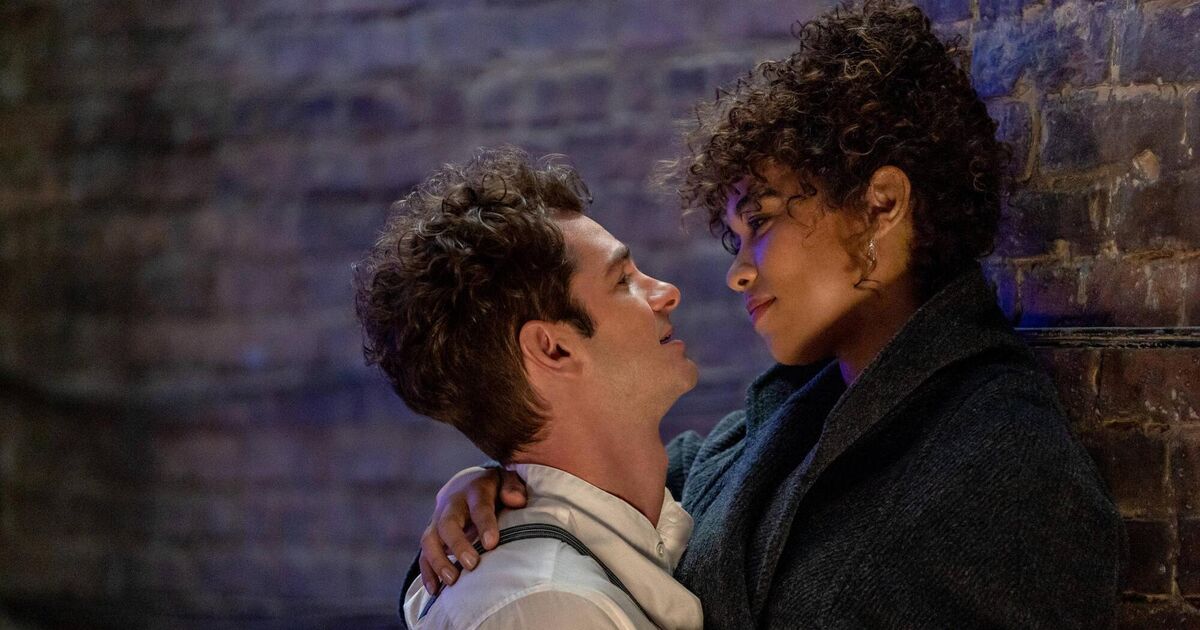 The night before his musical was due to debut off-Broadway, Jonathan Larson died of an aortic aneurysm, aged just 35. That musical was Rent, which went on to become one of the all-time greats in musical theatre, winning the Pulitzer Prize for drama and numerous Tony awards.

It was a bittersweet success for Larson, who never got to see it soar following years of trying unsuccessfully to bring his storytelling to audiences.

At the age of 17, Lin-Manuel Miranda first saw Rent and was so blown away he started to write his own first musical, In the Heights. He has gone on to become a giant in live theatre – but when it came to his movie directorial debut, Larson’s story was the one he wanted to tell.

“The innate Jonathan Larsonness in me feels like well, maybe they’ll only ever let me direct one movie in my life,” smiles Miranda. “I felt like if it would be any movie, it was this one because Jonathan Larson was the artist who made me feel like I had permission to write a musical one day. I feel I owe him a great debt.

“The work he did spoke to me in a really arresting and human way. And when the possibility showed up of directing Tick, Tick…Boom! which was the portrait of a musical theatre composer trying to make it, I was like, I understand that story. I understand that story on a bone-deep level and if they only let me make one, let it be this one.”

The creator of Hamilton still remembers being inspired by first seeing Rent like it was yesterday, he adds. “I was there with my high school girlfriend who got the tickets as a surprise for me. We had been doing musicals together in high school. Musicals always felt like something other people wrote, like they were handed down from stone tablets to rich white guys on the Upper East Side.

“I had never seen a truly contemporary musical. It was the most diverse cast I’d ever seen on a Broadway stage. The other thing that really kind of hit me on a deep level was, you know, in addition to it just being about the thing I wanted to do, it was about artists trying to be artists in New York City and trying to survive amidst the Aids crisis.”

He laughs at the recollection of a character in the show named Mark, who is constantly filming his friends and eventually gets called out for not living in the moment with them. “As someone who carried around a VHS camcorder through much of high school, I felt personally attacked in the back row of the mezzanine, and that’s the day I went from just loving musicals and admiring them, to thinking I could write one someday.”

Getting strong reviews and generating early awards-season buzz, Miranda’s musical feature is based on Larson’s semi-autobiographical musical of the same name. It was during a deeply frustrating time creatively for the artist, who was meeting further rejection for his futuristic musical Superbia and considering failure as he approached 30. British actor Andrew Garfield is superb as the tortured artist.

“Jonathan gave us several gifts in writing, Tick, Tick…Boom!” observes Miranda. “Even in his original drafts, they were always semi-autobiographical. In doing so he gave us license to play with that semi-autobiographical nature. There are many drafts of the rock monologue he performed in the early 90s. There’s the off-Broadway version that I fell in love with when I saw it in my senior year at university.”

The show has various incarnations, and Miranda and his team started to think of Larson as a collaborator. “The guiding principle was sort of always: what would Jonathan Larson want to see up on that screen?

“If he ever had the chance to make this into a film, what would he pick and choose? What songs would work better on screen? We really try to think of him as a collaborator in this. We cut two songs from the off-Broadway version. We grabbed some sections of Superbia that no one has ever heard.”

The movie has fun with the sense of a ticking clock as Larson tries to achieve his goals creatively and in life, something Miranda could certainly relate to in his own work. “I think it’s almost a running joke amidst fans of my work how much the ticking clock is present in everything I write – chiefly among them, Hamilton, for which one of the hooks is: Why do you write like you’re running out of time?

“I never set arbitrary goals for myself, as a young artist – I just was scared I would not get to express the things within myself before I died. The thing I understood about Jonathan, as a fellow struggling songwriter in my 20s, was the weight of how it feels to have an entire show in your head that the audience can’t see yet.

“I’m someone who was painfully aware that the artist who made me want to write musicals in the first place did not live to see how successful his work would resonate with generations of theatre-goers and theatre-makers. And so I think I transferred that pressure onto myself for a really long time.”

Andrew Garfield on getting inside the head of Jonathan Larson

Andrew Garfield disappears into the larger-than-life personality of Larson in a performance unlike any we’ve seen from him before. By turns tortured, difficult, obstinate and hilarious, Garfield brings the artist searingly to life in a powerful and emotional way.

“It felt like I was living in John’s psyche, like we were hanging out in different chambers of John’s memory, psyche, imagination, just who he was as a person, and in almost a timeless place,” says the actor.

Garfield has brought Larson’s manic energy to his performance in a role that’s generating him some Oscar heat. “He was always at an 11. Even if he was bashing out his Casio at home alone, if a song was coming through him, it was as if he was singing to the back row of the Carnegie Hall.

“That being said, I think, to find those quieter, more intimate moments, more private moments, were the real golden ones that Lynn and I were really intent on mining, because his heart is not just on its sleeve. It’s seeping out of every cell, it’s spilling all over the kitchen table. He can’t help but live this way.