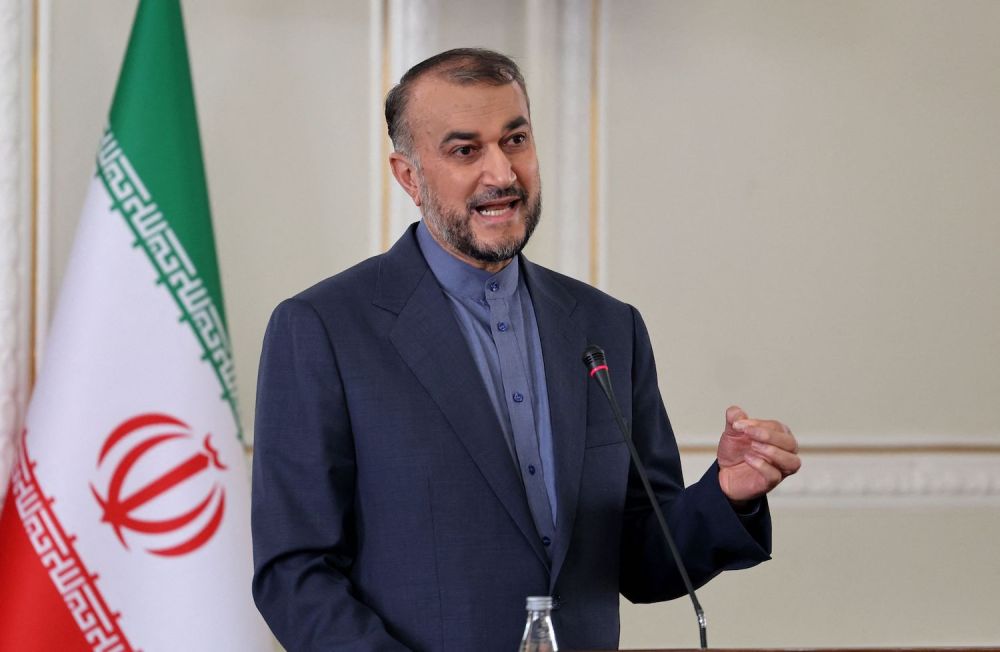 Iranian Foreign Minister Hossein Amir-Abdollahian is in Beijing today to meet with his Chinese counterpart Wang Yi, the first visit to China by a member of Iran’s cabinet since new President Ebrahim Raisi took charge in August.

Amir-Abdollahian’s trip comes amid a flurry of Middle East-focused diplomacy for Beijing, with the foreign ministers of Saudi Arabia, Bahrain, Kuwait and Oman, as well as the Gulf Cooperation Council secretary-general all paying visits this week.

Iran’s top diplomat is set to discuss the 25-year security and economic cooperation agreement signed between the two countries in March. The $400 billion deal would see China invest in several sectors of Iran’s economy, from finance to infrastructure. It would also see both powers forge closer military ties.

With biting sanctions continuing to cripple the Iranian economy and a government wary that any rapprochement with the West could be scratched out by a future Oval Office occupant’s pen, the benefits to Tehran of a deeper relationship with its number one trading partner are obvious.

But what’s in it for Beijing? A steady (and possibly cheap) supply of Iranian oil, for one thing. But there’s more upside to engaging with Iran than just economics.

Given Iran’s geopolitical position outside the U.S sphere of influence, the relationship makes sense for Chinese leaders who know they can engage with a willing partner, Scott W. Harold, an expert on Chinese foreign policy at the Rand Corporation, told Foreign Policy.

It’s by no means an ironclad alliance, however, with Tehran still nursing grievances from China’s decisions to back U.N. sanctions against it as well as broader fears over Chinese domination. “This relationship is useful to both sides, but it’s not necessarily one based on trust,” Harold said. “It’s more based on an often overlapping Venn diagram of how do you counter threats from the outside world and your own people.”

But Beijing might not be the savior Tehran imagines. Writing in Foreign Policy in December 2020, Wang Xiyue—a former prisoner of the Iranian regime—argued that China would not sacrifice the prospect of improved relations with the United States to cozy up to Iran. “Even if Iran is more than a mere pawn, in Beijing’s view it is ultimately dispensable,” he wrote.

Bradley Bowman and Zane Zovak, writing in Foreign Policy, believe it’s a relationship Washington should keep a close eye on.

Lavrov’s press conference. Russian Foreign Minister Sergey Lavrov holds a press conference today where he is expected to deliver Moscow’s assessment following a week of talks with Western countries over tensions in Ukraine. Lavrov’s message is unlikely to differ from that of his colleagues in the Russian government, who have called for an end to NATO’s eastern expansion. On Thursday, Deputy Foreign Minister Sergey Ryabkov said that talks had revealed “a dead end or difference of approaches,” and that Russian military specialists were advising President Vladimir Putin on his options.

U.S. National Security Advisor Jake Sullivan once again warned Russia against taking military action against Ukraine, citing intelligence data that said Russia was planning to fabricate a pretext for an assault. Sullivan said on Thursday he would release the information “over the course of the next 24 hours.”

As a pivotal week comes to a close, my FP colleagues Amy Mackinnon and Robbie Gramer give a thorough rundown on where things stand.

Johnson under pressure. British Prime Minister Boris Johnson is set to face more pressure within his Conservative party amid new revelations of parties at 10 Downing Street while the rest of the country was under strict social restrictions. The Telegraph—Johnson’s former employer and usually a reliable source of support—reports that the two parties took place in April 2021, on the night before the funeral of Prince Phillip. The juxtaposition of the parties next to images of Queen Elizabeth II mourning her husband alone in the funeral chapel has not been lost on Liberal Democrat leader Ed Davey, who repeated a call for Johnson’s resignation. “Whilst she mourned, Number 10 partied. Johnson must go.”

Electricity demand surges, Global electricity demand increased significantly in 2021, while growth in coal-fired power outstripped that of renewable energy according to a new report from the International Energy Agency. The increase in demand of 1,500 terawatt-hours, of which 50 percent was driven by China, is a new record, as is the growth in corresponding carbon emissions. The results of the report “underscore the massive changes needed for the electricity sector to fulfill its critical role in decarbonizing the broader energy system,” IEA chief Fatih Birol said in a statement.

Keep an Eye On

Serbia’s constitutional referendum. Serbian voters go to the polls on Sunday to vote in a constitutional referendum on reforming the country’s judicial system to increase its independence. The potential changes, if accepted would be another step forward for Serbia in its accession negotiations with the European Union as it strives to meet other standards for admission.

Afghanistan’s plight. U.N. Secretary-General António Guterres has called on the United States and World Bank to unlock Afghan funds frozen since the Taliban seized power in August. U.S. officials have frozen roughly $9.5 billion in Afghan central bank assets and, like most nations, has refused to recognize the Taliban-led government as legitimate. The call to release the funds comes as Afghanistan faces an acute hunger crisis, with U.N. agencies calling for $5 billion in aid for the country in 2022. “Freezing temperatures and frozen assets are a lethal combination for the people of Afghanistan,” Guterres said.

The mystery behind the mask. Still nothing on the calendar for Valentine’s Day? Try wearing a mask. A study from researchers at Cardiff University suggests that people are more likely to find someone attractive if they are wearing a mask than if they went maskless. The study further found that the common blue surgical mask made the wearer appear the most attractive, achieving higher ratings than plain cloth masks.

“The results run counter to the pre-pandemic research where it was thought masks made people think about disease and the person should be avoided,” researcher Michael Lewis told the Guardian. “The pandemic has changed our psychology in how we perceive the wearers of masks. When we see someone wearing a mask we no longer think ‘that person has a disease, I need to stay away.’”