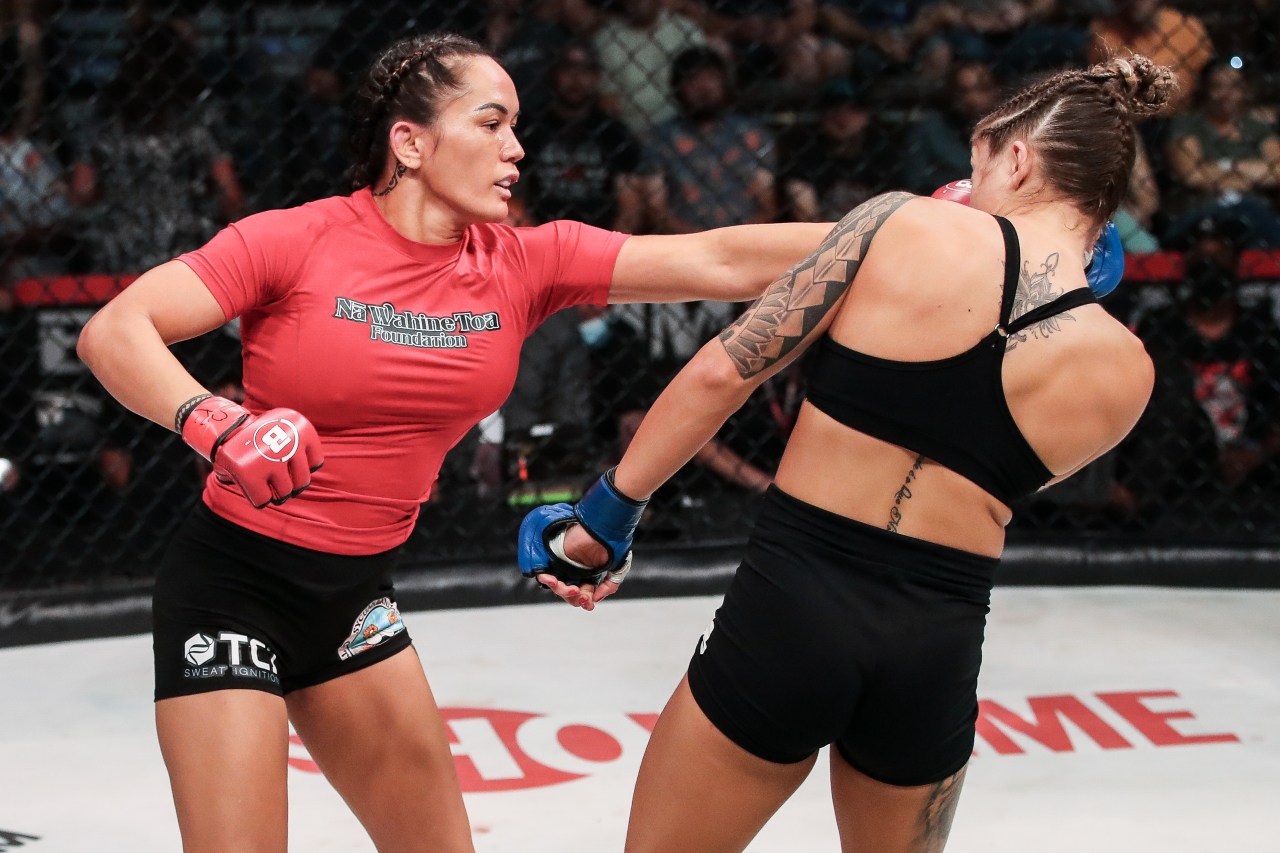 Ilima-Lei Macfarlane is back in the win column.

The Punahou alumna improved to 12-2 as a professional MMA fighter with a unanimous decision over Bruna Ellen at Bellator 284 in Sioux Falls, S.D. on Friday.

All the latest sports news from Hawaii’s sports station

Because Macfarlane weighed in at three pounds above the women’s flyweight limit on Friday, she will have to give up an undisclosed portion of her purse.

“It’s been a very long road. I feel like a lot of my feelings about fighting changed when I lost the belt,” Macfarlane said following her win on Friday. “It’s been a roller coaster for the last two and a half years. This fight game is such an emotional roller coaster, but that win definitely helped me realize that (my heart’s) still there.”