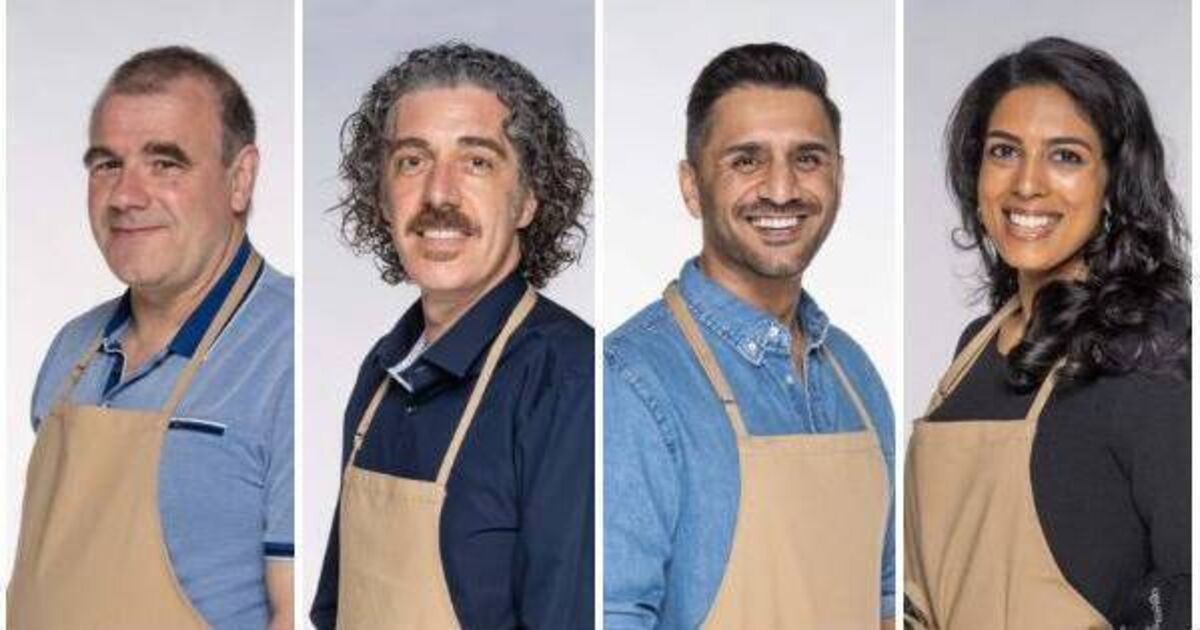 Semi-Final Week on the Great British Bake Off was as dramatic as promised. With a shock exit on the cards, we joined Chigs, Crystelle, Giuseppe and Jürgen as they tackled opera cakes, a sable Breton tart and the most difficult signature yet: a themed banquet display arranged around an edible centrepiece.

Hollywood and his handshakes spelled out doom from the beginning, with three out of four bakers receiving one for their signature. Matt Lucas claimed pressure fatigue, saying “I don’t think I can take much more of this.”

The technical caused Chigs to shout “I ain’t got a clue what’s going on,” and poor aul Jürgen dyed his hands red while navigating the whopping five-hour showstopper challenge

What lies in store for our Semi Finalists tonight? Take it away bakers! #GBBO pic.twitter.com/QaF17lNaxd

Guiseppe tried to hold it together when Matt tells him that his crème pâtissiere looks a “bit like a pooey porridge, at this stage,” and it was unclear who would be crowned Star Baker.

In the end, it was time to say goodbye to the Jürgenator, who signed off saying “who wants to fly to the moon when you can be on Bake Off?”

Truly one of a kind – and in the best possible sense. Here’s Jürgen’s amazing Bake Off journey… #GBBO pic.twitter.com/7c89wmAFHf

Delight in this dense, traditional bakewell tart with raspberry jam and almonds, perfect with a pot of afternoon tea