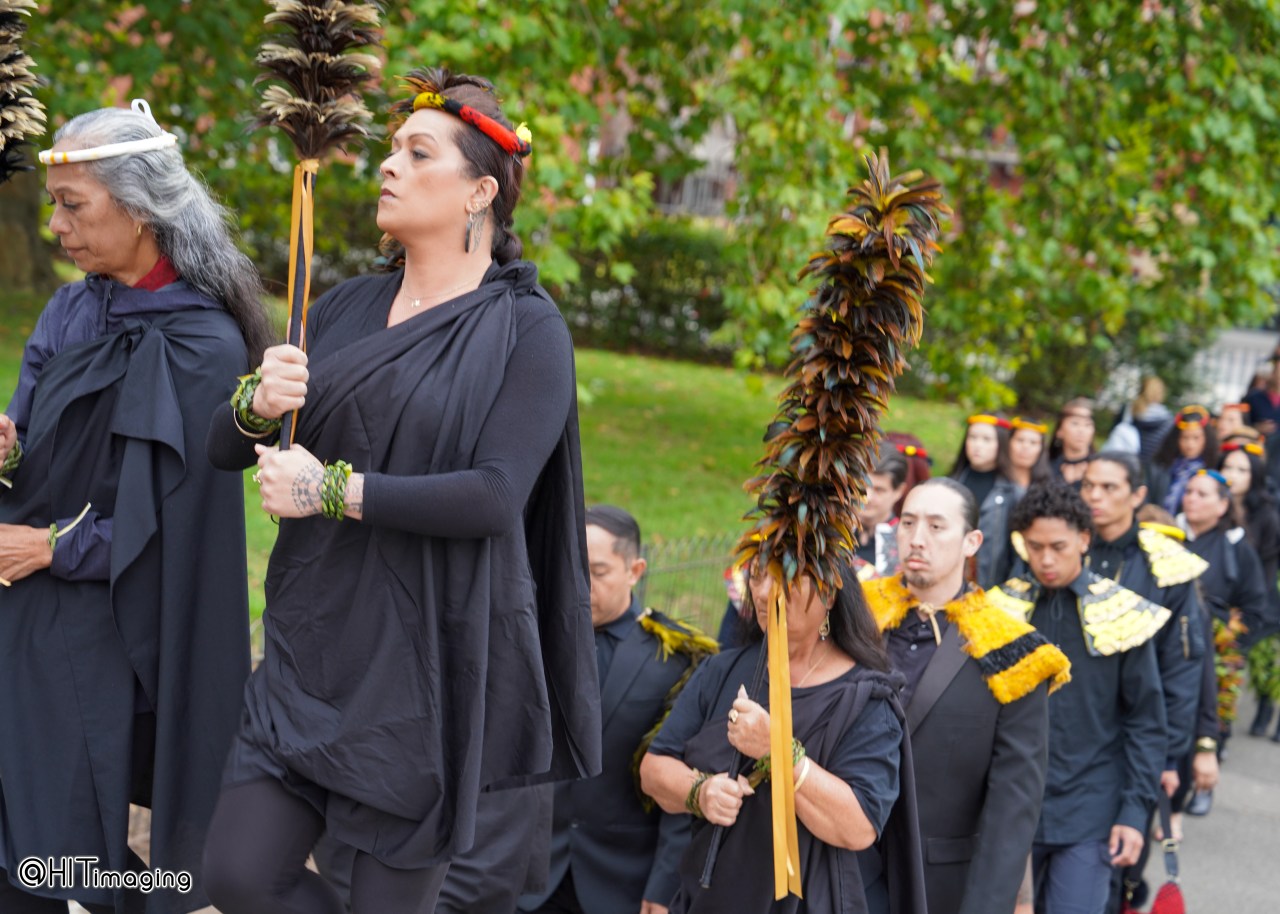 HONOLULU (KHON2) — It was a cold 60 degrees in London the day Queen Elizabeth II was laid to rest, but that didn’t stop Hawaii residents from honoring the queen respectfully and representing the islands’ close ties to British royalty.

Get news on the go with KHON 2GO, KHON’s morning podcast, every morning at 8

Kumu Micah Kamohoalii, whose ancestors were of Hawaiian royalty, said, “I told our group of 40 that we’re going to do what we would do if an alii had passed at home. I was standing there in the freezing cold with my malo on, and my feather cape on, and that’s the way we would’ve done it at home.”

They had originally gone to London for fashion week but wanted to pay respects to the queen while there “To stand for our royal families and to represent them, you know, and to remember the connections that we had at one point in time,” said Kumu Kamohoalii.


Hawaii reflects on Queen Elizabeth since her death

“So we stood for four hours and, um, on the side of the road waiting for Queen Elizabeth to come by, and when she came by, we sang Aloha Oe.”

The crowd was curious at first glance and when Kamohoalii told them they were from Hawaii they said “wow and thank you for coming so far.”

Kamohoalii thought they were “just so appreciative that we came from so far to honor their queen.”

They said this day was full of emotions and one no one would forget.

“There was, uh, rainbows that were shooting up around in the back drops of London, and, um, it felt a little, uh, somber yet a little joyous at the same time honoring, um, a remarkable woman,” said Kumu Kamohoalii.