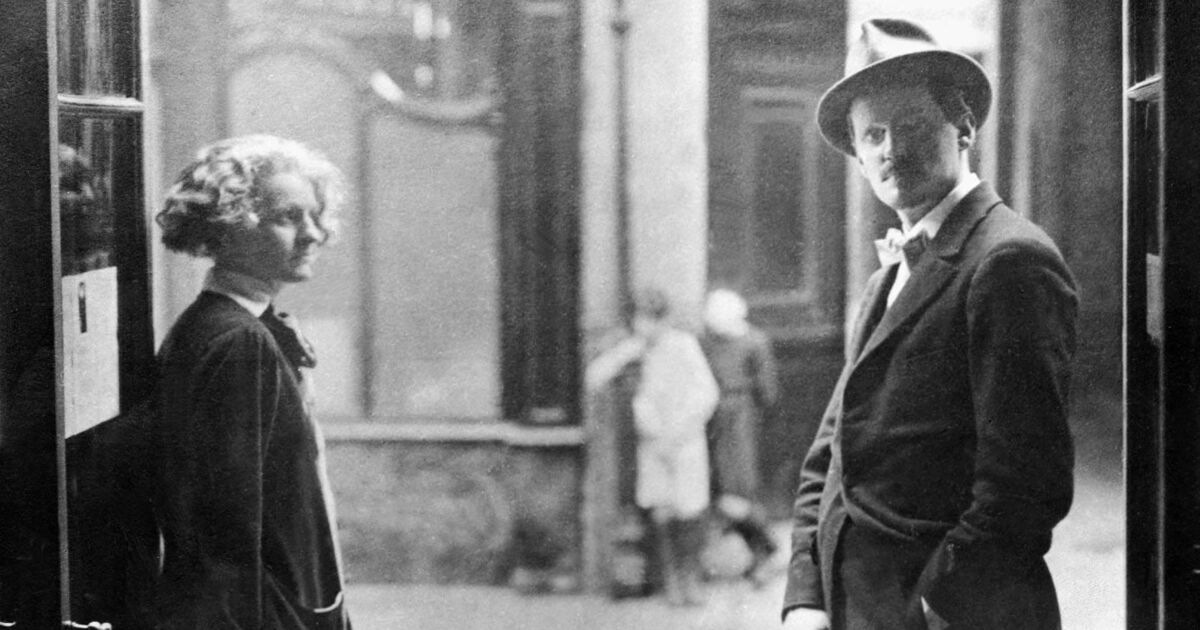 It regularly features in greatest novel lists and equally in the ‘books I haven’t finished’ category — in 2009, for a survey carried out on World Book Day, it also came in third (behind Orwell’s 1984 and Tolstoy’s War and Peace) in a survey of books most people have lied about reading.

“People find it daunting, that is an overriding response now,” says Anne Fogarty, Professor of James Joyce Studies at UCD. “But the initial response was that people thought it was a scandalous, dirty book, pornographic. There were all kinds of reasons why people were backing away, not just the difficulty. The length of Ulysses and its intricacies, people find daunting. Ulysses seems to lay it on the line more than any other text — there are people who make a whole philosophy out of not reading Ulysses. It is certainly demanding.”

Joyce was no literary snob

Joyce himself wrote of Ulysses: “I’ve put in so many enigmas and puzzles that it will keep the professors busy for centuries arguing over what I meant, and that’s the only way of insuring one’s immortality.”

According to Fogarty, the author may have been prescient in how Ulysses would come to be studied and pored over in the field of academia but it didn’t reflect his own wishes for the book.  “He saw it as a text for everyone, and also as the great novel of Dublin, and he wanted people there to read it. There is a kind of snobbery that went with ownership of Joyce at one point and I think people found that prohibitive in a way.”

As writer and scholar Declan Kiberd previously noted, Joyce made a point of giving presents of Ulysses to hotel porters and waiters — “his book was for, as well as about, the common man”.

You can read it whatever way you want

In his recent book, Ulysses, A Reader’s Odyssey, Daniel Mulhall, Ireland’s ambassador to the US, recommends taking short cuts in navigating the book. It is an approach that Fogarty supports.

“It is a recognition that not everybody is going to master the text and in a way, all of the lifelong Joyceans, particularly those in reading groups all their lives, they never get to the end of him. Mulhall is right, you can certainly read him in lots of different ways and you don’t have to be completist about it because you can’t be — it’s encyclopaedic, and the book will be different every time you pick it up.

“There are two beginnings in Ulysses, you begin in the Tower with Stephen and follow him for three episodes and then the fourth episode brings you to Eccles Street and you are introduced to Leopold Bloom. I would recommend beginning with the fourth episode, for instance, and after that, picking and choosing. The Cyclops episode, I think, appeals to people, as the conversation between the men in the pub is very performative.”

Audio is a great way to experience the book

“I would definitely recommend listening to an audio recording,” says Fogarty. “The RTÉ1 version is the one that is most often recommended, and that is available online. It really brings the book to life. Parts that would catch you when you are reading alone make perfect sense and you are not worried about the fact that you don’t fully understand it because the meaning is being communicated to you by the actors. That allows you to move forward with it.”

Molly Bloom as a feminist figure

“We don’t really meet many women in the book — they populate the streets of Dublin but they are also marginalised,” says Fogarty. “Joyce gives them a kind of centrality but he also has to recognise that socially they don’t have power and they don’t figure in the story to that degree.”

Fogarty describes Bloom as a contradictory figure. “She is difficult to get a handle on, she puts women down as well as talking them up — she calls women ‘a dreadful lot of bitches’ but at the same time, she has extraordinary passages about what it is like to have a woman’s body. She was seen as very shocking by early readers, and for quite a few decades after that as well. This included scholars — you can barely read the comments now — who saw her as this prostitute figure, a slattern. She mixes everything up, she is both feminist and anti-feminist.”

Ulysses was never banned in Ireland

Few publishers dared to touch Ulysses because it was considered so shocking and obscene. The Little Review in New York began serialising some of the chapters Joyce had finished in 1917, but that came to a halt when the editors were prosecuted. In London, activist and magazine editor Harriet Shaw Weaver set up her own press to print Ulysses, but the printer refused to continue setting it. Eventually, Sylvia Beach, a young American who operated the Shakespeare and Co bookshop in Paris, published it. However, while banned in Britain and the US, it was never officially banned in Ireland. According to Fogarty, this was due in part to the fact that the Censorship of Publications Act, wasn’t introduced until 1929, after the book came out.

“Censorship in Ireland seems to have grown apace, the new Irish state got more and more moralistic,” she says. “It wouldn’t have been widely available for sale for ages but people were smuggling the book in. Most of the Irish writers certainly read Joyce, so they must have got their hands on a copy. Seán Ó Faoláin’s biography mentions him visiting Daniel Corkery’s home in Cork, and he saw Ulysses on the shelf. Yeats had a copy, although he didn’t read it all.” It was not until Penguin produced a cheap paperback edition in 1968 that Ulysses reached bestseller status.  “That edition made a big difference, and it kind of democratised Ulysses,” says Fogarty.

Why does Ulysses invoke such a strong reaction?

“There is a phrase in Finnegan’s Wake referring to ‘the ideal reader suffering from the ideal insomnia’,” says Fogarty. “I think because Ulysses is such an immersive read, people become passionate about the text. In fact, the most knowledgable Joyceans are outside the academy because they have devoted their lives to collecting all kinds of information about Joyce and studying the text. Some people feel excluded then and react strongly.”

The Examiner gets a mention

At the beginning of the ninth episode, Scylla and Charybdis, Bloom is in the National Library of Ireland to consult the Kilkenny People. The librarian dealing with him is Lyster, who lists “All the leading provincial…. Northern Whig, Cork Examiner, Enniscorthy Guardian.”

“It is known as the library scene, where Stephen gives his grand disquisition on Shakespeare,” says Fogarty. “Bloom is a shadowy figure, he is researching an ad for the Freeman’s Journal, and he wants to consult the Kilkenny People. Lyster is talking up the National Library’s resources, telling him ‘we have all the provincial papers’.… so some of this is kind of Dublin snobbery. All the papers he mentions, including the Northern Whig, which would have been a Belfast one, are all seen as provincial. Ulysses is obsessed with print — people often say that Ulysses itself can be read like a newspaper.”

As Declan Kiberd notes, the major sources of news to Bloom as he walks the streets are posters, handbills, advertisements and glimpsed newspaper headlines.