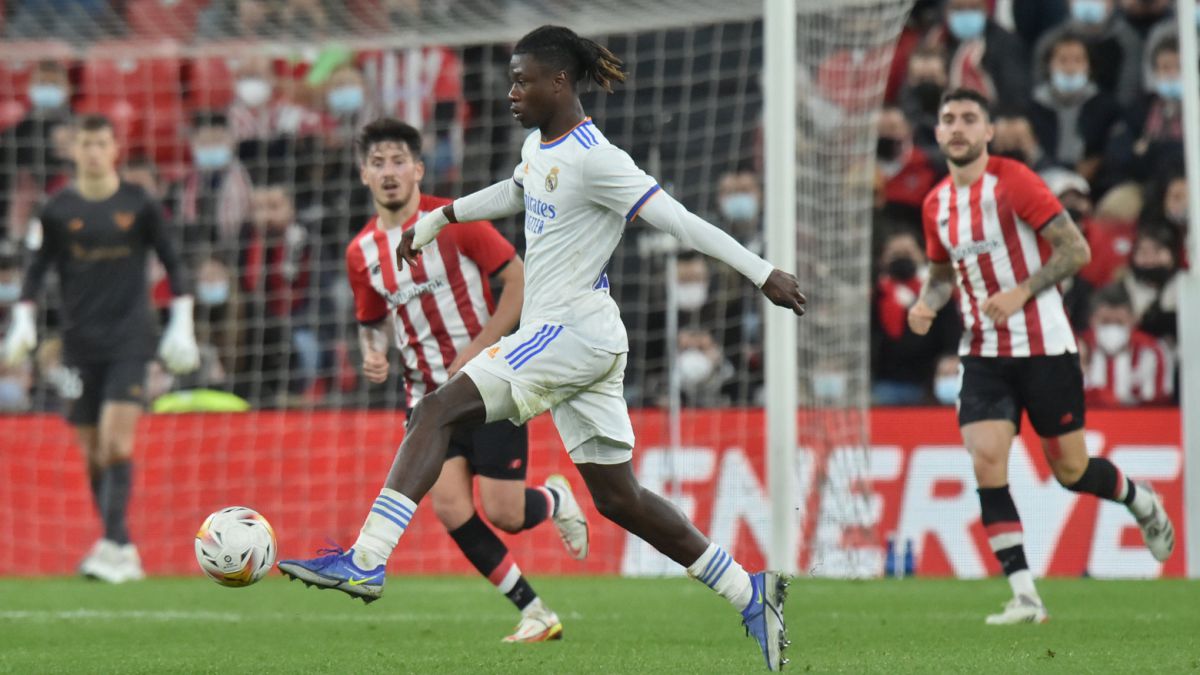 Eduardo Camavinga was given the difficult task of deputising for Casemiro last night at San Mames as Real Madrid won a hard-fought battle with Athletic Club 2-1. The Frenchman was under pressure from the first minute as Marcelino’s side pressed high, and coped admirably. But he’s divided opinion at the same time.

Oihan Sancet’s goal, note Diario AS, came from Camavinga losing the ball and not getting close enough to his man before he shot. He also committed several fouls that could have landed him a yellow card, eventually picking one up in the 64th minute that will see him miss Madrid’s first game of the New Year against Getafe. Yellow cards are to be avoided when playing as the sole pivot.

The Frenchman now has one yellow card every 124 minutes, while Casemiro, the man he was replacing, has received one yellow card every 273 minutes he’s played in 2021/22. Given Camavinga’s youth, this is something to be expected – he didn’t play that much football at Rennes before joining Madrid in the summer and is on a steep learning curve. But these are the things that he must learn to succeed in the Spanish capital.