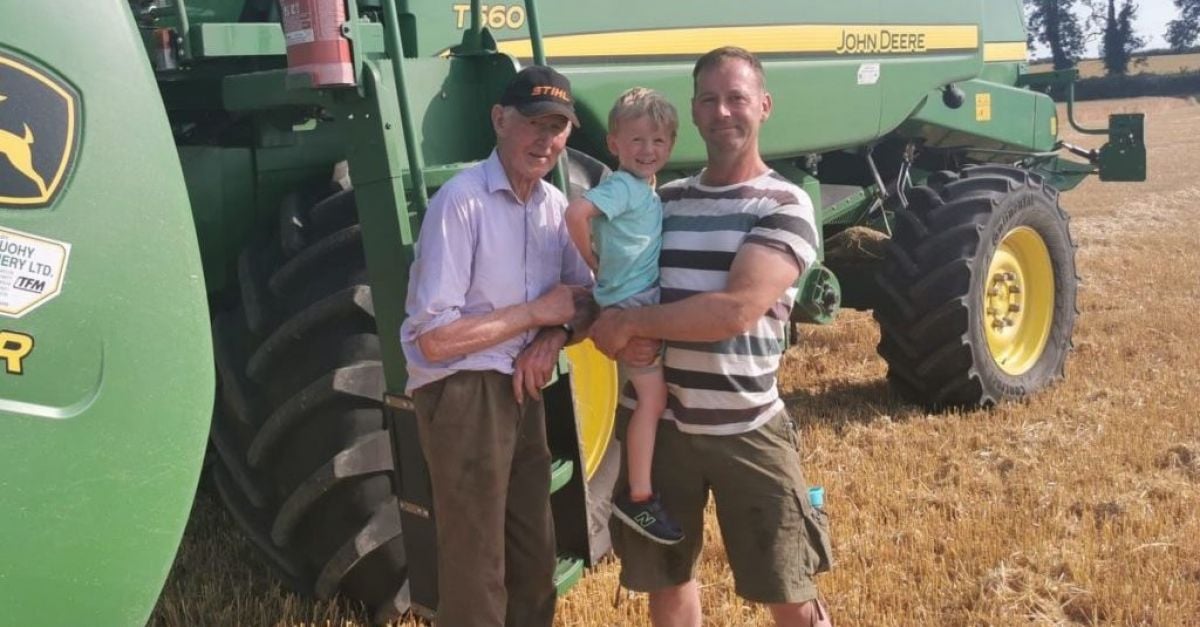 An eco-friendly Irish farmer who was recognised with a new sustainability award says he is reaping the environmental benefits of wrapping his fields in colourful “blankets” every winter.

Eugene Ryan (49) from Portlaoise, is the third generation of his family to make barley used to brew Guinness.

He is one of a group of tillage farmers in Ireland who have adopted the use of cover crops in fields that would have previously laid bare during the winter months after the cash crops have been harvested for the year.

The practice has been credited with reducing the farmers’ carbon footprint while improving soil fertility and limiting erosion caused by heavy rainfall.

Mr Ryan, a married father-of-two, plants a range of winter flowers and vegetables in his fields that grow through autumn and winter and create a thick barrier from the harsh elements.

The colourful mix of plants has also created a new habitat for insects and wildlife, with bees and pheasants particularly fond of the dense vegetation.

“The cover crops do a number of things to protect the soil over the winter,” Mr Ryan said.

“They soak up any nutrients that might be left in the soil once a crop has been harvested and they help to create organic matter that we then reincorporate into the soil and they also help protect the soil from heavy rainfall.

“So, it’s like having a large blanket on the soil.”

He added: “I’m certainly a lot happier to have a green cover on the field rather than bare soil which would have been the traditional way.”

Mr Ryan has also experimented with eco-friendly ways of clearing the cover crops ahead of sowing season, rather than relying on herbicides.

One method is to wait for a heavy frost and then drive over the fields with a roller.

“Because the crop is frozen solid it just shatters when you drive over it and that kills the crop and it breaks down,” he explained.

The farm, which has been in the Ryan family for more than 100 years, grows barley, wheat, oats and oil seed rape for market.

It is the spring barley that is used to brew Guinness. The farmer’s work with cover crops helped him scoop the inaugural Guinness Sustainability Award at this month’s Irish Malting Barley Excellence Awards.

Mr Ryan said he had to take a long-term view when justifying the effort to sow a crop that made no immediate profit.

“The benefits can be somewhat hard to quantify or put an exact monetary figure on it,” he said. “Certainly, I’ve seen the difference and I would say my soil has become a lot healthier.”

The farmer said his fields had also become a bit of local attraction for people in the area.

“I suppose if you’ve a field of wheat or barley it all looks the same, as it looks the perfect height and it’s nice and even, whereas this can look maybe a little bit ungainly because there are big plants and small plants and all sorts of colours in it,” he said.

“It’s certainly eye-catching but the benefits are huge from it.”

Mr Ryan insists that tillage farming in particular is one of the most carbon efficient industries in Ireland.

“The tillage industry has a huge role to play in sequestering carbon,” he said.

“We’re not quite carbon neutral, but we’re very, very close to it. So the protection of the tillage industry is of vital importance going forward.”