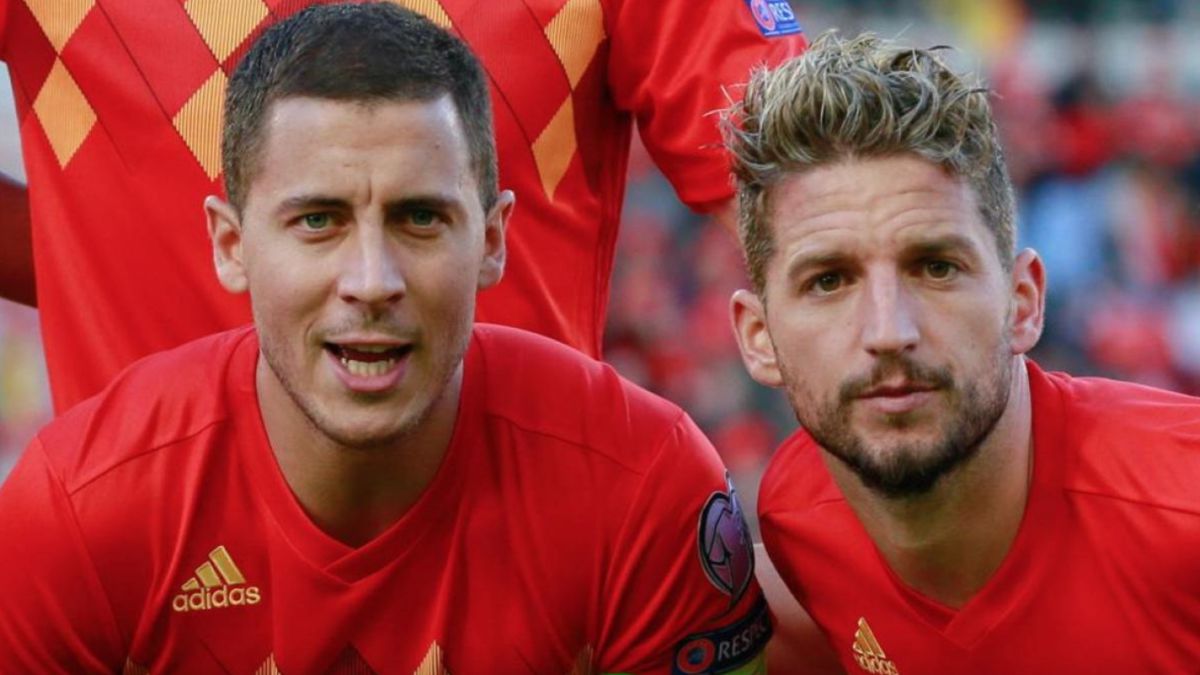 Dries Mertens has commented on the lack of game-time Eden Hazard has been earning under Carlo Ancelotti at Real Madrid. The pair are currently away on international duty together with Belgium, where Hazard can expect much more prominence than he’s been given at the Santiago Bernabeu.

Mertens knows Ancelotti well, having worked with him at Napoli. “I think I have to call Carlo because he’s not being fair,” he said as carried by Diario AS when discussing Hazard’s issues. “No, I’m kidding. Eden has an incredible mindset that things will get better. It’s a pity that there is a boy in his place that’s playing well and Real Madrid are winning games. But it takes time. With time, all good footballers get minutes and I’m sure he’ll play again.

Mertens is the second man from the Belgian camp to come out in support of Hazard this week, after coach Roberto Martinez. Hazard has mustered just 347 league minutes under Ancelotti so far this season, failing to score and only providing a single assist.

Injury has disrupted his Madrid career so far, but he’s injury-free right now and still far from the starting lineup. The boy Mertens referenced in his comments is Vinicius – the Brazilian is flying this season, forming a devastating partnership with Karim Benzema.

Hazard has seriously underwhelmed at the Santiago Bernabeu since joining from Chelsea in a big-money move in the summer of 2019. He scored 110 goals and provided 92 assists in 352 appearances at Stamford Bridge, but has only been able to contribute five goals and nine assists in 54 games with Madrid.