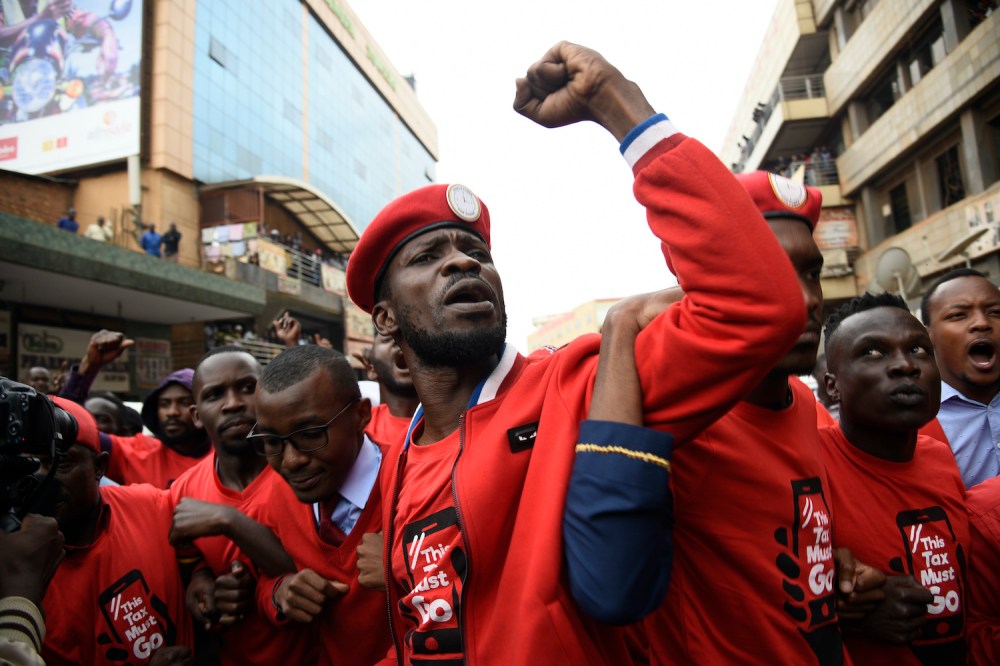 The conventional wisdom these days is that autocracy is ascendant and democracy is on the decline. But the superficial appeal of the rise-of-autocracy thesis belies a more complex reality—and a bleaker future for autocrats. As people see that unaccountable rulers prioritize their own interests over the public’s, the popular demand for rights-respecting democracy remains strong.

In country after country—Myanmar, Sudan, Russia, Belarus, Nicaragua, Poland, Uganda, even Kazakhstan before protests seemed to have been hijacked by a governmental power struggle—large numbers of people have recently taken to the streets, even at the risk of being arrested or shot. There are few rallies for autocratic rule.

In some countries that retain at least a semblance of democratic elections despite the leader’s autocratic tendencies, opposition political parties have begun to paper over their policy differences to build alliances in pursuit of their common interest in ousting the ruler. And as established autocrats can no longer rely on subtly manipulated elections to preserve power, a growing number are resorting to electoral charades that guarantee their victory but confer none of the legitimacy of an election.

Yet autocrats are enjoying their moment in the sun in part because of the failings of democratic leaders. Democracy may be the least bad form of governance, as Winston Churchill observed, because the electorate can vote the government out, but today’s democratic leaders are not meeting the challenges before them. Whether it is the climate crisis, the pandemic, poverty and inequality, racial injustice, or the threats posed by major technology companies, these leaders are often too mired in partisan battles and short-term preoccupations to address these problems effectively.

If democracies are to prevail, their leaders must do more than spotlight the autocrats’ shortcomings. They need to make a stronger, positive case for democratic rule. That means doing a better job of meeting national and global challenges—of ensuring that democracy delivers on its promised dividends.

It means standing up for democratic institutions such as independent courts, a free press, robust legislatures, and vibrant civil societies even when that brings unwelcome scrutiny or challenges to executive policies. And it demands elevating public discourse, acting on democratic principles, and unifying citizens in the face of looming threats.

Most of the world today looks to democratic leaders to solve our biggest problems. The Chinese and Russian leaders did not even bother showing up to the U.N. climate summit in Glasgow, Scotland, last year. But if democratic officials are unable to summon the visionary leadership that this demanding era requires, they risk fueling the frustration and despair that are fertile ground for the autocrats.

The first goal of most autocrats and their would-be aspirants is to chip away at the checks and balances on their authority. Democracy worthy of its name requires not only periodic elections but also free public debate, a healthy civil society, competitive political parties, and an independent judiciary capable of defending individual rights and holding officials accountable. Autocrats typically attack these restraints on their power by going after independent journalists, activists, judges, politicians, and human rights defenders.

The importance of these checks and balances was visible in the United States, where they impeded then-President Donald Trump’s attempt to steal the 2020 election, and in Brazil, where they are working to impede President Jair Bolsonaro’s threat to do the same in the election scheduled for this October.

A lack of democratic procedures and institutions leaves autocrats unaccountable to the public. That makes them more likely to serve their own political interests—and those of their cronies or military supporters. Autocrats claim to deliver better results than democrats, but they usually deliver mainly for themselves.

The COVID-19 pandemic spotlighted this self-serving tendency. Many leaders with autocratic tendencies downplayed the pandemic, turned their backs on scientific evidence, spread false information, and failed to take basic steps to protect the health and lives of the public. As infections and deaths surged, some of those leaders threatened, silenced, or even imprisoned the health care workers, journalists, and others who reported, protested, or criticized them.

This scenario played out in Egypt, India, Hungary, Brazil, Tanzania under the late President John Magufuli, and the United States under Trump. Some autocrats used the pandemic to halt demonstrations against their rule while allowing rallies in their favor, as in Uganda, Russia, Thailand, Cambodia, and Cuba.

Even in China, the official cover-up of human-to-human transmission in Wuhan during the critical first three weeks of January 2020 while millions of people fled or passed through the city helped the virus go global. To this day, Beijing refuses to cooperate with an independent investigation into the origins of the virus.

Autocrats also frequently devote government resources to self-serving projects rather than public needs. In Hungary, for example, Prime Minister Viktor Orban has spent European Union subsidies on soccer stadiums, which he used to pay off cronies, while leaving hospitals decrepit. In Egypt, President Abdel Fattah al-Sisi allowed health care facilities to languish while the army and its vast business enterprises flourished. As Russia’s economy declined, the Kremlin increased spending on the military and the police.

Autocrats’ ability to act more quickly, unencumbered by the checks and balances of democracy, can paradoxically be their undoing. The free debate of democratic rule can slow decision-making, but it also ensures that diverse views are heard. Autocrats tend to suppress opposing views, leading to such ill-considered decisions as Turkish President Recep Tayyip Erdogan’s lowering of interest rates in the face of spiraling inflation.

Sri Lanka’s former president, now Prime Minister Mahinda Rajapaksa, built a port with Chinese loans and rushed through construction, leading to economic losses so great that Beijing gained control of the port for 99 years. India’s economic growth has yet to recover fully from the abrupt decision of Prime Minister Narendra Modi’s government to eliminate high-value currency notes—an effort to contain corruption that hurt the most marginalized people, who rely primarily on cash for subsistence.

As Chinese President Xi Jinping consolidates his individual power, he needs to address the challenges of a slowing economy, a debt crisis, a housing bubble, a shrinking workforce as the population ages, and troubling inequality. Similar one-man rule previously led to the Chinese Communist Party’s catastrophic Cultural Revolution and Great Leap Forward, which led to the deaths of millions of people. Xi is already overseeing crimes against humanity in Xinjiang, bending the legal system to his will, purging political allies, and extending the surveillance state into every nook and cranny of the country. Such unchallenged decision-making is a recipe for disastrous mistakes.

Repression may yield resignation, but that should not be confused with support. Many autocrats thought they had learned to manipulate voters through managed elections. They would allow periodic balloting—but only after, by their calculation, tilting the playing field sufficiently to prevail. This manipulation was often enough to ensure a so-called victory but not so blatant as to deprive the exercise of all legitimacy.

As the corruption and mismanagement of autocratic rule became undeniable, though, voters became less susceptible to election management techniques. In certain countries where some degree of political pluralism was still tolerated, broad coalitions of political parties have begun to form, spanning the political spectrum. Such alliances reflect growing awareness that partisan differences pale in comparison to a common interest in removing a ruler with corrupt or autocratic tendencies.

In the Czech Republic, such a coalition defeated Prime Minister Andrej Babis at the ballot box. In Israel, a broad coalition ended the longtime rule of Prime Minister Benjamin Netanyahu. Similar alliances of opposition parties have formed ahead of forthcoming elections against Orban in Hungary and Erdogan in Turkey. A comparable tendency within the U.S. Democratic Party contributed to the selection of Joe Biden to contest the 2020 election against Trump.

Russian authorities imprisoned the leading opposition figure, Alexey Navalny (after nearly killing him with a nerve agent); designated his organizations as “extremist”; and hindered efforts by his team to organize a “smart voting” strategy to select the least objectionable remaining opponent of the ruling party.

In Nicaragua, President Daniel Ortega imprisoned all leading opponents and dozens of government critics and revoked the legal status of the main opposition parties. Belarusian President Aleksandr Lukashenko did the same with his main opponents but did not count on the enormous electoral appeal of Sviatlana Tsikhanouskaya, who replaced her husband as a candidate and may have won the stolen election before having to flee the country.

In Uganda, President Yoweri Museveni, facing Bobi Wine—a young, charismatic, and popular opponent—banned his rallies, and security forces shot his supporters. Iran’s ruling clerics disqualified all but hard-liners from competing in presidential elections. Uzbekistan’s leadership refused to register any opposition parties, ensuring that there would be no genuine challenge to President Shavkat Mirziyoyev’s continued rule. The Cambodian and Thai governments dissolved popular opposition parties and forced opposition politicians into exile or prison.

What is left after such blatant undermining of elections is no longer managed democracy but “zombie democracy”—a charade that has no pretense of a free and fair contest. These autocrats have moved from manipulated co-optation to rule by repression and fear. Some cite this unabashed oppression as evidence of rising autocratic power, but in fact it represents the opposite—an act of desperation by leaders who know they have lost any prospect of popular support.

The Chinese government offers a variation on this theme. On the mainland, it has never countenanced elections. The constitution imposes the dictatorship of the Chinese Communist Party, and in recent years the government increasingly has asserted the alleged superiority of its authoritarian system over the messiness of democracy.

Yet the government goes to great lengths to avoid testing that proposition. Across mainland China, it censors (and often detains) domestic critics. When the one territory under its control that was free to express itself—Hong Kong—demonstrated through local elections and mass protests its opposition to Communist Party rule, Beijing crushed those freedoms.

Similar fear of a domestic verdict on their rule can be seen with other dictatorial and monarchical governments that have never risked even managed elections, such as those in Cuba, Vietnam, North Korea, Turkmenistan, Eswatini (formerly Swaziland), Saudi Arabia, and the United Arab Emirates.

Most democracies today hardly have a stellar record in addressing societal ills or handling problems swiftly. The division of power inevitably slows its exercise, but that is the price of avoiding tyranny. However, democracies these days are failing in ways that transcend the inherent limitations of democratic checks and balances.

The climate crisis poses a dire threat, yet democratic leaders are seemingly incapable of overcoming national perspectives and vested interests to take the major steps needed. Democracies responded to the pandemic by developing highly effective mRNA vaccines with remarkable speed, but they have failed to ensure that the people of lower-income countries share this lifesaving invention, resulting in countless needless deaths and increasing the likelihood of variants that evade vaccines arising in those poor countries.

Some democratic governments took steps to mitigate the economic consequences of the COVID-19 lockdowns but have yet to tackle the broader and persistent problem of widespread poverty and inequality or to build adequate systems of social protection for the next inevitable economic disruption.

The outcome of the high-stakes battle between autocracy and democracy remains uncertain. The autocrats are on the defensive as popular protests mount, broad pro-democracy political coalitions emerge, and managed elections prove unreliable. Yet democracy’s fate depends in large part on the actions of democratic leaders. Will they address the major challenges before us, elevate public debate, and act consistently, both at home and abroad, with the democratic and human rights principles they claim to defend?

Being the least bad system of governance may not be enough if public despair at democratic leaders’ failure to meet today’s challenges leads to public indifference, if not despair, about democracy. That opens the door for charismatic autocratic leaders.

The defense of human rights requires not only curbing autocratic repression but also improving democratic leadership.