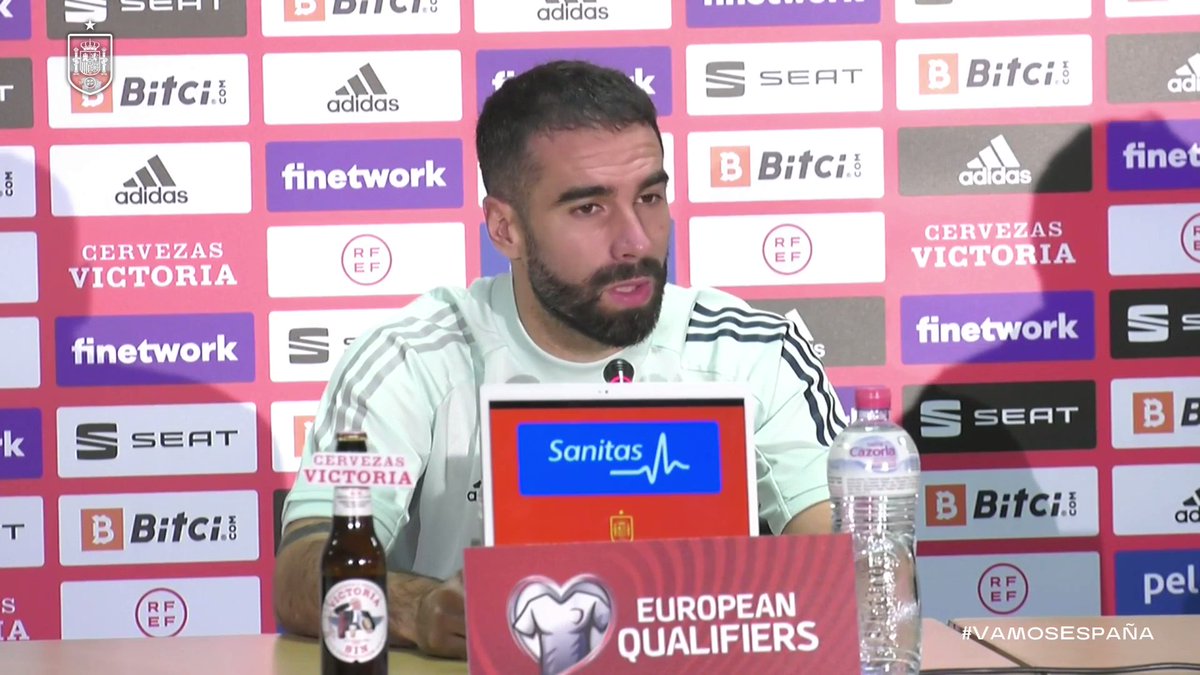 La Roja have a big week on the horizon. Tomorrow evening they face Greece in Athens before hosting Sweden in Seville on Sunday evening. If they want to safely secure their place in the 2022 World Cup in Qatar, they’re going to need to win both games.

Spain are currently second of Group B in World Cup Qualifying, two points behind pace-setters Sweden. Greece are four points behind in third. Given the ultra-competitive nature of the play-off system Spain will enter should they fail to top the group, it’s really within their interests to make sure they avoid that scenario.

Speaking to the assembled media on Wednesday afternoon in comments carried by Marca, Luis Enrique and Dani Carvajal sought to project a certain serenity about Spain’s prospects. As a group, they’re entering the game in a good moment following their impressive displays in the Final Four of the Nations League.

“With [Julen] Lopetegui I had a very good experience on a personal level, but I can also say the same about Luis Enrique,” Carvajal revealed. “His idea of the game was reflected in the first call. He likes to work for the team. I see and understand that way of football. Both he and Lopetegui see football in a similar way.

“Unfortunately I haven’t been able to play all the games that I would have liked with the national team. We have to win no matter what, we’re going to do everything to win tomorrow and we have to treat it like it’s a final, knowing the play-off is going to be very tough. We have to try and go out to avoid it.

“The group is fantastic. I’ve seen the documentary about Euro 2020 and it’s a very healthy group in which everyone is going in the same direction.”

Carvajal was then asked about how he’ll handle the pressure of the coming week. “I’ve listened to the coach,” he laughed. Luis Enrique had spoken previously of the need to embrace pressure. “We’ve talked about how we always fight for the titles and we’ve never fought for relegation or something like that. The pressure is nice and you have to enjoy it.”