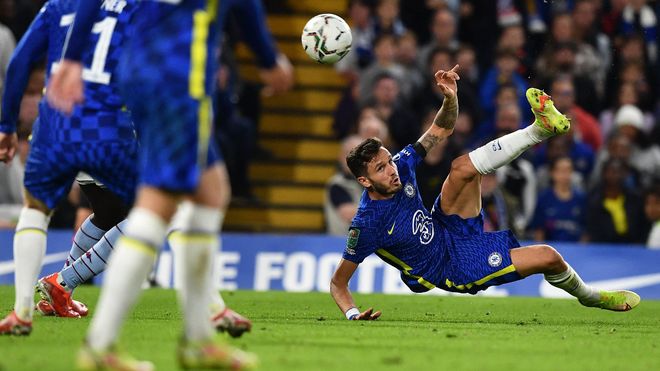 Chelsea midfielder Saul Niguez is the most valuable player living the life of a reserve according to a report in Diario Sport.

Saul has played just 438 minutes in eight games under Thomas Tuchel, and it’s thought that the London club have no intention of triggering the option to buy they retain in his loan deal. In fact, they may try to send the midfielder back to Madrid in January.

Gil has played just 575 minutes across 12 games at Tottenham Hotspur, while Van de Beek has figured for just 154 minutes across five games for Manchester United. Jovic has earned minutes in seven games at Real Madrid, while Reiner, on loan at Borussia Dortmund from Madrid, has featured in eight games.

Also on the list is Barcelona centre-back Clement Lenglet. The Frenchman, signed for €35m from Sevilla in the summer of 2018, is the fourth or even fifth-choice option at the centre of defence at Camp Nou, and has played just 374 minutes in eight games this season. Gerard Pique, Eric Garcia, Ronald Araujo and even Oscar Mingueza have all been chosen before him.