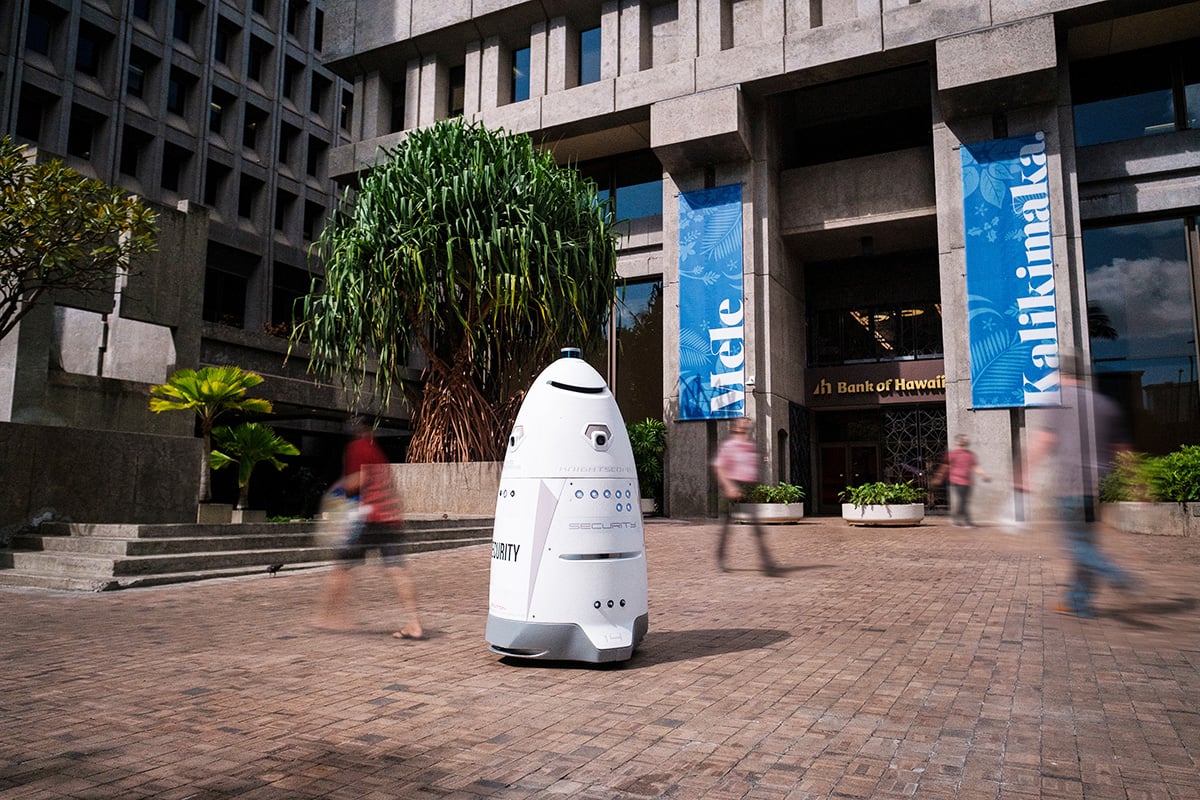 They’ve stopped visitors (together with buses with curious drivers), made pedestrians pause and are the speak of Fort Street Mall. Two robots are beefing up Bank of Hawai‘i’s safety crew.

The 5-foot-2-inch, 398-pound bots are constructed to face up to climate and pranksters, and every strikes at an affable tempo, “not too fast, so people can see it, recognize … that it’s attentive, it’s doing patrols,” says senior VP and company safety director Brian Ishikawa.

The robotic’s 4 cameras present 360-degree recorded views of the financial institution’s campus and parking storage 24/7. People can push a button on a bot to talk with the guards on obligation—the most typical query being “when does the bank open?”

So why aren’t the first-in-the-Islands robots decked out in Bankoh blue? To keep away from folks calling them R2-D2.

This story initially appeared as “Domo Arigato” within the April 2022 concern of HONOLULU Magazine. Get your copy at store.honolulumagazine.com and subscribe to the print and digital editions now. Then comply with us on Instagram @honolulumag.