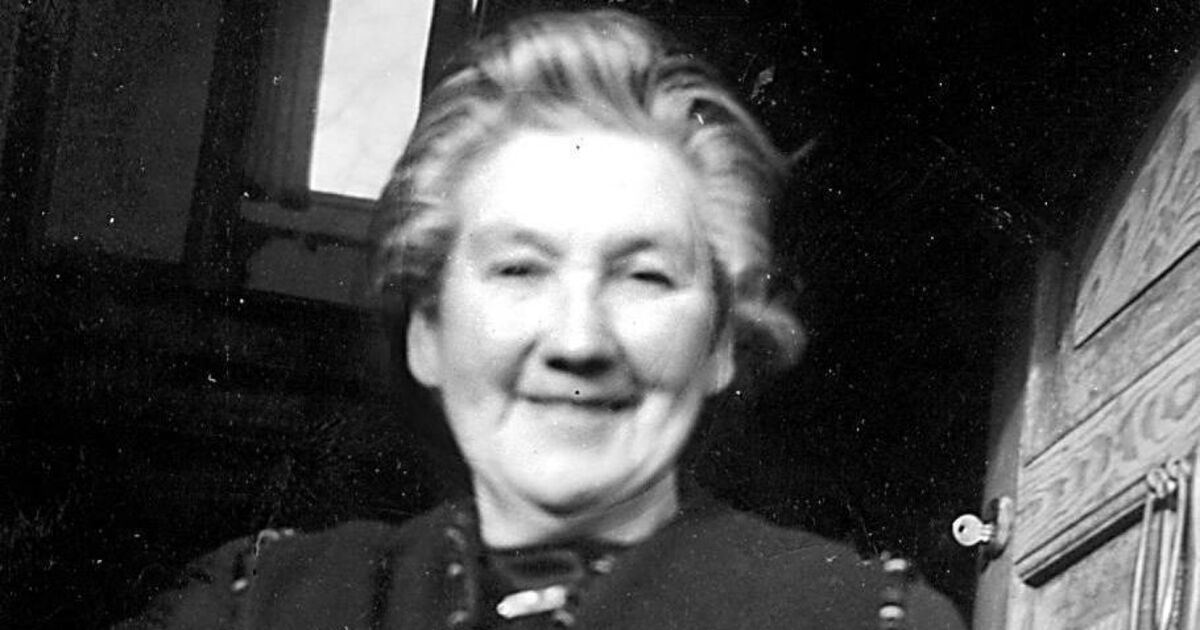 Accepting brown envelopes from strangers has traditionally been regarded as the preserve of politicians, rather than history lecturers. Two decades ago, however, at the launch of his grandmother’s song collection, Dáibhí Ó Cróinín found himself in receipt of an envelope containing not banknotes but an old copybook that once belonged to his late father Donncha. On its pages were the words of songs sung by his grandmother Elizabeth (Bess) Cronin, in her own handwriting.

These have now been included in Ó Cróinín’s newly-published second edition of The Songs of Elizabeth Cronin, a compendium of around 200 of the songs in Irish and English which drew song-collectors from Ireland, Britain, and America to visit Bess at her home in the Cork village of Baile Mhic Íre.

“We were launching the book back in 2000 down in Cúil Aodha, and afterwards a gentleman came up to me and he had a brown envelope – the infamous brown envelope – but in this case it wasn’t a bribe,” says Dáibhí. “In the brown envelope he had a copybook and in it were six other songs by Bess Cronin, written by her in her handwriting. “He handed them over to me and said I’d ‘find use for these’.”

The man in question was a local writer, retired schoolteacher Seán Ó Muimhneacháin, who had been given the copybook by the late John O’Connell, a singer and musician from Baile Mhúirne.

“It came to me second-hand from Bess,” said Mr Ó Muimhneacháin. “She gave this copybook to John Connell and John Connell, several years later, passed it on to me and I had it lying around idle for several years.

“He [O’Connell] was very friendly with the Cronins. They played music together and sang a lot together. He sang a lot of the same songs as Bess and I’m sure they exchanged songs. I knew John very well through music and he was very generous with his songs and music.”

The 1939 copybook, he explained, had originally belonged to Bess’ youngest son Donncha, who was to become professor of Irish in Dublin’s Our Lady of Mercy Training College, Carysfort.

“It was an old, partially-used copy that he used in his college days [where] he had written his teaching notes and he had obviously discarded that at home,” said Mr Ó Muimhneacháin. “His mother was probably into recycling and not wasting paper and found this copy that was only partially used and she used up the rest of it with songs.

“It contained handwriting of Dáibhí’s father and of his grandmother and I realised Dáibhí was the person who should have it, when he brought out the first book on Bess.”

The copybook’s survival, described by retired NUI Galway lecturer Dáibhí as “nothing short of miraculous”, has resulted in the addition of the six songs to the newly-published edition. They include ‘The Donkey’ and ‘Jerry Foley’s Adventure’, both written by Liscarrigane poet George Curtin.

The songs, some of them previously unknown versions, augment an already extensive collection which is accompanied by detailed analysis and historical context, as well as two CDs of original and re-mastered recordings of Bess’ singing.

That so much material should survive relating to Bess, born in 1879 to Maighréad Ní Thuama and Seán ‘Máistir’ Ó hIarlaithe, headmaster of Scoil Barr d’Inse, is due to the work of Donncha and his brother Seán Ua Cróinín, and in no small part to the visits of the song-collectors who recorded her.

First among them was Séamus Ennis, who collected her songs for the Irish Folklore Commission in the 1940s and again for the BBC with Brian George in the early 50s, followed by others including American collectors Alan Lomax in 1951, Jean Ritchie and George Pickow in 1952, and Diane Hamilton in 1956.

Bess, whose son Seán became a collector for the Irish Folklore Commission, was a sought-after source of songs due not only to the sweetness of her voice, but to the breadth of her repertoire in both her native Irish language and in English. Her store encompassed patriotic and local folk songs, many of the ‘Child Ballads’, and extended to songs from as far afield as Australia.

Her song acquisitions began at her own home and in that of her childless aunt and uncle, with whom she went to live, continuing after her move to a house known as ‘The Plantation’ in Baile Mhic Íre following her marriage to Jack Cronin.

The Plantation became a gathering place for singers and musicians, many of whom, such as the fiddle player Paddy Cronin, made recordings there.

“She knew Pádraig O’Keeffe and Denis Murphy well – they came to the house regularly. There were certain houses that welcomed visitors, storytellers, and musicians, and certainly The Plantation was one of those,” says Dáibhí.

Bess’ range of songs also owes much to the ‘bacaigh’ of the road, the “travelling people who literally sang for their supper, and she says herself that she learned a lot of songs that way,” adds Dáibhí.

“They certainly came to The Plantation and I suspect they came to the house she went to, to mind the aunt and uncle. That’s the impression I got, that they were frequent visitors.

“Amongst the papers that I have that my father collected there’s a list of 100 of these bacaigh by name, and they were all highly thought of. There was a very different attitude to these people then,” he adds.

Several factors marked out Bess as a repository of song. Also a noted storyteller, she “had a phenomenal memory – she could pick up a song at one hearing” says Dáibhí.

“She had access to the Irish songs, which was part of the attraction – it’s not sean-nós, but something quite different – and Bess had probably an equal number of English as Irish songs.

“Lomax, Hamilton, and Ritchie came over in the first place because they were interested in the English-language songs, but they all recorded Bess in Irish as well, so there’s that advantage, that you have good-quality recordings of her songs.”

Bess, however, was not recorded until she was approaching 70 and, says Dáibhí, “in later years when singers like Bess have to be economical with their voice or their breath, it generates a particular kind of style and I think her style is pretty distinctive from that point of view.

“I think the reason why Bess’ style appeals is that it’s gentle, unstrained,” he says. “She’s regarded as the source and font of that style of singing.” The decision to republish and update ‘The Songs of Elizabeth Cronin’ serves a number of purposes, in addition to the inclusion of rediscovered material.

Out of print for more than 18 years, its reincarnation satisfies “popular demand”. It has also allowed its editor to revise the text after what he describes as “a bit of a row” which brewed following an unfavourable review of the original book, by the late Fred McCormick in online magazine ‘Musical Traditions’.

“There were a couple of complaints about what people thought I had done with the songs,” says Dáibhí. “One of the reviews accused me of having Bowdlerised the songs, and having mis-transcribed them, and given different versions of songs, and basically ruined them.

“It was all one big misunderstanding,” he says, explaining that his transcriptions, some taken from his father’s notes, did not in places tally with the CD versions of his grandmother’s singing, due to the recording selection and re-mastering being by necessity completed in Ireland while he was engaged in research abroad.

In the new edition, “everything you hear on the CDs is exactly what you see on the printed page,” he asserts.

Bess Cronin, once described by Séamus Ennis as the ‘Muskerry Queen of Song’, passed away in 1956. Her songs live on in the repertoire of many of today’s keepers of the tradition, including her grand-nephew Iarla Ó Lionáird, their legacy now enshrined anew by her grandson’s collection.