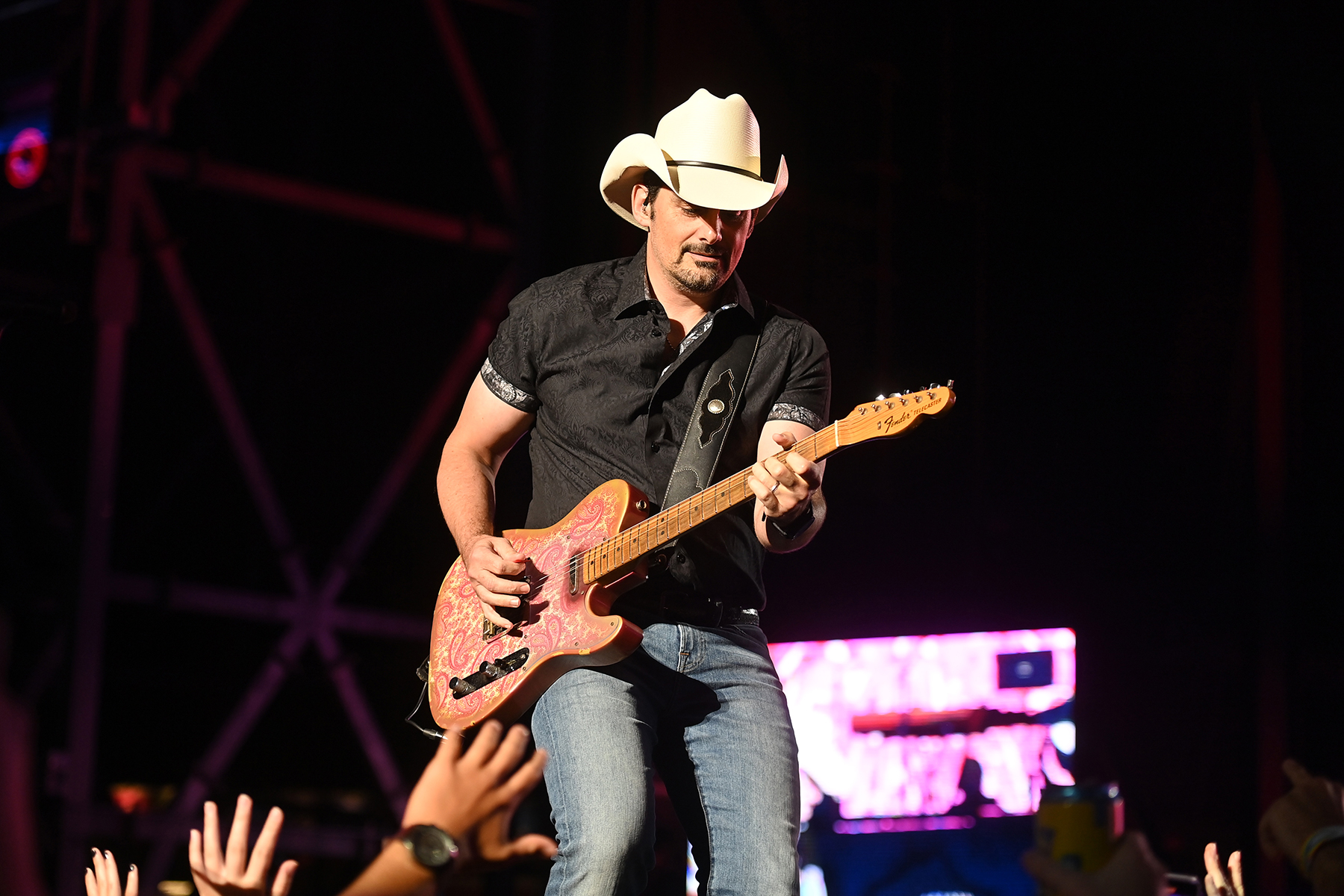 Like just about everybody else, Paisley is pivoting to podcasts, however solely briefly in his case. His new track is the theme for the brand new pod Naked Lunch, by which David Wild, the longtime Rolling Stone function author who now writes for tv — together with the annual Grammys ceremony — groups up with Everybody Loves Raymond creator Phil Rosenthal for a weekly interview collection… over lunch.

“Many years ago, when we were working on a project together and I thought he owed me a big favor, I booked Brad to play my funeral someday,” Wild says. “But earlier this year, I told Brad that if he would write our theme song, then I would allow him not to perform at my funeral, but rather just sit back and enjoy the festivities.”

“I just wanted to do my part to calm a world rattled by the very notion that David Wild and Phil Rosenthal might be doing anything unclothed,” Paisley says. “Once I realized the title was a metaphor, I felt relieved and honored to write the theme song for their podcast… These two love to talk and love to eat, and it’s the perfect setting.”

The first two episodes, which drop May 12, function interviews with Paisley himself (“I really had a blast,” he says), and Raymond stars Ray Romano and Brad Garrett. “It’s a double serving that sort of defines the origins of the show,” Wild says. “Brad‘s a friend of mine who’s become a friend of Phil’s. I’ve become friends with Ray because of Phil — although I’m still slightly intimidated by Brad because of the height differential.”