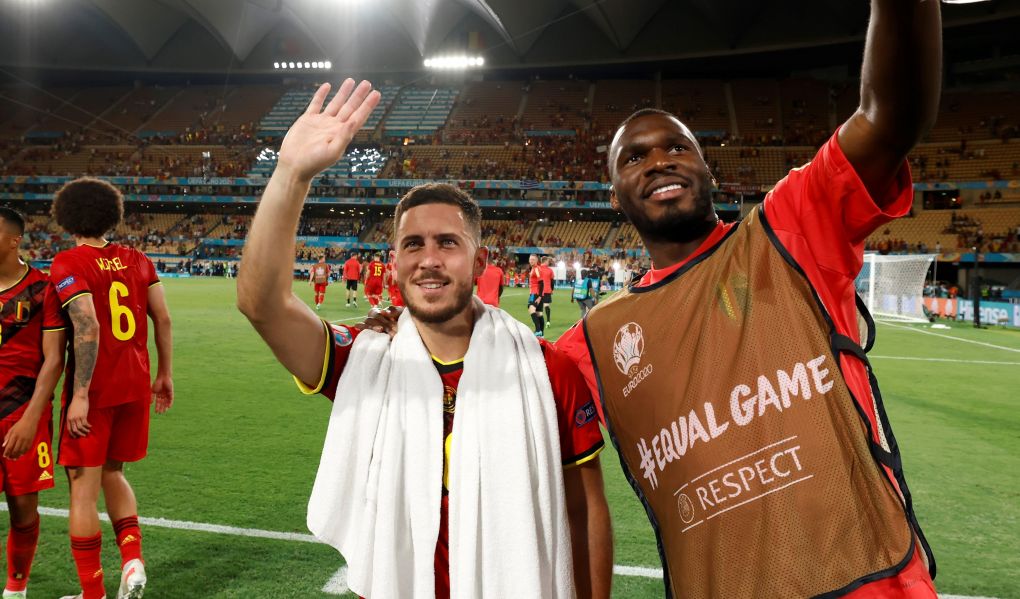 Belgium star Christan Benteke has weighed in on the topic of Eden Hazard.

Hazard is struggling for form again this season having failed to live up to his big-money move from Chelsea in 2019.

The Belgian has struggled with injury for much of his time at the Santiago Bernabeu so far, missing more than 30 games through various setbacks last season.

But this term, he is fit and still not playing, Carlo Ancelotti choosing other players ahead of him due to form.

Rodrygo and Vinicius Junior are the preferred wing options currently, and Hazard faces a tough battle to win his spot up, especially with Gareth Bale now adding to the competition by returning from injury.

In the meantime, Crystal Palace and Belgium frontman Benteke has spoken about Hazard’s troubles and how the winger has adapted his game on the back of his injuries.

“Hazard has a history of important injuries and now he avoids more contact in his game,” Benteke has said during international duty, as cited by Diario AS.

“When you have had a past like this, you subconsciously think of it. But it’s not because he doesn’t dribble past five or six men, he doesn’t need to do that now to have a good game.

“Now he moves more intelligently on the field.”