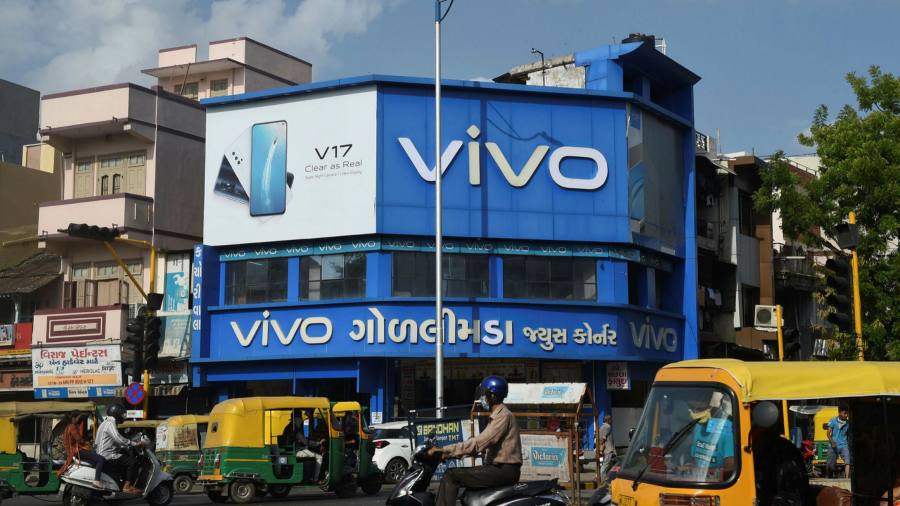 The raid was New Delhi’s latest action against a Chinese-owned company, after authorities accused Xiaomi, another device maker, of unlawfully remitting more than $700mn abroad in May. Xiaomi denied wrongdoing.

“The frequent investigations by the Indian side into Chinese enterprises not only disrupt the enterprises’ normal business activities and damage [their] goodwill,” Wang said late on Wednesday, “but also impedes the improvement of the business environment in India”.

The Enforcement Directorate has not commented on the case.

Following border clashes in 2020 between Indian and Chinese troops in the Himalayas that damaged the nuclear-armed neighbours’ bilateral relations, New Delhi banned hundreds of Chinese-owned apps, accusing them of “stealing and surreptitiously transmitting” users data. The government also made clear that it wanted to phase out use of Huawei equipment in the telecoms sector.

But Chinese technology companies still control about three-quarters of India’s smartphone market, one of the biggest and fastest-growing globally.

Shruti Pandalai, associate fellow at the Manohar Parrikar Institute for Defence Studies and Analyses, said that “the fact that Indian trade with China in the first quarter has remained high despite the chill in relations and security crackdowns, shows that Indian dependency on Chinese imports will take time to course correct”.

Vivo, which launched in the country in 2014 and has more than 600 stores there, was the fourth-biggest smartphone seller in the first quarter of the year, according to Counterpoint Research, with 15 per cent of the market.

Vivo manufactures all the smartphones it sells in India at its Greater Noida factory in Uttar Pradesh. In a 2021 report, Vivo said it would start exports from India this year and proposed Rs35bn ($443mn) worth of investment by 2023.

In its 2020 financial year, the latest filing available, Vivo India booked a 45 per cent sales increase to Rs250bn, but losses before depreciation, interest and taxation of Rs3.5bn.

Jaishankar said the hour-long discussion touched on the border situation and “students and flights”, a reference to Indians unable to resume their studies in China because of its harsh Covid-19 lockdowns.

General Motors this month said it had cancelled its sale of a mothballed Indian factory to China’s Great Wall Motor after two years because it had not obtained regulatory approval.