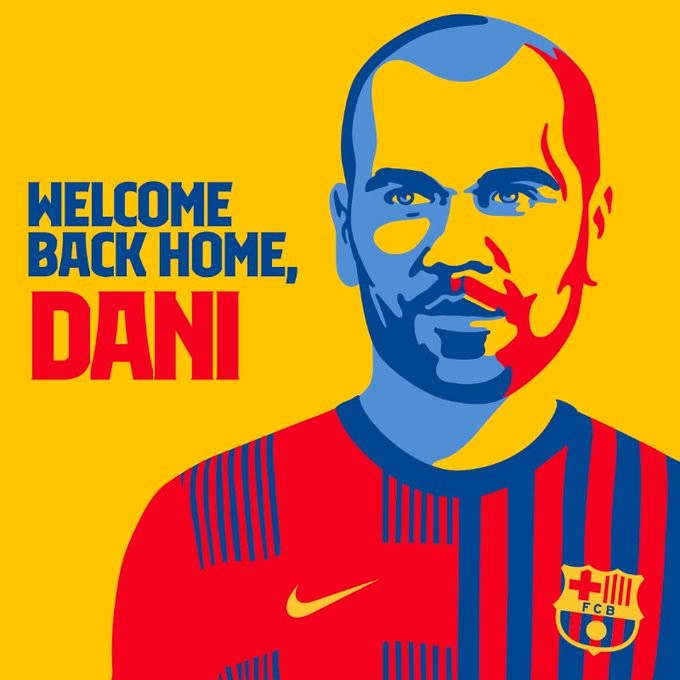 Barcelona have confirmed the return of Brazilian star Dani Alves on a free transfer.

La Blaugrana boss Xavi has secured his first signing after returning to the club last week with Alves signing a short term deal until the end of the season subject to international clearance.

Alves has been a free agent following his departure from Sao Paulo earlier this year with a long awaited Camp Nou comeback mooted as his desired destination.

The 38-year-old returns to add his vast experience to Xavi’s squad in the coming weeks after enjoying an incredibly successful spell as his former teammate.

Alves won six La Liga titles alongside Xavi in a dominant Barcelona team between 2008 and 2016 alongside three Champions Leagues.

The former Sevilla full back remains a huge fans favourite at Barcelona, and he is expected to play a key role for Xavi in the months ahead, as the pair aim to launch a title challenge in 2022.