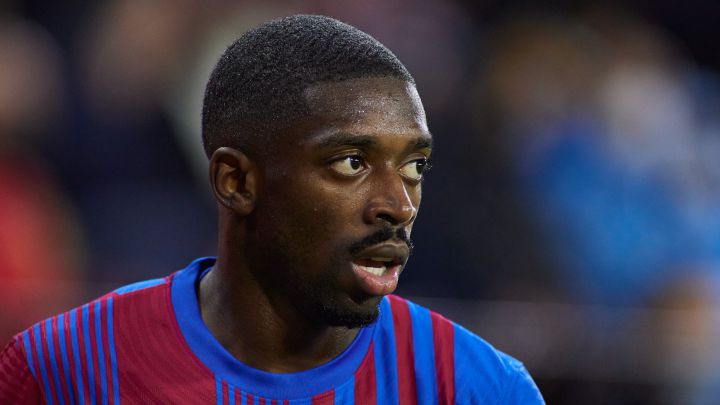 Barcelona have had enough of Ousmane Dembele and are seriously considering leaving him in the stands for the second part of the season according to TV3 and Diario AS.

Dembele cost Barcelona €140m when he joined them in the summer of 2017 from Borussia Dortmund as part of the Catalan club’s effort to replace Paris Saint-Germain-bound Neymar.

But he’s failed to replicate the form that earned him the move in the first place, suffering an incredible number of injuries that’s derailed his ability to contribute to Barcelona’s attack.

Despite this, during recent talks to renew his contract his agent, Moussa Sissoko, demanded a signing-on bonus of €45m to be included in the deal – €15m for Sissoko and €30m for Dembele.

Due to this demand, it seems that the Frenchman simply won’t be staying at Camp Nou beyond this summer, when his current deal runs out. Juventus are apparently well-positioned.

Xavi, however, has spoken in the past that he doesn’t believe in ostracising contract rebels – that once an individual is contracted to a club, he’ll play. It remains to be seen how this one develops.