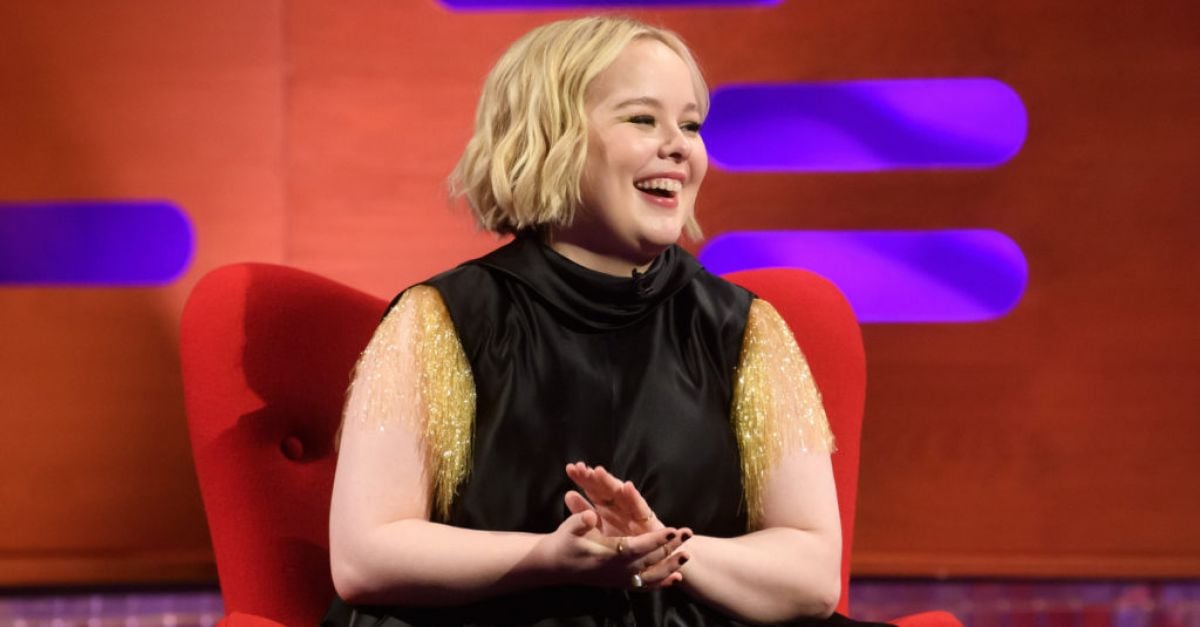 Nicola Coughlan has taken to social media to make a simple request: for people to stop sending comments about her body.

“If you have an opinion about my body please, please don’t share it with me,” the 35-year-old wrote on Instagram.

“Most people are being nice and not trying to be offensive but I am just one real life human being and it’s really hard to take the weight of thousands of opinions on how you look being sent directly to you every day.

“If you have an opinion about me that’s ok, I understand I’m on TV and that people will have things to think and say but I beg you not to send it to me directly.”

It’s a powerful statement, showing just how much of an impact throwaway comments on someone’s body can have. In the society we live in – where we’re constantly bombarded with images of the ‘perfect’ body on social media or wildly unrealistic ‘what I eat in a day’ posts – it’s hard to not think about how you look in a critical way, and this can have a huge impact on your mental health.

Imagine this, but amplify it by a factor of 100, with strangers feeling like they can send unsolicited comments because you’re a public figure.

Coughlan isn’t the only celebrity to make this kind of statement. Jonah Hill hit the headlines in 2021 after posting on his Instagram: “I know you mean well but I kindly ask that you not comment on my body. Good or bad I want to politely let you know it’s not helpful and doesn’t feel good. Much respect.”

This isn’t the first time Hill has spoken about his relationship with his body – and how other people view it. When talking about being part of skateboarding and comedy, he told GQ: “I was an insecure, overweight kid, which in both of those communities is like having a scarlet letter on you. You are a target for abuse.”

He also reposted a news story about him changing his top on the beach, with the caption: “I don’t think I ever took my shirt off in a pool until I was in my mid 30s even in front of family and friends. Probably would have happened sooner if my childhood insecurities weren’t exacerbated by years of public mockery about my body by press and interviewers.”

This shows just how deep comments can cut – and how they can be carried with you for years. Hill is lucky he’s arrived at a positive place (“I’m 37 and finally love and accept myself,” he wrote on Instagram), but we can’t help but wonder if not everyone is able to get there – and this can have an impact on your whole life and sense of self-worth.

It’s interesting both Coughlan and Hill mention they don’t want unwarranted comments – whether they’re good or bad – perhaps because all it’s doing is reducing them to what they look like. Particularly in Hill’s case, a lot of the positive comments he’s received on social media and in the press came after he lost weight – suggesting he’s more worthy of praise when he’s slimmer, when in fact, like everyone, he is worthy of love regardless of the number on the scale.

Whether you’re a celebrity or not, your self-worth shouldn’t be linked to how you look – but that can be a hard thing to wrap your head around, particularly if people are bombarding you with thoughts and comments on a daily basis.

We live in such an image-obsessed world, it might be better to just steer clear of comments on someone else’s body entirely. It’s such a personal and loaded thing, even if you think you’re being helpful, you might be doing more harm than you know.