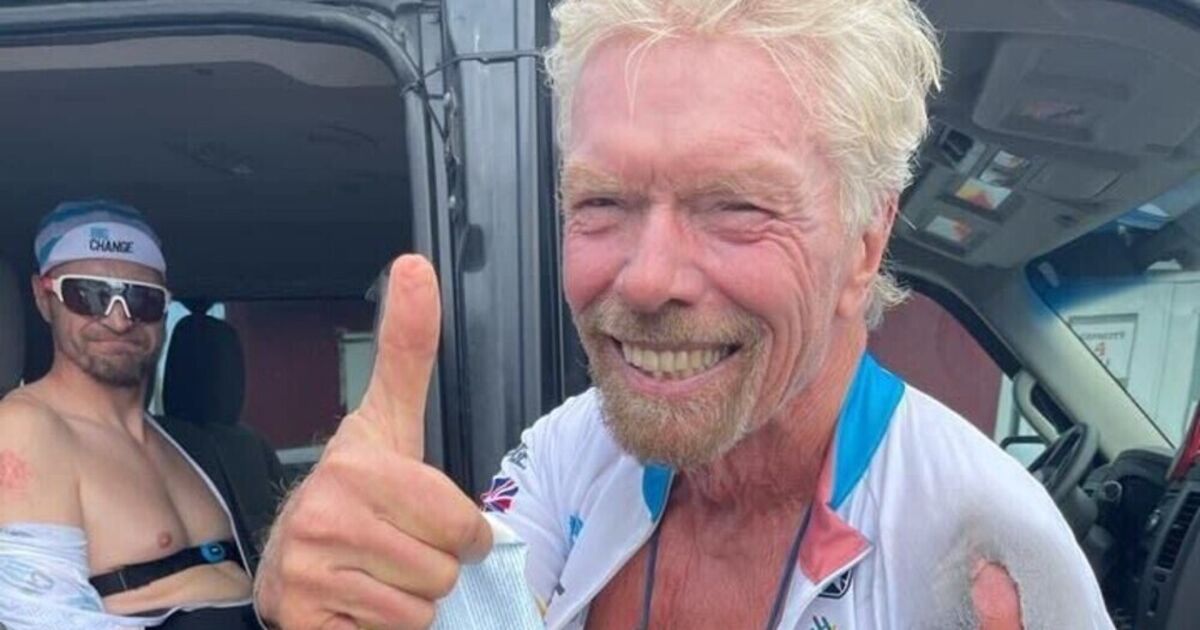 Billionaire tycoon Richard Branson has been injured in a collision while taking part in a charity bike ride.

The founder of the Virgin Group was taking part in the second day of the Strive BVI challenge in the British Virgin Islands in aid of Big Change, a charity founded by his children Holly and Sam, when he collided with another cyclist.

In a blog post uploaded to the Virgin website on Wednesday, Mr Branson said he went on a 75-kilometre bike ride around Tortola when his brakes failed while he navigated around a steep corner and an oncoming car.

Mr Branson said his life was saved by his wearing of a helmet when he crashed into fellow cyclist Felix Stellmaszek, but adding that was only one of three options which included crashing into the car and falling down a steep cliff.

He wrote: “We both fell off our bikes and our heads and bodies slammed into the concrete road.

“There is no question that wearing helmets saved our lives, not the first time that has been the case.

“We both lay flat out on the road as the rest of the team gathered around us.

“I stayed still, hoping I hadn’t broken my back or paralysed myself.

“Slowly, I moved my limbs and was relieved they responded.”

Mr Branson has said he has been left with cuts and bruises to his elbow, a bump on his hip and a haematoma on his leg.

Just moments after the crash, as the pair were being taken to a van to go to hospital, Mr Branson said another vehicle “came hurtling” around the corner and “careered into another vehicle right where we had just been lying”.

He added that it was “another close shave.”

It is not the first time Mr Branson has been injured in a cycling incident.

In 2016, he suffered a cracked cheek and several torn ligaments following a collision.

Mr Branson wrote on Wednesday: “It is incredible how adrenaline kicks in when you are injured, it was only after getting home and lying down that my injuries really started to throb.

“I’m now sitting with my feet up, with ice packs on my injuries, which are starting to go down.”