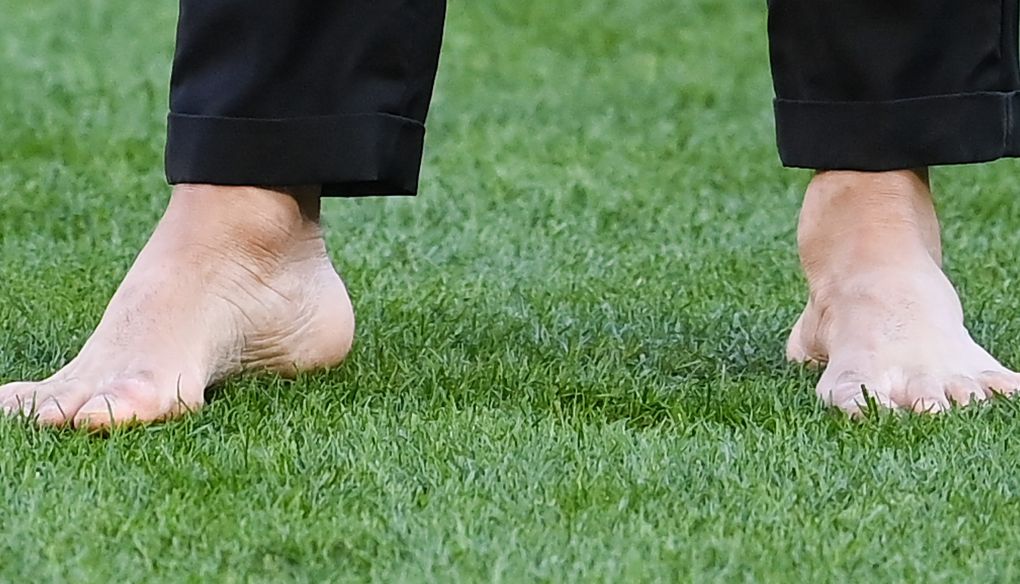 The Brazilian is had his official unveiling today after penning a deal until the end of the season.

The 38-year-old returns after five years to work under Xavi Hernandez, adding to the excitement from Barca fans over the new project at Camp Nou.

Alves can’t play until January due to squad registration rules, but until then, he will be working away behind the scenes to regain full fitness having not played for some time, leaving Sao Paolo in September.

The experienced full-back was officially unveiled to fans today at Camp Nou, and it’s fair to say he chose a strange outfit…or at least the footwear part of it.

Alves turned up turtle neck and a velvet suit jacket with trousers.

A smart and flashy choice, but the outfit was coupled by beach flip flops.

You can take the man out of Brazil but not Brazil out of the man.

The outfit can be seen on the tweet below.

Alves later changed into the Barcelona home kit for pictures.