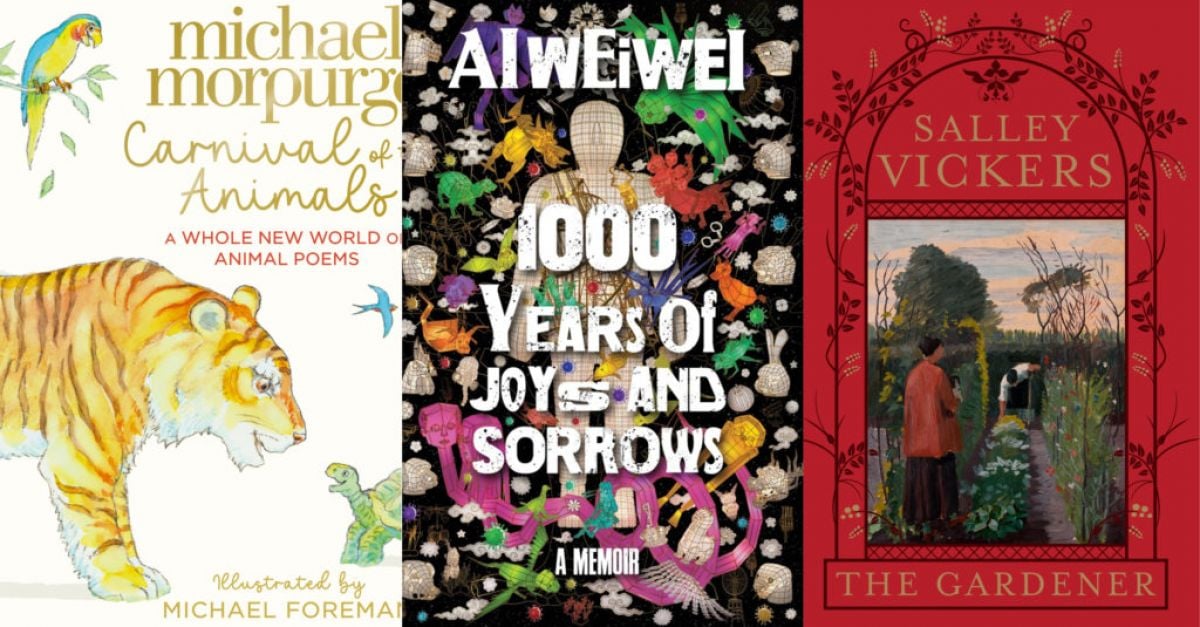 1. Never by Ken Follett is published in hardback by Macmillan. Available now

Ken Follett is back with another epic novel, this time a weighty contemporary thriller exploring just how easily we could descend into World War Three. Never spans the globe with a host of authentic characters and evocative locations; from the first female US president juggling global diplomacy and domestic opposition, to a CIA agent deep undercover in the Sahara Desert, and a young senior government official in China trying to drag old Communist traditionalists into the present day. A master storyteller, Follett has a  special talent for creating a tale that’s vast in scale, yet richly detailed. Each character arc could be a standalone novel – together they make an ambitious and compelling narrative, exploring the consequences of international power plays and the chilling imminence of global catastrophe.
9/10
(Review by Rebecca Wilcock)

2. The Dark Hours by Michael Connelly is published in hardback by Orion. Available now

Los Angeles detective Renee Ballard is sitting in her unmarked car on New Year’s Eve when she’s called to a shooting at a street party, with the victim associated with a local gang. The incident is linked to an unsolved murder investigated by retired detective Harry Bosch, who Ballard turns to for help. The two join forces on both cases, against the backdrop of the pandemic, social unrest and the storming of the US capitol. Michael Connelly is a former police reporter, and he impresses with his specialist knowledge of the force – as well as ingenious storylines on how criminal minds work. The book will keep readers gripped from the opening page to the dramatic conclusion.
8/10
(Review by Alan Jones)

3. The Gardener by Salley Vickers is published in hardback by Viking. Available now

Writing with profound psychological insight and a sense of place that is her hallmark, head to @Waterstones to pick up your copy: https://t.co/SnX9hjS5gm pic.twitter.com/B7tviIPngU

The Gardener tells the story of two sisters Hassie, an artist, and Margot, working in finance. They use the money left to them by their dead father to buy a dilapidated Jacobean house in Hope Wenlock on the Welsh marshes. Margot continues working in London, so Hassie is left alone to contend with the large house and its overgrown, unloved garden. She is recommended the help of gentle and discreet Murat, and they get to work reviving the place. This quiet allows her the opportunity to reflect on her previous life; her childhood, her romances and her grief. The Gardener is a real testament to nature, showing how it can nourish and give someone like Hassie the space to heal. A charming book, which Vickers wrote during lockdown while she worked on her own wild garden, making it perfect for a winter evening read.
7/10
(Review by Frances Wright)

4. 1000 Years Of Joys And Sorrows by Ai Weiwei is published in hardback by Bodley Head. Available now

We have 10 proof copies of 1000 Years of Joys and Sorrows up for grabs, the memoir of one of the world’s most famous artists and activists – Ai Weiwei.

Chinese artist Ai Weiwei is best known in Britain for filling the Tate Modern’s vast Turbine Hall with tens of millions of tiny sunflower seeds in 2010, and his prominent role in the design of Beijing’s iconic Bird’s Nest Olympic Stadium. After producing a series of works seeking to expose government corruption and cover-ups, including a dogged attempt to chronicle the lives children killed in the devastating Sichuan earthquake, Weiwei was detained without charge for 81 days in 2011. In 1000 Years Of Joy and Sorrows, the artist presents a heartfelt history of his own experiences, and those of his father, the celebrated poet Ai Qing, who fell foul of the Maoist regime and was expelled to distant Xinjiang. Through his reflections, Ai presents a gripping history of 20th century China and a timely reflection on the importance of art as a medium for underscoring injustice, and never forgetting.
8/10
(Review by Mark Staniforth)

Children’s book of the week

5. Carnival Of The Animals by Michael Morpurgo, illustrated by Michael Foreman, is published in hardback by HarperCollins Children’s Books, priced £14.99 (ebook £8.99). Available now

Michael Morpurgo’s latest offering is a collection of children’s poems inspired by 19th-century composer Camille Saint-Saëns’ musical suite of the same name, celebrating nature and the magnificent animals who share our planet. Each poem is witty and buoyant, giving voice to creatures great and small – from a spiteful Camel and sentimental mother Elephant to a pair of misunderstood Giraffes and a humble Bumblebee. A personal highlight is Mammoth, detailing the scientific endeavour to revive this extinct creature with heroically charged overtones about the will to succeed. With stunning illustrations and foreword by Michael Foreman, this delightful book would make a charming keepsake and welcome addition to any burgeoning bookshelf – or maybe the perfect timeless gift for any child, just in time for Christmas.
9/10
(Review by Holly Cowell)

Hardback (fiction)
1. Better Off Dead by Lee Child & Andrew Child
2. The Promise by Damon Galgut
3. The Man Who Died Twice by Richard Osman
4. Silverview by John le Carré
5. Beautiful World, Where Are You by Sally Rooney
6. The Cat Who Saved Books by Sosuke Natsukawa
7. The Judge’s List by John Grisham
8. Lore Olympus by Rachel Smythe
9. Dune by Frank Herbert
10. How To Kill Your Family by Bella Mackie
(Compiled by Waterstones)

Hardback (non-fiction)
1. The Lyrics by Paul McCartney
2. 1000 Years Of Joys And Sorrows by Ai Weiwei
3. Windswept & Interesting by Billy Connolly
4. Immune by Philipp Dettmer
5. Guinness World Records 2022 by Guinness World Records
6. This Much is True by Miriam Margolyes
7. Private Eye Annual: 2021 by Ian Hislop
8. And Away… by Bob Mortimer
9. The Storyteller by Dave Grohl
10. Renegades by Barack Obama & Bruce Springsteen
(Compiled by Waterstones)

Audiobooks (fiction & non-fiction)
1. Windswept & Interesting by Billy Connolly
2. The Promise by Damon Galgut
3. This Much Is True by Miriam Margolyes
4. The Storyteller by Dave Grohl
5. The Man Who Died Twice by Richard Osman
6. The Plantagenets: The Kings Who Made England by Dan Jones
7. Don’t Laugh, It Will Only Encourage Her by Daisy May Cooper
8. And Away… by Bob Mortimer
9. Better Off Dead by Lee Child & Andrew Child
10. The Thursday Murder Club by Richard Osman
(Compiled by Audible)